HomeCultureFamilyhope“The Diameter of the Virus”: Connections in the Age of COVID 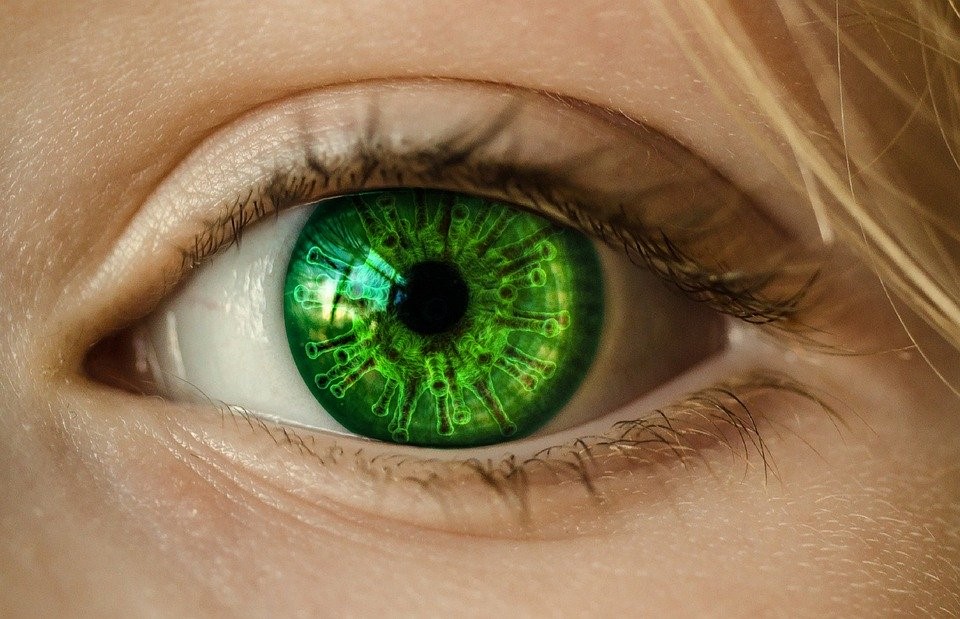 This article was originally distributed through Yale University’s Slifka Center and is republished here with the permission of Rabbi Rubenstein. While it is addressed to Yale’s Jewish community, it is a transcendent message that I think all of us can relate to in this time of uncertainty and un-connectedness. This originally published in The Havok Journal on May 26, 2020.

Along with this message, I am sending hopes for your safety, health, security, and even calm and joy. I know that for many of us, the last week has been a hard one – losses of loved ones, of future plans, and of paychecks that we have not yet absorbed. Please know that I, along with everyone here at Slifka Center, am eager to hear from you and to connect – whether over words of Torah, raw emotion, or financial precarity.

The world-changing potential of something as tiny as the RNA-particle that is SARS-CoV-2 defies comprehension. The only parallel I can grasp is the earliest stages of pregnancy. A positive test, a microscopic biological reality rendered visible by a solid line – and more recently, the first ultrasound, the sight and sound of an impossibly small heart beating over one hundred times a minute: tiny beginnings of life transform our lives – and our world – in ways previously unimaginable. The virus and the fetus are mirror images: the devastation and flourishing of human life, beginning invisibly and ultimately remaking the world.

The diameter of SARS-CoV-2 is roughly 100nm. It infects the much larger cells in our lungs; the immune response it triggers envelops the entire body. A six-foot radius of air around us carries its particles to others. Its contagious potential inspires mortal fear in those who care for the infected, and will leave life-long marks on children of first-responders who daily wonder “What happens if you and Daddy die?”. Because of this molecule and the unjustly distributed suffering our economy metes out, more than 40% of America’s mothers with children under 12 report not having enough food for their families. Half of the world stands to lose their income – all because of the radiant destructiveness of something too small for us to imagine. And then there are the next two generations of humanity, who will chart their lives on coordinates mapped out by COVID-19’s aftermath.

I first imagined this type of spatial geometry in 2001, when Rabbi Shai Held taught a group of fearful Harvard undergraduates Yehuda Amicha’s deservedly famous poem, “The Radius of the Bomb” – as a way to digest our heartbreak at the bloodshed of the Second Intifada. Published in 1978, the poem is careful not to be confined to any one place, its global (and metaphysical) horizons anticipated in its location-less opening:

The diameter of the bomb was thirty centimeters
and the diameter of its effective range about seven meters,
with four dead and eleven wounded.
And around these, in a larger circle
of pain and time, two hospitals are scattered
and one graveyard. But the young woman
who was buried in the city she came from,
at a distance of more than a hundred kilometers,
enlarges the circle considerably,
and the solitary man mourning her death
at the distant shores of a country far across the sea
includes the entire world in the circle.
And I won’t even mention the howl of orphans
that reaches up to the throne of God and
beyond, making
a circle with no end (ein sof) and no God (ein Elohim).

The poem culminates in a picture of the destruction of human life – be it planned and intended, or the result of negligence and selfishness – reaching all the way to God, and beyond. Here Amichai’s Hebrew is theologically charged in a critical, untranslatable way. ‘Ein sof’ is not merely ‘no end’ – it is also the Kabbalistic name for God’s most transcendent point, utterly beyond, and unconcerned with, the world. Similarly, ‘Elohim’ is not merely ‘God’, but also the Divine name representing stern judgment; it is in contrast to the tetragrammaton, which signifies God’s inexhaustible compassion. So the poem’s closing line means both that the bomb’s destruction reaches beyond even God (which is close to meaning that there is no such thing as God) and that God is overcome by grief and loss, remade into an entirely loving, grieving being.

Amichai’s paradox has the air of truth to it. The COVID-19 pandemic is devastating to our health, our economy, our politics – and to our capacity for connection, hope, and belief. I experience this with the greatest force when I see trees blossoming on East Rock: the world proceeds with so little regard for our suffering in ways that are simultaneously beautiful and grotesque. These are moments of being on the perimeter of the circle with no end, and no God – they are the evenings when we are exhausted not of the body but of spirit when we struggle to bring ourselves to care. But at the same time, we find moments during these strange days of new clarity about what and who truly matters, of only now being able to focus and to sacrifice in ways that we never before have. If there is a revelatory moment in all this degradation, it is in finding the points of deepest care and compassion, where there is not and could not be a part of us or a part of God that is not moved, that is disconnected, that is not consumed by love.

In this coming week, may each of us, and those we love, be safe, and well – at peace, and able to help others. And, may we hold the hope-sapping and the despair-defying threads in our heart, weaving them into knots strong enough to hold truth, and to hold us together.