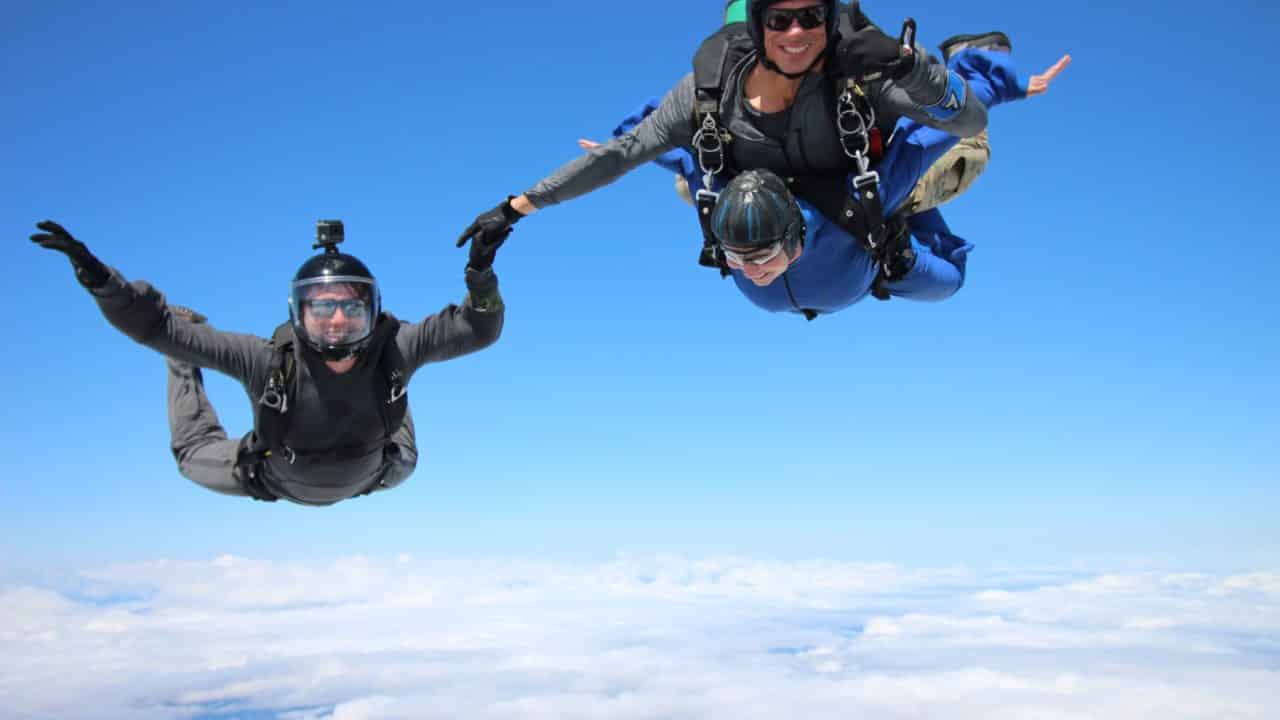 When my firstborn, First Class Kristoffer Domeij, a 2/75 Army Ranger, was killed on his 14thdeployment in Afghanistan, never would I have dreamed I’d tandem parachute jump into Normandy during the 75thD-Day Remembrance. After Kristoffer was killed, just hearing or reading the name “D-Day” triggered my tears—the loss of lives was just too real.

Over 425,000 Allied and German troops were killed, wounded, or went missing during the Battle of Normandy that started on June 6, 1944 and was concluded two months later at the end of August 1944 when the Allies reached the Seine River, liberated Paris, and removed the Germans from northwestern France.

During the 2018 Army Ranger Hall of Fame ceremony, a name flashed on the screen—Jean-Marc Lefranc. My four years of languishing in French class kicked in: That name is French. Hunnh? Was there a ‘French’ Army Ranger? Honestly? I just could NOT imagine a Frenchman being an Army Ranger. Enough said.

Jean-Marc Lefranc was honored because he’d served as a member of the D-Day Commemoration Committee since 1987. Jean-Marc established a Ranger Museum and a Ranger Memorial in Grandcamp-Maisy, plus played a key role in preserving Pointe du Hoc, a key point during the WW2, D-Day assault on June 6, 1944.

Jean-Marc’s speech triggered a grief burst and my ugly-cry face. I tried to “Ranger Up,” but salty mascara stained my cheeks as he spoke, releasing the anguish buried in the hearts of Gold Star moms—our deepest fear—that our children will be forgotten. Jean-Marc has never forgotten.

His humility and deep appreciation crumbled my ‘Ranger Up’ poser face, and I tried to hide my response from the General sitting beside me, who also just happened to be on the mission the night Kristoffer was killed.

Jean-Marc accepted his award and in his sweet, charming French accent, he said: “The Normans know how high was the price you paid for freedom, and we never paid our debt for you. We thank you, from the deepest of our heart, for what the American people—the American Soldier—gave to us, we the Normans, to restore peace, to restore democracy.”

After the ceremony I talked with Jean-Marc, and laughed when he said, “Yes, we Frenchmen who live on the beaches are different.” I asked for his business card, and then did something I’d never done before, I asked, “May I have your autograph?”

Jean-Marc said, “No one’s ever asked me for my autograph.”

All around me Rangers buzzed about attending the 75th D-Day ceremonies, and I thought: I wanna to go to the 75th D-Day Anniversary, too—not realizing that 60,000 people are expected to show up, plus you need an invitation from the President of France to attend the official ceremonies. Undeterred, I emailed Jean-Marc for a list of billets. Every place to stay that Jean-Marc sent was in French. Feeling bit overwhelmed at striking out on my own, all the planning, flights, and places to stay, I didn’t even know if I could connect with any Rangers when I arrived—suitcase and backpack in hand—alone.

Then I noticed a Facebook post by a former Ranger who planned to jump at Normandy. I had no clue who he was, but I messaged him: “Griff, Is it possible that I could tandem jump with a Ranger on the 75th Anniversary of D-Day to honor my son?”

Griff: “I knew Kris well. One of my mentors as a young officer. We will get you sorted. The mission just stepped up a level. We are going to make this an epic adventure.”

I googled “Matthew Griffin” and learned that “Griff” was the CEO of Combat FlipFlops. I’d met Donald Lee at a Ranger event in Los Vegas during the Shot Show and was impressed by his kind, gentle demeaner, so Donald was my first exposure to  the ever awe-inspiring Combat FlipFlops. I also discovered Griff attended West Point, which I found impressive, and somehow missed that Griff and Donald appeared on SharkTank.

Beyond excited, I shared my news with some Gold Star moms, who’ve walked the mourning journey with me from the beginning: “I’m going to France to jump with Rangers during the 75th D-Day anniversary. However, nothing prepared me for unexpected blowback—a verbal sucker-punch-in-the-gut—that I received when I shared my exciting news.