HomeCultureFamilyFeral Children in the 2020s: How Can This Still Be Happening? 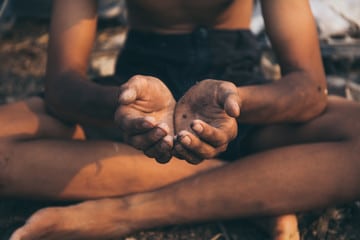 We all know the story of Tarzan, an orphaned boy brought up by gorillas in the jungle. These are scenes that we only hope to see on movie screens. However, there have been thousands of cases all across the world of feral children.

Feral children are kids who have had limited human interaction from a young age. They have very either none at all or very few experiences of an average childhood growing up. A lack of human communication, care, or social interaction severely stunts their development. A feral child or a child suffering from Mowgli syndrome will have been confined, brought up by animals, or have lived alone in isolation.

Some of the earliest recorded cases date back to the 17th and 18th centuries, where children were found living with wolves, big cats, and monkeys. However, as this article explains, it’s not just abuse or abandonment that creates feral children. Some children have been orphaned due to tragedy and war and therefore have to find a way to survive.

As shocking as these stories are, it’s even more surprising to find out that cases of feral children being found are still happening in our modern world. Let’s take a closer look at some cases.

One of the most recent reported cases of a feral child was in Russia. Dubbed the ‘Bird Boy’, the 7-year-old boy was found by caseworkers to be living at home with his mother as a pet rather than a child. The house was full of birds, and his mother didn’t communicate with him or show any care. Instead, he lived his life as a bird, apparently chirping and flapping his arms as a bird would do their wings.

Vanya was given to the state by his mother and placed in an asylum where he underwent therapy to become more human-like. The latest reports on Yudin state that he was moved to a psychological care unit for rehabilitation into society.

Nicknamed the ‘Cambodian Jungle Girl’ Rochom P’ngieng emerged from the jungle in the Ratanakiri province of Cambodia.  After more than 19 years living alone, a family in a close-by village claimed that she was one for their daughters who went missing in 1979.

The story of her discovery began when a local man gathered a hunt to find whatever or whoever stole from his lunchbox. Upon seeing a naked and terrified woman, he immediately called the police. The chief policeman recognized a scar on the woman’s back. It was the same as his missing daughters, who vanished with her sister in the jungle.

Unfortunately, the sister was never found, but Rochom began a long journey of rehabilitation. She had very limited words, and most other communication was unrecognizable. She has attempted and succeeded many times to escape back to the jungle.

Traian Caldarer of Romania is a rehabilitation success story. He was found living the lifestyle of a stray dog at 7. It’s predicted he’d been living this way since he was 4. After his mother left due to domestic violence, it’s presumed Traian ran away shortly afterward. He turned to survival instincts to stay alive, living in a cardboard box for shelter, and befriending stray dogs to keep warm.

His discovery was a thing of fate. A shepherd, Manolescu Loan, broke down and had to hike through the pasture where he spotted Traian. The boy was obsessed with food, was aggressive, and chose to sleep under his bed for protection.

Traian was given to the custody of his grandfather and is doing well attending regular schooling appropriate for his mental age. He has learned to speak, read, and write.

The story of Lyokha is a mysterious one; he was found in the Kaluga region of central Moscow, living with wolves in a den filled with leaves for warmth. The boy was then taken to Moscow hospital where he was reported to have wolf-like behavior and no human means of communication. It’s believed he was around the age of ten, but due to his diet and development may have been much older.

The hospital cared for Lyokha (named by authorities), washed him, and cut his hair and nails while running tests. Unfortunately, within 24 hours, the boy escaped and was never seen again. An update released about his Story in 2011 also states that his whereabouts are unknown.

These cases are only a handful. It’s hard to believe how children of the 21st-century can fall through the net and endure these situations or still be living in them from a young age. However, it’s a positive step in the right direction to see such cases being treated with rehabilitation and therapy.

Often when the first reported cases emerged, these children were pushed to the side and forgotten about in asylums. They were considered unrehabilitated and burdens or embarrassments to society. Some even endured exploitation for their uniqueness and were treated no better than a circus animal.  This shouldn’t be happening in the 2020s.