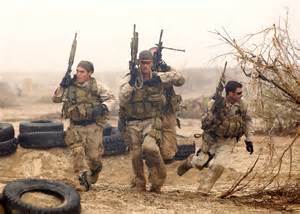 Entrepreneurship: The Purest Form of Unconventional Warfare
by EM Burlingame

In the sweltering heat of summer at the John Wayne School for Wayward Boys (Camp Mackall), sitting through endless, barely survivable PowerPoint presentations on Intelligence Preparation of the Battlefield (IPB) and the Military Decision Making Process (MDMP) as applied by Special Forces (SF) to the conduct of Unconventional Warfare (UW), I could not help but connect this to the training I had previously received on the startup battlefield. 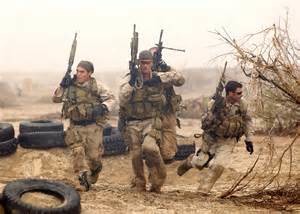 This is, I guess, because we cannot help but process everything through the many filters we develop in the course of our personal and early professional lives, regardless what one may go on to accomplish after, engineers see things mechanistically, soldiers see things geopolitically, so it should not come as a surprise I found correlations between Green Beret training and my previous life as techpreneur and later investor. Nor should it be a surprise I saw military operations as startup investments, with the same resource limitations, complicated and asset destruction riddled environment, with the same absolute requirement, a real Return on Investment (ROI).

However, this IPB, MDMP, UW – entrepreneurial investing correlation was something more. This struck me very early on, very clearly and has only increased in certainty in the years of SF and investment practice since. This is due to the fact, though I had not even thought about UW at the time, quite unknowingly, I had for the ten years or more before successfully completing SF Assessment and Selection been conducting UW.

Further, every time I dedicated up to 60 – 90 days or more working on a detailed business model with corresponding financials for one of my startups, or later reviewing hundreds a month for the senior partners, I had unknowingly been using MDMP by another term, business and financial planning. And the endless market, business and financial research which had to be sustained at great personal cost in time and effort, generally in my own limited personal time, in order to ensure an ROI, was exactly IPB by another name.

For those who’ve not had the opportunity to serve in SF some definitions may be in order. To be clear, Unconventional Warfare, “…consists of activities conducted to enable a resistance movement or insurgency to coerce, disrupt or overthrow an occupying power or government by operating through or with an underground, auxiliary and guerrilla force in a denied area.” The Military Decision Making Process, “…is a United States Army seven-step process for military decision making in both tactical and garrison environments.” And IPB is, “…a systematic, continuous process of analyzing the threat and environment in a specific geographic area. It is designed to support staff estimates and military decision making.

Applying the IPB process helps the commander selectively apply and maximize his combat power at critical points in time and space on the battlefield…” All of which every single member of The Regiment is trained in through at least 18 months in the Q Course, the many courses attended post Q. And more importantly, moving beyond academics and training, every single SF member employs these skills and training in the real world, and often repetitively, like a serial entrepreneur, quite often with friends and colleagues lives on the line.

Even the most junior tabbed guy, regardless his age, Military Occupational Specialty or background is highly trained to develop a detailed map of the enemy and friendly situation and that of the physical battlefield itself, which knowledge is used to drive the highly detailed planning of the 5 paragraph Operations Order, the business plan of the Army and uniquely of Special Forces.

Of course the context and purpose of this training in SF is not business or finance but the conduct of Irregular Warfare “IW” under which UW falls. Though it is not completely true SF is devoid of business and financial thinking, as, in addition to our core competency of UW, we’ve been tasked with the Diplomatic, Information, Military and Economic or DIME mission globally.
(continued on next page)