Duane “Dewey” Clarridge: A Spy for All Seasons
by Scott Faith

This is a repost of the obituary writeup for Duane Clarridge. I thought our readers would enjoy reading about his exploits and service to our nation. This first appeared in The Havok Journal May 10, 2017.

Duane Ramsdell Clarridge, a legendary CIA officer known for his daring exploits, colorful bravura and a laser-like focus on – as he put it – “…making America a safer place in a dangerous world,” died at home in Virginia of cancer on 9 April 2016. He was one week shy of his 84th birthday. 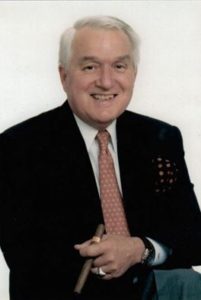 His nickname was “Dewey.” But his colleagues in the spy business also knew him as “Dewy Maroni” and sometimes, “Dax P. LeBaron.” In 1955, after graduating from Brown University and receiving a Masters Degree from Columbia University’s Russian Institute, the CIA recruited him.

Dewey began his training to become a master of intelligence collection, espionage, covert operations and building a lifelong fascination with firearms, at Fort Benning, GA. He was a Distinguished Graduate of Infantry Officer Candidate School and served as an Infantry Platoon Commander before reporting to the CIA for training as an Operations Officer.

Over his 33-year, globe-spanning career he built relationships with hundreds of allied intelligence, security, diplomatic and military personnel –- and individuals he recruited to work with us against our nation’s adversaries. His talent for identifying cooperative foreign nationals and making life-long friends of them was so effective that in his final days, more than a dozen of them came from overseas to visit with him.

Dewey’s skills in the field prompted commendations in classified cables about his “deft handling of vitally important East Bloc sources…” and his “…highly effective management of intelligence collection operations and penetrations of Soviet, Chinese and East European [intelligence] services.” In 1977, despite a potentially fatal heart attack, he was praised for “planning and executing the acquisition of sophisticated Soviet military hardware.” And in 1980, while serving as a Chief of Station, he was cited for “highly successful espionage and covert action activities against Iraqi and Libyan WMD programs.”

From 1981-1984 he served in Washington as Chief of the CIA’s Latin America Division where he was charged with responsibility for planning, organizing and directing the operations of the Nicaraguan Resistance and nearly twenty other major intelligence and security programs in Central America and the Caribbean. He assisted in the planning of the Grenada rescue operation; the transition to democratic government in El Salvador and instigated a multi-agency effort to stem international weapons, human and drug trafficking along the U.S. Southern frontier.

In 1986, after two years as Chief of European Division, the Agency’s largest operational activity, Dewey was chosen to create, organize and direct an unprecedented entity within the CIA Headquarters: the Counterterrorist Center. The CTC’s mission, authorized by President Ronald Reagan: penetrate and destroy international terrorist organizations.

Armed with a classified Presidential Finding and the legal authority of the 1986 Omnibus Crime Act, Dewey initiated a process that became the centerpiece of the U.S. government’s operations against radical Islamic terror organizations. He paired CIA operations officers – spies – with expert analysts, technical specialists and integrated FBI, NSA, DIA and Special Operations personnel into the CTC. 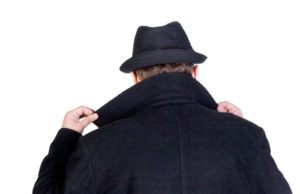 The first terror group targeted by the CTC was the Abu Nidal Organization, which killed scores of Americans in the 1970s and early 1980s and was plotting to use a “sleeper cell” in McLean, Virginia to assassinate American officials in the United States.

Clarridge organized and directed a penetration of the ANO, which prompted Abu Nidal to purge his organization and flee Libya. When the terror mastermind was killed in Baghdad on 12 August 2002, Dewey, by then “retired” in Southern California, called one of the Americans Abu Nidal had targeted and told him, “Now you can sleep without your .45 under your pillow.”

Another of the CTC’s early victories was the capture of Fawaz Yunis – the terrorist who helped Imad Mughniyeh, operations chief of the Iranian supported Hezbollah; hijack TWA 847 to Beirut on 14 June 1985. During the standoff in Beirut, Yunis helped Mughniyeh murder U.S. Navy diver Robert Stethem, a passenger on the plane.

Dewey personally coordinated the entire “Get Yunis” effort, which required the CTC to locate the terrorist, the Justice Department to secretly indict him, the FBI to apprehend him, and the U.S. Navy to transport Yunis directly to the U.S. for prosecution and trial. The operation went according to Clarridge’s plan. Yunis was captured in September 1987, brought to the U.S., tried, convicted and sentenced to 30 years in prison.

This success was one of Dewey’s last “official” acts as a CIA Clandestine Services Officer. He retired from the CIA in June 1988 and became Director of International Marketing for a division of General Dynamics engaged in classified national security work.

In November 1991, Lawrence Walsh, the so-called “Iran-Contra Independent Counsel”, indicted Dewey. Walsh, the longest serving and most expensive “Special Prosecutor” in history, was outraged when Clarridge arrived for a court appearance wearing a WWII British SAS battle jacket. Asked why he was so attired, Dewey replied, “Because I’m going to a war I intend to win.”

Walsh admitted he was hoping for “at least one conviction that would stick” against Reagan Administration officials who helped free U.S. hostages held in Beirut and those who aided Nicaraguan Freedom Fighters.

But Walsh was foiled again. On Christmas Eve 1992, President George H.W. Bush pardoned Dewey and five others accused in the “Iran-Contra affair,” thus ending the longest saga of prosecutorial abuse in U.S. history.

The Clarridge story didn’t end with a presidential pardon. In February, 2005, nearly 18 years after Fawaz Yunis was captured and following nearly two decades of careful “coaching” by Clarridge-trained operatives, Yunis was released in exchange for cooperating with U.S. and allied authorities in tracking down Hezbollah terror chieftain, Imad Mughniyah.

Mughniyah, architect of the 23 October 1983 bombing of the Beirut Marine Barracks that killed 241 Americans, the June ’85 hijacking of TWA Flight 847 and more than a score of other deadly hostage seizures, bombings, assassinations and mass murders was killed on 12 February 2008 when his armored Mitsubishi SUV exploded in Damascus, Syria. At the time, Clarridge commented to a colleague, “One would think such a defect would hurt Mitsubishi sales.”

From 9-11-01 until days before he died, Dewey stayed in close touch with dozens of those with whom he had worked over his decades of service. One of his friends remarked, “Dewey never broke contact with those he ‘recruited.’ Some of those in his ‘Eclipse Network’ are the sons, maybe even the grandsons, of ‘assets’ he enlisted during his early overseas assignments a half century ago.”

Operating without any funding from the U.S. government, the Clarridge “Eclipse Network” provided a near constant flow of information on threats to U.S. personnel and facilities in Afghanistan, Pakistan, Iraq, Syria and Libya and identified Iranian operatives in Lebanon. His network confirmed Osama bin Laden’s lair in Pakistan, helped locate and rescue American and Western hostages, found evidence of Saddam Hussein’s WMD research in Iraq and verified the site of a North Korean nuclear reactor being built in Syria.

Told by his doctors he was dying, Dewey took solace in a verse from Paul’s letter to the fledgling Church in Rome: “If you confess with your lips that Jesus is Lord and believe in your heart God raised him from the dead, you will be saved.”

Asked what he wanted as his epitaph, Dewey replied, “He did what he was asked to do and he did it well. No detail was too small; no obstacle too great.” And then, on further reflection he added, “I did have a good run.”

Duane “Dewey” Clarridge, “A Spy for All Seasons,” is survived by his first wife, Margaret, his daughter Cassandra, sons Ian and Tarik and 5 grandchildren. His second wife, Helga, preceded him in death. He fought the good fight, finished the race and kept the faith.
_________________________