HomeCultureDeployed to America: The Final Battlefield 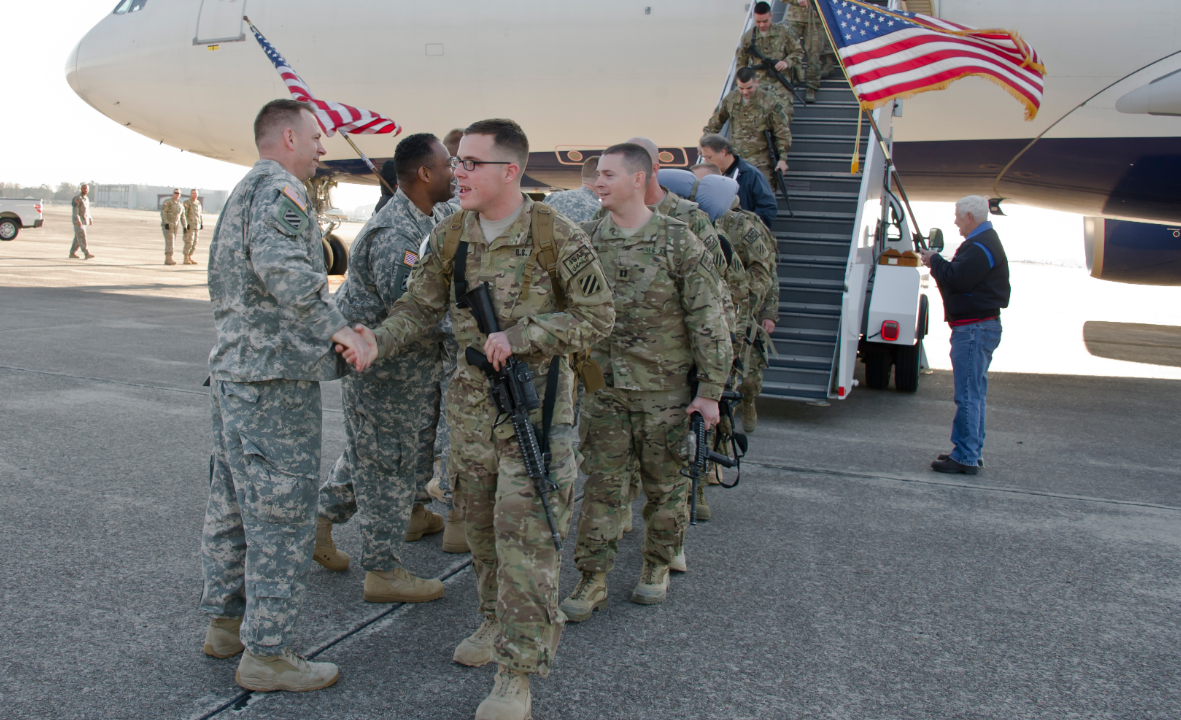 When I left Somalia in April of 1993, I didn’t realize I was deploying to America. That’s right, I deployed to America, to fight a war.

It was a war that has raged on every day for the past 22-plus years. A war I didn’t know how to fight. A war that I didn’t know would last the rest of my life.

I engaged in multiple firefights daily.
The battlefield was the rough terrain of my shredded mind.
The enemy was my own thoughts that assaulted me relentlessly. Each day I became a casualty.

The Motrin and water became pills and whiskey.
The uniform, cargo shorts, and t-shirts.
The combat boots, flip-flops.
The night vision goggles became beer goggles.
The noisy barracks, a lonely apartment.
The Humvee became a pick-up truck.
My weapon became a pen.
My ammo, ink.

Misunderstood and feared by civilians, I was isolated in the darkness.
Locked away in the vault of my mind, I kept the memories, nightmares, violence, and thoughts to myself.

I was the only one who could hear the screams of Hell.
I was scared to remember and scared to forget.

The scars were only visible to me…everyone else only saw my smile.

I continued putting my left in front of my right, marching to the cadence of life. But I fell back on that road march. The weight of what I carried was too heavy to move forward. I had no battle buddy to help me up from my knees and encourage me to press on. I was no longer able to function.

So there I lay…in my own blood that poured from my wounds sustained on this battlefield that had become my life.
I had fallen into the hands of the enemy. Now a prisoner of my own mind, I disintegrated slowly, subtly.

I longed to return to a place where I could see the enemy. I didn’t know that I saw that enemy every time I looked at my reflection in the mirror.

On 24, June 2002, while in the midst of intense emotional distress, I attempted to defeat that unknown enemy. I assaulted myself by firing a bullet into my face.

The enemy that was me, survived.

Fueled now by rage and self-hatred after this brutal confession, I entered the dark world of the VA.
With bottle after bottle of pills, I was slowly being controlled.

My weapon became more effective. I took the memories, nightmares, thoughts, and violence and gave them life. I gave them breath. The words came easy as I scribbled on the pages of numerous notebooks.
As they danced upon the paper, I could finally see the enemy clearly. I had found the perfect weapon to defeat this enemy.

The enemy no longer lurked in the dark shadows of my mind. I had successfully illuminated that beast for everyone to see.

I slowly crossed that threshold into healing.

I am no longer my own worst enemy.

The enemy that lived in my shredded mind has a name.
PTSD…a worthy opponent that creates havoc on so many.
The voice of PTSD is incredibly loud and sneaks up on you like the enemy that it is. The number of lives it has claimed is numerous.

There is in fact a war raging on America’s soil.
It rages in the hearts, minds, and souls of America’s fighting men and women when they deploy to the United States.
It wears no identifiable uniform.
It has a never-ending arsenal of weapons used to assault us.
It fires bullets of pain, launches rockets of rage, and plants IEDs of worthlessness. It’s like a sniper with a well-placed round when we are most vulnerable.

I am still on deployment here in the U.S. I battle every day.
An enemy that I am now familiar with. An enemy that can be defeated.

I continue to fight the war on PTSD with my best weapon…
The written word.

Cleo DeLoner is an Army veteran, PTSD survivor, and author of TriggerPieces.

This article first appeared in The Havok Journal on September 16, 2015. 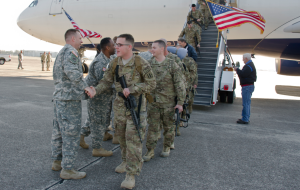 Key leaders of the 2nd Brigade Combat Team, 3rd Infantry Division, shake hands with soldiers of the 1st Battalion, 9th Field Artillery Regiment “Battlekings”, 2nd BCT as they exit the plane after returning home on March, 7,2013. The Battlekings were deployed for more than six months in Afghanistan. The soldiers deployed to Afghanistan in order to help train Afghan Security Forces in the International Security Assistance Forces’ Regional Command-East. The returning soldiers represent approximately half of the total deployed Battlekings and are home earlier than expected due to mission accomplishment. The Battlekings who are still deployed are expected to stay until later this year. (U.S. Army photo by Sgt. Richard Wrigley, 2nd BCT, 3rd Inf. Division, Public Affairs) Source.