HomeCultureDakhil and Jar: Timeless Hospitality, Asylum, and Treatment of Guests as Neighbors 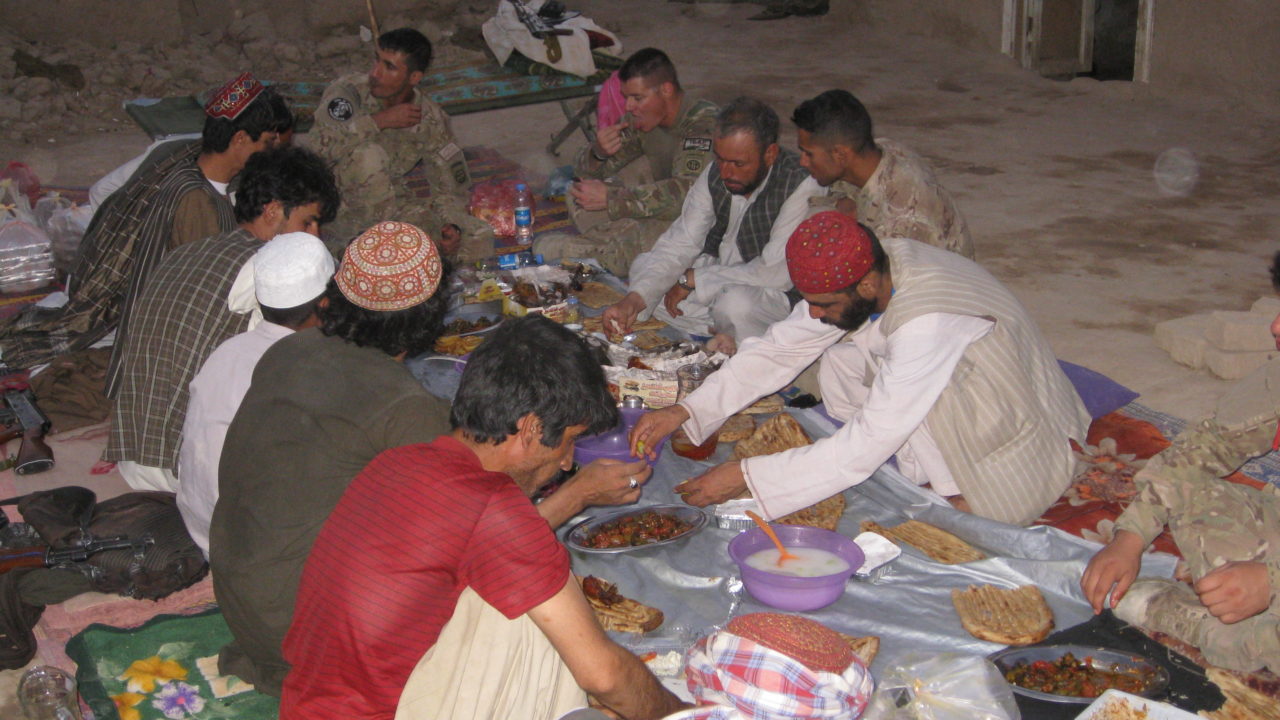 While the lifestyle of the nomadic Bedouin of the Middle Eastern deserts has largely become extinct, some of their customs and traditions live on. Dating back to biblical times, the “Eastern” concept of hospitality has been prevalent. In The Bible’s Genesis 19 when two angels came to the town of Sodom disguised as humans seeking a place to rest, Lot offered them a bed in his compound and a warm meal.  Some of the depraved men in the town later came to Lot’s house:

And called to Lot and said to him, ‘Where are the men who came to you tonight? Bring them out to us that we may know them carnally.’  So Lot went out to them through the doorway, shut the door behind him, and said, ‘Please, my brethren, do not do so wickedly! See now, I have two daughters who have not known a man; please, let me bring them out ot you, and you may do to them as you wish; only do nothing to these men, since this is the reason they have come under the shadow of my roof.”[1] (Genesis 19:4-8)

This speaks to Lot’s adherence to an unwritten code of hospitality and asylum. The Bedouin of the Najd region of what would later become the Saudi state called this dakhil, or “the institution of offering refuge to the innocent and the offender alike.”[2]

Lot also viewed these two wayward men as jar, or “neighbors,” which once extended the invitation to stay in his residence, were afforded the required protections an honorable host would provide to a dayf, or “guest.”[3]

While not the same tribes, language, or time eras, I have witnessed this hospitality and been bestowed the privileges of being a “guest” in many Middle Eastern homes, including in Iraq and Afghanistan. While the al-Janabi tribe I interacted within Iraq may more directly reflect the Bedouin culture of the Najd, I experienced the same treatment while in Afghanistan, under the unwritten, but locally known and understood, Pashtunwali code of the Alizai and Ashaqzai tribes in western Kandahar.

An extension of their code and hospitality was playing the role of a gracious host as the honorific of being a “guest” afforded both sides mutual protection while each other often shared tea or a meal after the exchange of pleasantries. Amongst the Bedouin tribes of the Najd, the “tradition of ‘milha,’ or ‘sharing the salt,’ requires that sharing food or drink creates mutual obligations for the host and guest alike.”[4] From Pashtu, the English translation comes out as “tasting the salt,” a vital tool in a counterinsurgency environment.

As a foreign military officer, these discussions over tea or meals served as some of the most productive time I could invest in the local population, specifically the tribal elders and the leaders of their security forces. It was a venue, whether, amongst allies or adversaries, one could lay down his arms and have a discussion, sometimes over just coffee or chai tea, others over a large feast. It leveled the playing field, humanized our relationships, galvanized agreements, and facilitated the settling of disputes.

In 2012, I once used Ramadan fasting and a meal at dusk to “taste the salt” as an occasion to get two tribal elders who had not directly spoken to each other or resolved hostilities in over ten years.  This led to a follow-up feast reciprocated at the other elder’s compound, where the district police chief, formerly involved in trying to jail the elder from the opposite tribe to attend and “bury the hatchet” on a tribal dispute that had pre-dated the attacks on 9/11 and the ousting of the Taliban. In a world where these men desired preservation of the “old code,” it broke down barriers and built bridges.  They became symbols of progress; not of culture, but of peace, stability, and understanding.