HomeCultureCan A Brain Injury Cause a Relationship Breakdown? 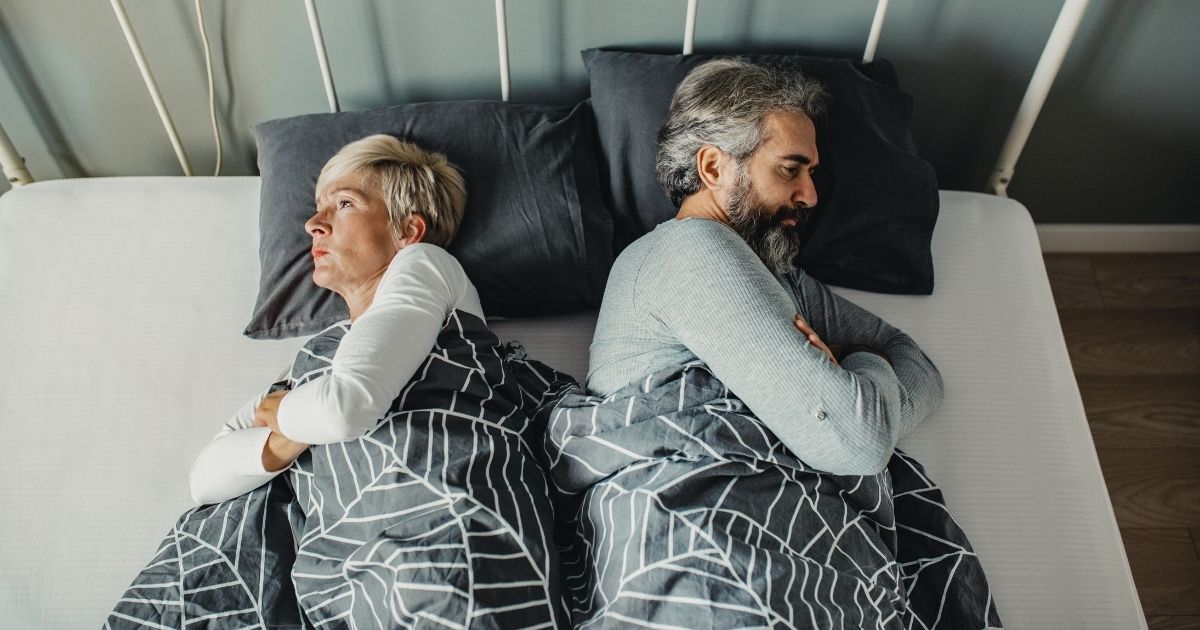 by Chelsey Poisson and Megan Thatford

He came home, but

He’s withdrawn; while on edge.

And, he will not let me in.

As if I am the enemy.

He is just not the same.

Often, these are common thoughts for the friends, family, loved ones, and partners of military veterans.

From the outside looking in, it is easy to assume that the sudden disconnect is related to the rapid cycle of deployments or the constant training and that is used as an explanation for the poor behavior and lack of emotion. The frequent deployments, continual training, and operational tempo may be to blame. Change in behavior is often related to a psychological stressor, but very rarely is physiological damage or cognitive functioning addressed.

Location, occupation, or mission-specific experiences and various types of exposures could be the reason for these changes in the person’s emotional disposition. When most individuals hear “traumatic brain injury,” they assume (rightfully so) that it is a physical wound or injury related to combat that can be visually noted and identified. However, rarely do we think about the lesser visible effects – the smaller blast or shock waves, the hard-landing impact in an Airborne jump, or the constant thrusting in a helicopter or Stryker vehicle.

The smaller, less visible head strikes that shake a person but do not knock them out, add up. Like slowly filling a glass of water, eventually, if more is added, it will overflow. The same goes for a brain injury and is often a culprit for emotional and psychological changes.

Additionally, there is a misconception that a traumatic brain injury only has an impact on the brain. Of course, the brain is the main point of injury, but the damage to the brain has a cascading-type of “ripple effect” on the body in both the short and long-term, causing physical deficit in fine motor skills, physiologic dysregulation in hormone balances creating an impediment on neuroendocrine normalcy and emotional changes related to neuronal shear and tearing damage.

The rates of neuroendocrine dysfunction (NED) saturate those diagnosed with brain injuries and in turn, significantly impact performance in every aspect of their lives.

So, what is endocrine dysfunction anyway? Does it really make a difference? The experts say yes.

Aggression, insomnia, exhaustion, low sex drive, and disengagement can fuel frustration and impatience among couples, compounding stress and depression. Most men would agree that it creates an awkward “elephant in the room” when there is an inability to perform sexually. Both parties become insecure and thoughts run wild. “What’s wrong with me? Why does this keep happening” or “Am I not attractive enough?”, “Why isn’t he turned on?” The situation can escalate by not taking into perspective that this could be an issue with hormones, related to repeated brain injuries.

Understanding that there may be an underlying cause for these behaviors is the first step in rekindling the relationship.

If over 400,000 post-9/11 veterans have registered a diagnosed traumatic brain injury, the percentage of relationships impacted by the secondary, confounding effects of brain injury should be astronomically high. Especially if both individuals in the relationship are in the military and both living with a brain injury.

Historically speaking, Vietnam Army veterans who had experienced at least one form of traumatic brain injury had a divorce/separation rate between 34% to 48% within 8-years after the injury had occurred (Gimbel & Booth, 1994). In Operation Desert Storm (1990-1991), approximately 20% of those Gulf War veterans were treated in-country for head traumas and injuries. Current findings on post-9/11 veterans suggest that 22% of those who experienced a traumatic brain injury and were married at the time of injury had a marital status change within 2-years post-injury (Stevens et al., 2017). Despite the assumption that innovation means fewer injuries sustained on the battlefield, improvised explosive devices, and rocket-propelled grenades have presented post-9/11 veterans with the highest rates of traumatic brain injuries in any past conflict or veteran population.

Traumatic brain injury, while a prioritized topic among the military community, is not widely discussed as a factor in relationships. Many of the relationship breakdowns are blamed on the individual’s behavior, personality conflicts, re-adjustment difficulties, and environmental stress, in the forms of lashing out, fatigue, anger, anxiety, and little-to-no sex drive.

Heightened operational tempo alongside training and frequent deployments creates absence, which is a significant stressor on a relationship regardless of any outlying factors. Intensifying that stressor with physical injuries and subsequent ailments that are a result of a brain injury, and the chance for a successful relationship upon returning home greatly declines.

Relationships take work, especially when filled with generic resentment and dissatisfaction. Spouses express feelings of abandonment due to emotional disconnect, rejection due to lack of intimacy, and discontentment due to lack of connection.  For those that are in a relationship with an active-duty service member or a veteran, the first step to a successful partnership is trying to learn about their experience.

It is going to be uncomfortable to talk about it. It is easier to just ignore the issue, but the problem needs to be addressed – together. Once addressed a foundation can be established for a healthier relationship.

Of course, some individuals may not want to share their experience or may not correlate their current health condition to a brain injury from 10-years ago but being knowledgeable about your loved ones’ military history and experiences can help explain their behavior. Note, the word “explain,” which should not be confused with ignoring or accepting.

Post-traumatic stress (PTS) and traumatic brain injuries have similar symptoms that are often can mimic each other, creating difficulty distinguishing between the two. Studies show that upwards of 61% of post-9/11 veterans who have experienced a brain injury have a concurrent diagnosis of depression, 70% reported sleep deficits, 68% have been diagnosed with post-traumatic stress, and 23% reported suicidal ideation.

Those small brain injuries that are brushed off because there was no bleeding or loss of consciousness, create micro-tears. These small tears create a longer travel distance for neurotransmitters and chemicals, meaning that the “happy” chemical: serotonin, might begin to slow down and burn out because of that increased travel time. When a person lacks serotonin, they begin to manifest symptoms of depression, and the symptoms of depression, increase the risk and rate of suicidal thoughts and attempts. The same is true for substance use, an increasing problem in post-9/11 veterans. Studies show that if a person has suffered any form of brain injury, from a mild concussion to severe trauma, they are 2-10 times more likely to have an issue with alcohol and drugs.

Research has shown that the windfall of physical ailments along with emotional and mental conditions associated with TBI can lead to suicide. Individuals that are unable to identify the root cause of their dysfunction can be left feeling frustrated and hopeless, overwhelmed with a sense of feeling “damaged.” These physical conditions along with emotional defeat have a direct impact on family life, and interpersonal relationships.

If both people in the relationship do not view these conditions holistically, it can amplify the feelings of frustration and increase depression and the risk of suicide.

Suicide prevention can start at home. Understanding experience and exposures offers a peek into the root cause of dysfunction and can help translate behavior, and it should be discussed openly within a relationship. Chances are it will increase compassion and support for the individual with a brain injury and improve interpersonal relationships.

Divorce and suicide rates have skyrocketed in recent years and there is no doubt that the training and deployment tempo has played a role in these numbers. Understanding the impact military service has on the brain and body of the service member is a key factor in reducing these numbers and salvaging relationships.

There are many organizations that are helping military families restore their relationships, such as All Secure Foundation, which helps spouses to reconnect and rebuild their relationship post-deployment or post-service through retreats and activities.

If you are not quite ready to embark on an intensive workshop, begin with education and share resources with your partner to expand their knowledge of military exposures. Follow HunterSeven Foundation and Task Force Dagger Special Operations Foundation for resources on functional medicine and military exposures or pick up Arsenal of Hope by Jen Satterly of All Secure Foundation, and read about how other couples have repaired their relationships.