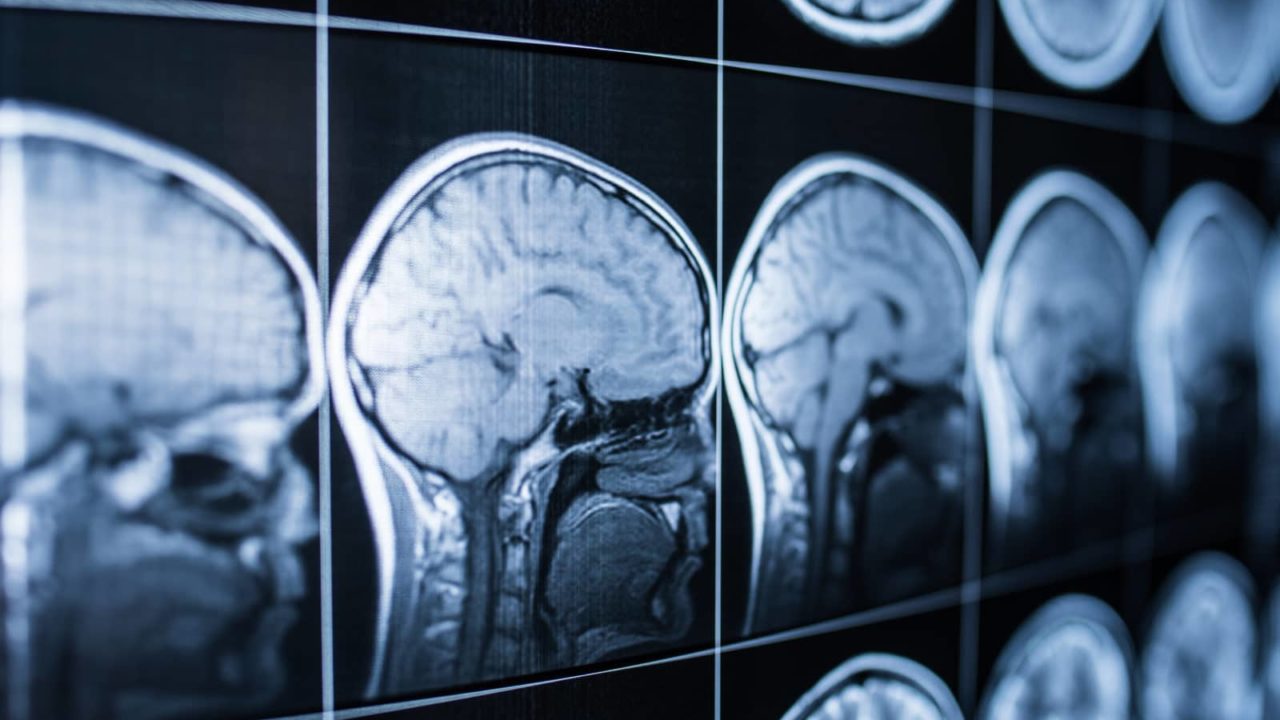 It has been known for over 80 years that following a head injury there is dysfunction in the Hypothalamus, Pituitary, Adrenal (HPA) axis. According to the Centers for Disease Control (CDC), 80-85% of traumatic brain injury (TBI) sufferers are classified as mild traumatic brain injuries (MTBI). Approximately 80-85% of MTBI patients recover from their injuries while approximately 15-20% continue to experience persistent symptoms. 50% of those TBI patients end up with some type of hormonal imbalance in the HPA axis. The term for this brain injury related condition is commonly referred to as Neuro Endocrine Dysfunction (NED).

The United States Military has been plagued by suicides, TBIs and post-traumatic stress disorder (PTSD) for the past 17 years. The human toll and financial costs associated with these conditions is crippling the Department of Defense. As of 2017 the Department of Defense still has not implemented mandatory NED testing following a TBI. Countless veterans and active duty service members could have suffered traumatic brain injuries without ever being properly screened, diagnosed and treated for TBI while serving their country. Many veterans could also have been discharged for conditions related to their brain injuries and more than likely could have continued serving if they had been properly screened, diagnosed and treated for their injuries. Many service members are also chronically medicated for the symptoms associated with TBI with no resolution of their underlying health issues.

Most of the symptoms associated with TBI and PTSD can be traced back to hormonal imbalances in the HPA axis and to dysfunction in the autonomic nervous system (ANS). NED and ANS dysfunction can both be screened for to show if a person is at risk for PTSD, suicide or if they have suffered a brain injury in the past. Early and accurate detection of TBI utilizing advanced brain scanning techniques like Diffusion Tensor Imaging (DTI), 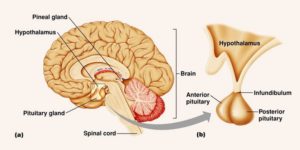 quantitative Single Photon Emitting Tomography (qSPECT) and advanced laboratory testing of biomarkers is critical for timely and optimal patient recovery. The hypothalamus, pituitary, adrenal axis is a crucial system that regulates nearly every system in the body. Before you can fully understand the magnitude of NED, you must understand the function of each gland in the axis and the rolls they play that directly affect your life.

The pituitary gland, which is known as the master gland, produces hormones that regulate other glands in the body such as the thyroid gland, adrenal glands, testes and ovaries. The pituitary gland is the size of a pea and it is responsible for regulating almost every system in the body via the hypothalamus. The anterior lobe of the pituitary gland produces the following hormones; Luteinizing Hormone (LH), Follicle Stimulating Hormone (FSH), Thyroid Stimulating Hormone (TSH), Prolactin (PRL), Adrenocorticotropic hormone (ACTH), Growth Hormone (GH), Thyroid Stimulating Hormone (TSH), and lastly, Beta -Endorphins. The posterior lobe of the pituitary gland stores Anti-diuretic hormone (ADH) and Oxytocin (OT).  These hormones regulate functions such as sexual reproduction, arousal, stress response, pain response, muscle development, immune function, body composition, cognitive function, metabolism, body temperature, behavior and most importantly homeostasis. One of the most common and unknown conditions associated with TBI is growth hormone deficiency (GHD). Imbalances of pituitary hormones can lead to infertility, hypogonadism (low testosterone), adrenal insufficiency, hypothyroidism, type II diabetes, dyslipidemia (abnormal cholesterol in the blood) and hypertension (high blood pressure).

Although the pituitary gland is considered the master gland, it is controlled by the hypothalamus. The hypothalamus is the size of a walnut and located at the base of the brain and is part of the limbic system, which is plays important rolls in behavior, mood, memory, motivation and situational awareness.

The adrenal glands produce three main hormones, cortisol, aldosterone and adrenaline. The adrenal glands are located on top of the kidneys and produce the hormones aldosterone, cortisol and adrenaline. Cortisol, also known as the “stress hormone” is responsible for many critical functions throughout the body to include; metabolism, glucogenesis (the formation of glucose through the breakdown of glycogen), immune function, inflammation, blood pressure and most importantly the nervous system. Cortisol levels are directly influenced by stress in our environment and cortisol production takes priority in the autonomic nervous system over sex hormones like testosterone when in a sympathetic response state. The steroid hormone pathway, in a sympathetic state, switches to the production of glucocorticoids like cortisol to keep you alert and alive for your “fight or flight” response. Elevated cortisol levels are associated with being hypervigilant while low cortisol levels are associated with depression, apathy or feeling numb. When cortisol is produced, testosterone production decreases, this is known as the “pregnenolone steal.”

Aldosterone is a mineralocorticoid hormone produced in the adrenal glands. Aldosterone is responsible for regulating fluid, sodium and potassium levels in the body.  Aldosterone imbalance can directly affect blood pressure, electrolyte balance and water retention in the body causing cramps, bloating or swelling in the extremities.

The Department of Defense (DOD) spends nearly 7 billion dollars on prescription drugs annually for conditions that can be directly attributed to TBI or stress related neuroendocrine related imbalances. The collateral damage of unnecessary or improper use of prescription drugs is taking its toll on the force in the form of suicides, adverse drug related deaths and the exorbitant DOD budget for prescription drugs. Most neuroendocrine imbalances can be corrected by lifestyle and environmental adjustments or managed with precision medicine. Treating the symptoms of hormone imbalances has proven costly, deadly and ineffective as 15-25% of TBI patients see no resolution to their conditions. Out of frustration and desperations, service members and veterans often resort to the use of dangerous and deadly street drugs, prescription drugs and alcohol as a form of self-medication.

Agha, R. B. (2004, May 01). Neuroendocrine dysfunction in the acute phase of traumatic brain injury.

Tölli A1, B. J. (2017, February). Pituitary function within the first year after traumatic brain injury or subarachnoid haemorrhage. Retrieved from https://www.ncbi.nlm.nih.gov/pubmed/27671168

This first appeared in The Havok Journal November 28, 2018.