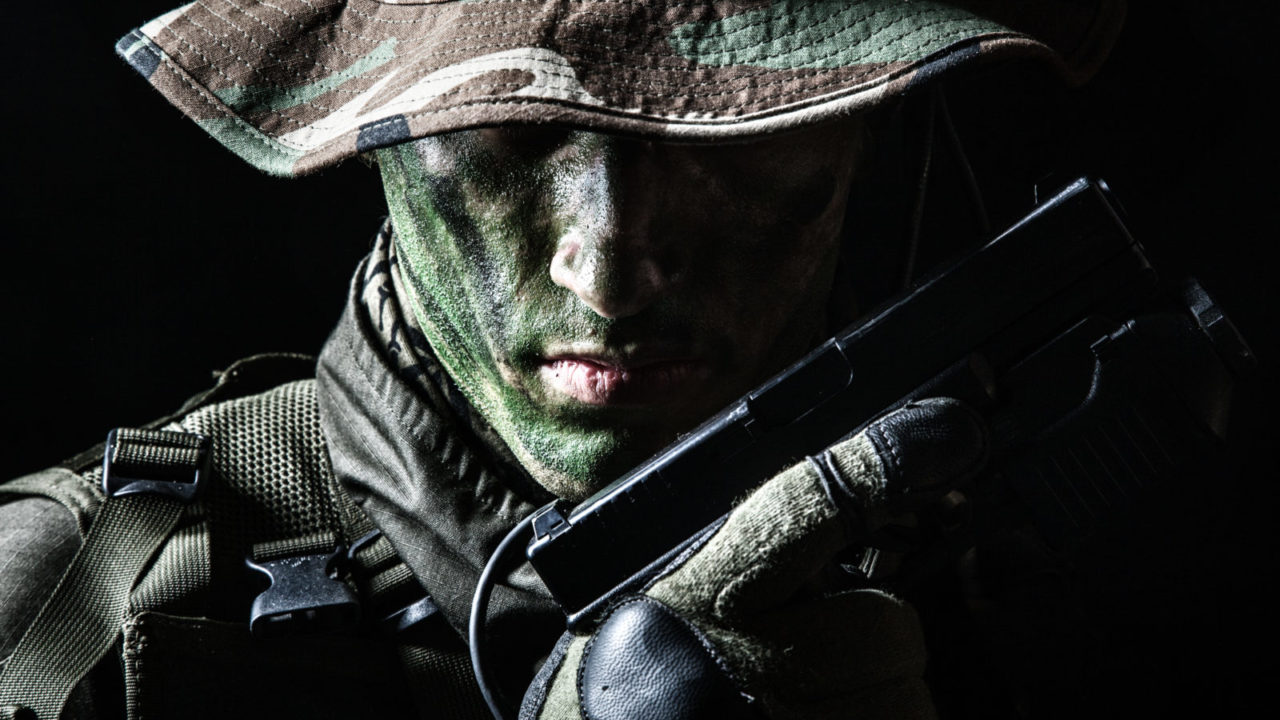 I was in a Combined Anti-Armor Team (CAAT) platoon during the surge into Baghdad back in 2006. My platoon served as the quick reaction force for the 10th Mountain Division and we drove laps through western Baghdad along the infamous Main Supply Routes (MSR) Mobile, Tampa, Irish, and Michigan waiting for someone in the area to call for assistance on the convoy frequency.

It goes without saying that we didn’t have to wait long for action. The insurgents ensured that we earned our combat pay every day and kept us busy with constant improvised explosive device (IED) attacks and ambushes. We were stretched thin in those days and there was no such thing as off duty or downtime.

I remember one patrol that summer that went longer than expected. We spent several days responding to a variety of emergencies and were unable to get back to our Forward Operating Base because someone would call us up on the convoy net and ask for assistance. We never turned anyone down. It was five or six PM, 1700 or 1800 hours in military time, and we didn’t hear anything on the radio. There was a very good chance that we could make it back to the base in time for the evening meal and we were looking forward to getting a hot meal and couple of hours of sleep for the first time in several days.

We were within sight of Abu Ghraib prison when a civilian supply convoy was ambushed by insurgents and was frantically calling for assistance on the convoy net. We sped to the scene and arrived just in time to break up the ambush with a healthy mix of freedom and .50 caliber bullets.

I asked the driver what precious cargo he was hauling as I watched his truck burn to the ground. Turns out it was frozen hamburgers for the Burger King at the Baghdad International Airport. Sounds like a cause worth dying for. We helped them consolidate their personnel to the remaining vehicles, facilitated medieval of their wounded personnel and we were on our way.

We had blown our timeline for evening meal but midnight rations (MIDRATs)were still a very real possibility. I can’t overstate how valuable and elusive a hot meal and a porcelain toilet can be in a war zone. It was imperative that we made MIDRATs or we would be doomed to a meal of Cinnamon Toast Crunch or Special K cereal. We sped back to our FOB but were stopped, within sight of the base mind you, by a Marine sergeant and a lance corporal.

My platoon sergeant and I were livid. I jumped out of my vehicle and hurried over to my lead vehicle. I asked the Marines what possible reason they could have for halting my convoy. Turns out they thought there was an IED in the road. This happens a lot: a Marine sees some trash and maybe some wires and all of a sudden you’re on the radio calling for Explosive Ordnance Disposal (EOD) to investigate an IED, that maybe (probably) isn’t even an IED. EOD was one of the few units that were busier than we were.

The Army had a solution for this. 10th Mountain Division required an officer or senior noncommissioned officer (SNCO) in the rank of E6 or above to get on the radio and verify that the IED merited EOD support. Here’s the problem:  an Army squad is led by a staff sergeant (E6) and a Marine squad is led by a sergeant (E5). With no SNCO present, this Marine squad had to sit on this possible IED and wait for a convoy to drive by, in the middle of the night, in the hope that an officer or SNCO would appear to verify the possible IED they found so everyone could go home. This, of course, was not an ideal situation.

I’m not known for being a patient person. I asked the sergeant where this possible IED was and the Marine went into a long speech about finding Meal, Ready to Eat (MRE) trash on the side of the road and suspected that could be in fact an IED and decided to cordon off the road and block traffic. I couldn’t help but notice at the time that said Marine was holding an MRE sleeve in his hands. We went back and forth on the validity of MRE trash IEDs until I finally caved and asked the Marine to show me the IED.

He proceeded to pull a block of SEMTEX and a cell phone out of the MRE sleeve he was holding and asked me if I thought it was an IED. I grabbed the block of plastic explosives, pulled the blasting cap out of the SEMTEX, put the IED on the ground, and walked away. The sergeant tried to say something but I think the look on my face made it very clear that my anger and frustration were much deadlier than the explosive my unqualified ass had just rendered safe. On top of it all, we missed midnight rations. I forget the sergeant’s name. The lance corporal was named Caleb Medley from Charlie Company, 1st Battalion, 1st Marines.

A year later I attended the Marine Force Recon Selection and Indoctrination Course (indoc) and guess who I saw there. No not the nameless sergeant. It was Lance Corporal Caleb Medley. He recognized me too. I didn’t know much about him aside from the aforementioned MRE/IED disaster and I didn’t expect much from him at the indoc. You can imagine my surprise when he ran a sub-16 minute 3 mile on our initial physical fitness test (PFT). That’s FAST. Let’s just say that Caleb was well rested from his run by the time that I arrived at the finish line.

This trend continued through the Basic Reconnaissance Course, which we finished together, and I was proud when I saw him check into my Force Reconnaissance platoon. Obviously, I gave him a hard time about the MRE/IED he almost fed me but I was very happy that he had landed in my platoon and not somewhere else in the Recon community.

Fast forward a few years and we found ourselves on another battlefield in another country. We were eight hours into a vicious close-quarters battle a place called Shewan in the Farah Province of Afghanistan. It felt like it was over 150 degrees outside and we were running out of ammunition and water. It was a less than ideal situation. My platoon corpsman informed me that several of my Marines were in a bad way with heat exhaustion and heatstroke.

Caleb was one of them. I told him that he could sit this one out and remain with the vehicles as we assaulted the enemy-infested treeline. He refused and promised me that he would never slow us down no matter how much it cost him. That’s the kind of man Caleb was. He had an unlimited supply of heart and loyalty. He would back your play no matter how stupid it was; you could ask him to charge an enemy force eight times your number or sit there while you held an IED in an MRE sleeve. It made no difference.

Caleb Medley survived that ambush against impossible odds and countless others until he was finally taken from us three years ago today in a military freefall parachuting accident. Today we celebrate his life and his memory. Today I raise my glass to you, Caleb because I know you are watching us and waiting for that day when we see you again. Until that time we met again in Valhalla, we are never above you, never below you, always beside you.

This first appeared in The Havok Journal on February 27, 2019.