HomeCultureBooksAlways Faithful: A Story of the War in Afghanistan, the Fall of Kabul, and the Unshakable Bond Between a Marine and an Interpreter 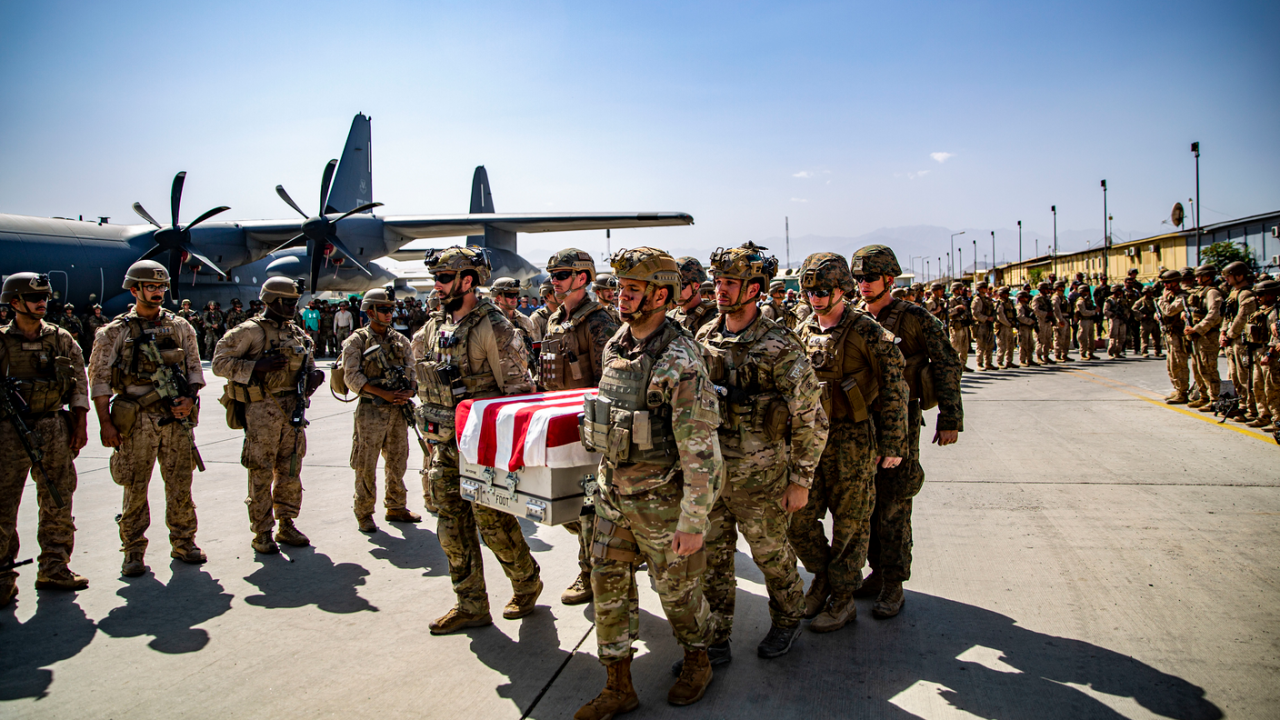 A year has passed since the bungled withdrawal of American troops from Afghanistan and many Americans are still attempting to reconcile their emotions with the troubling final chapter of the Global War on Terror. A new book attempts to bring to light a single thread from that complicated moment in America’s longest war. Always Faithful is the story of one Marine’s promise to his friend, an Afghani interpreter who served with him during one of the worst years of the war in Afghanistan, and the lengths he was willing to go to keep it.

Major Thomas Schueman made it clear to Zainullah (or “Zak”) Zaki that he would help him in any way he could at the end of their deployment together in Sangin, Afghanistan in 2011. They had forged a bond over the previous months fighting through daily firefights and terrain laden with IEDs. A bond that only those who have served together in combat understand. “I will be there for you if you need me someday,” Schueman told Zak before he flew out of the country. A decade later, Schueman was given the opportunity to make good on his promise. After years of dead-ends and bureaucratic red tape, Zak was unable to obtain a visa for himself and his family to the United States. The Taliban was regaining power over large parts of the country and he was receiving death threats daily.

Schueman met similar resistance as he worked his connections stateside. In August of 2021, the last American troops left Afghanistan and it became clear that the fall of the government to the Taliban was imminent. With time no longer on their side, Schueman was forced to take matters outside of traditional government venues. Using everything from the messenger app Signal to his social media presence on Instagram, he facilitated transportation for Zak as well as his family from the other side of the world. They made it out of Hamid Karzai International Airport safely just before it fell to the Taliban.

It is a story both exhilarating and terrifying. Zak’s harrowing escape with his family is one of the very few positive outcomes of the evacuation at HKIA. But what elevates the book above almost all other military memoirs from this era is its structure. It would have been easy for Schueman to use the opportunity as a victory lap and highlight the success of his actions in bringing his friend and his family safely to the United States. Instead, the two men employ a radically simple idea: tell the story together. Each chapter alternates between Schueman and Zaki’s perspectives starting with their childhoods, progressing through their service to the United States in Afghanistan, and then the bureaucratic nightmare that followed afterward. They share the space of the blank page in order to tell a story that is altogether more endearing and compelling than anything they could have accomplished individually.

The story of the lives of these two men and the lasting friendship they formed is where the book earns its place. It begins separately, long before either considered military service of any kind. And while the two narratives never directly acknowledge one another, a cohesive shape quickly begins to form which invites the reader to be a part of it. The back and forth feels almost conversational giving the book a relaxed and accessible feel. The juxtaposition of the alternating chapters naturally invites the reader to take note of the similarities and differences between these two men’s lives despite growing up worlds away from each other.

Schueman provides a candid look into his childhood which breaks with many of the stereotypes one thinks of military officers. He says of college “No one in my family had gone. I don’t think anyone in my family knew how to go, least of all me.” On the cyclical nature of generational poverty, he makes astute observations acknowledging that “There’s a tyranny in ignorance.” Zak offers a rare glimpse into life in Afghanistan before the attacks of September 11th as well as the sharp decline as war comes to his home country. Mornings spent in prayer with other family members and the way the open skies looked when they were filled with kites instead of jets before the Taliban encroached on their homes.

The botched withdrawal was covered by every major news outlet in the world and was captured on every social media outlet available. Many Americans witnessed, if only through the windows of their phones, the terror on the faces of those desperately attempting to escape Afghanistan by any means necessary and the reserved determination of the troops tasked with the impossible mission of facilitating the evacuation. However small that window, it was a stark glimpse at the reality of a failed withdrawal playing out in real-time. Bodies falling from planes and infants entrapped in barbed wire played on endless loops for the world to witness. It’s this act of witnessing that I believe will draw many readers to Always Faithful.

The fall of Kabul was viewed in real-time and therefore, many people will feel a direct link to this story. Unfortunately, the United States’ twenty-year war in the middle east will be remembered as a succession of fatal missteps and strategical errors; in other words, a story of failures. In many ways, Always Faithful is also a story of failures. Failures of the United States government to keep its end of the deal for an Afghani interpreter who served alongside the Marines who were sent to fight by that same government. But what sets it apart is these two men’s ability to endure and persist through those failures and endless struggles of war both on and off the battlefield and come out on the other side reunited.

Michael Jerome Plunkett served in the United States Marine Corps Reserve. After working in the financial industry for Fidelity Investments and Morgan Stanley for several years he began pursuing fiction writing full-time. His writing has been published by Coffee of Die (Black Rifle Coffee), Dead Reckoning Collective, and The Havok Journal.

Grab your copy of Always Faithful: A Story of the War in Afghanistan, the Fall of Kabul, and the Unshakable Bond Between a Marine and an Interpreter today.