HomeCultureBack to Iraq: “Put Me Back In, Coach” or “Let it Burn?” 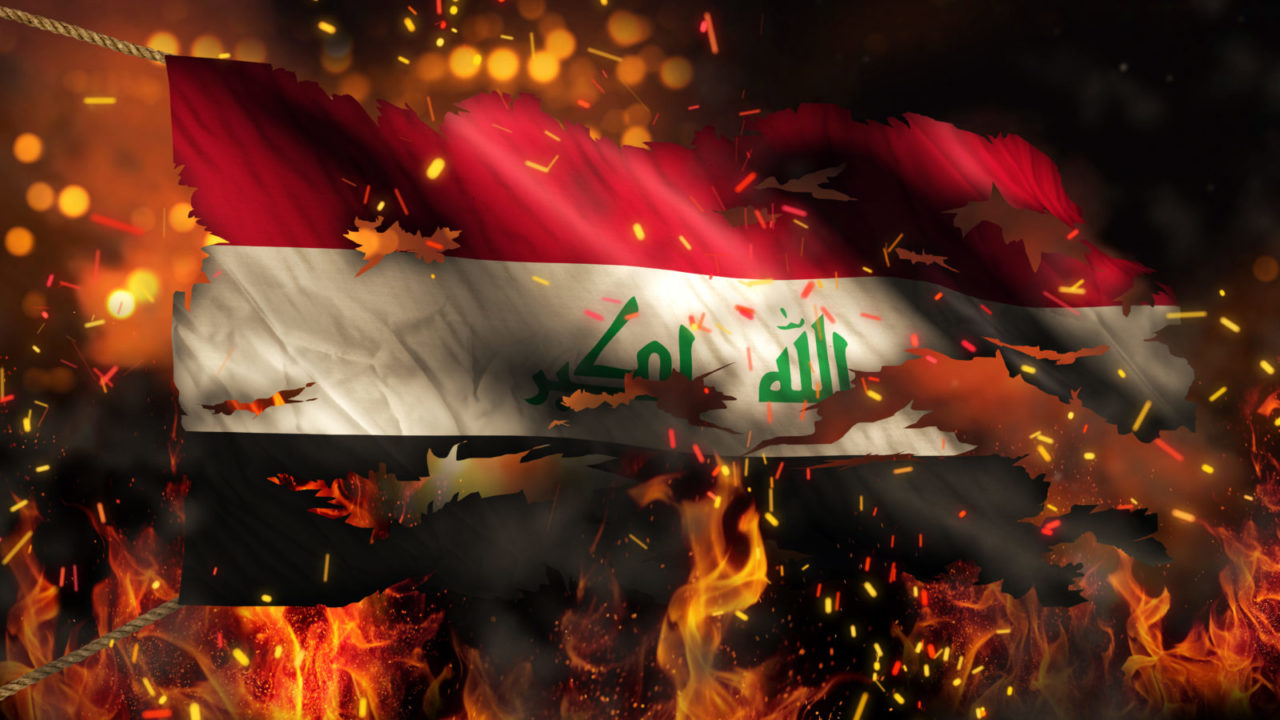 Back to Iraq: “Put Me Back In, Coach” or “Let it Burn?”
by Scott Faith

Author’s Note: This article was first published in September of 2014. While several facts on the ground have changed since then, my attitude about what to do about it hasn’t. What is YOUR opinion?

Like many members of the U.S. military, I served in Iraq multiple times. I was there in 2004 during the heady days of post-invasion euphoria when optimism was running high and the people were on our side.  I was there in 2006 when things were bad and getting worse, and everyone was calling the war “unwinnable.” And I was there in post-surge 2008 when Iraq was slowly struggling to its feet. All of my tours in Iraq were with special operations units, which gave me the opportunity to gain a perspective that included the tactical, operational, and strategic levels of that conflict. When I left Iraq for what I hoped would be the last time, Iraq’s central government was weak and thoroughly corrupt, but it looked like things could, just maybe, turn out OK.

Apparently I’m in good company when it comes to erroneous appraisals of the situation in Iraq. In 2003, President Bush declared an “end to major combat operations” in Operation Iraqi Freedom.  History, and Al Qaeda, proved otherwise. As recently as 2010, Vice President Biden declared that Iraq would be one of the “great achievements” of the current administration. I’m pretty sure he would not make such an assessment knowing what we all know now:  once again, Iraq is on fire.

What we all know now is that Mosul, Tikrit, Kirkuk, and now Ramadi have joined the list of major Iraqi cities that the Iraqi government no longer controls, having lost these population centers to the Al Qaeda-affiliated group ISIS (also known as ISIL) or other armed sub-national groups.  Currently, Iraq appears to be in a death spiral, with the Islamist cancer that has been festering for far too long in the western city of Fallujah now metastasizing and spreading counterclockwise throughout the body of the state of Iraq and getting closer and closer to Baghdad, like water circling a drain. It is clear that the fragile government we left behind in Iraq is coming apart at the seams.

While it is true that Iraqis are signing up in large numbers to fight Al Qaeda and its proxies, what we’re seeing is not a rush to protect the state but is instead the opening maneuvers of Iraq Civil War 2.0. Iraq needs help badly, and so far the only ones willing to provide it on the ground in Iran, which apparently sent two battalions of its elite Quds Force to “help Iraq retake” (i.e. seize for themselves) the city of Tikrit, which allowed Iraq to trade one group of occupying religious extremists for another. 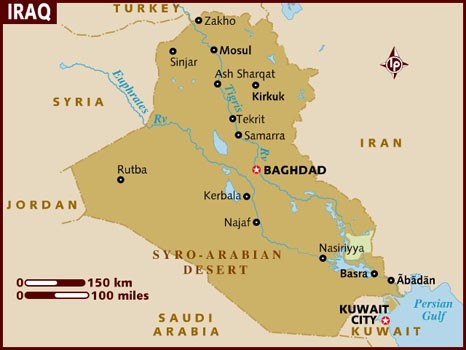 Now, for those of you unfamiliar with Iraq’s geography, take a look at the map to the left and see how far inside Iraq the city of Tikrit is (spelled as “Tekrit” on this map). If Iran can send two battalions that far into Iraq, and ISIS can seize everything north of it, is there any doubt that Iraq may be breathing its last as a unified nation? The current situation in the north and east doesn’t even address the issue of the Shiite militias in the south, the Sunni separatist movement to the west, or the territorial aspirations of Iraq’s Kurds in the northeast.

We knew that Iraq would be complicated, messy, and fractious for quite some time after we left, but it seems more and more obvious that what we thought were the growing pains of a newly born democratic state are instead its death rattle.  Iraq had a chance to come together as a nation and decide its future together, but we’re far from what we saw as the promise of a (relatively) stable, unified, and democratic Iraq.  So what went wrong?

Many things, apparently.  The first and most obvious was, of course, President Bush’s decision to invade Iraq in the first place.  Then-President Obama came to power in part on a promise to end the war in Iraq.  “End,” he said, not “win.”  While the war is over for the US—for now—I guess Al Qaeda, Iran, and the other groups fighting there didn’t get the memo.  More than that, though, we chose democracy for a people who weren’t ready for it, and couldn’t handle its responsibility, and then wondered why it didn’t work for them.

I believe that all men have an inherent right to live free under a government of their own choosing, and I think that a democratic form of government is ultimately the fairest, equitable, just, and profitable one in the world. But I’m also interested in promoting what’s best for America.  So while we might hate to admit it, in order to have a stable, coherent nation in Iraq that we could use to promote our national interests in the region, a dictatorship might have been the best form of government for Iraq’s current composition and level of development.  We took that out of the equation and didn’t give the Iraqi people something that they thought was better.  Both nature and identity politics abhor a vacuum, and radical militant Islam was there to ooze into the gaps we left behind.

With that said, I’ll leave the “could have” and “should have” of our most recent Iraq excursion to the historians and concentrate on the here and now.  Right now, strategically-important Iraqi cities are falling like dominoes and Iraq seems to lack both the will and the capability to do anything about it. Additionally, every group with identity, some kind of territorial ambition, a coherent narrative, and an armed militia is seizing territory for itself. Aside from the various armed Sunni terrorist groups vying for power in the north and west, the Kurds have moved in to fill the power vacuum created when Iraqi forces abandoned their positions in what many aspire to be “Greater Kurdistan.”  The Shiites in the south are mobilizing again as well. Potentially-stabilizing forces such as aid workers, investors, and foreign workers are fleeing the country.  Even the U.S.’s massive, billion-dollar embassy, the most expensive and purportedly the most secure one in the world, is reportedly on the verge of being evacuated.