HomeCultureArmy Strong or Army Wrong? Six Things the Army Could Learn from the Marines 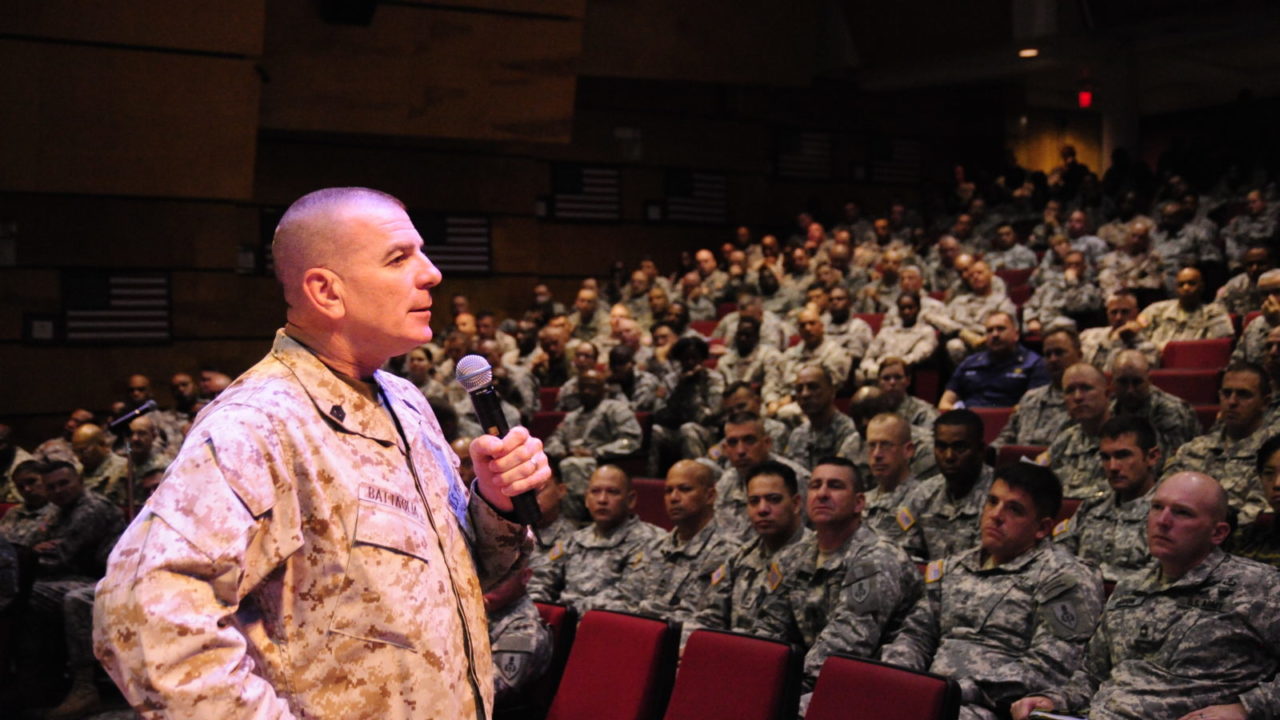 This originally appeared in Rally Point and is reposted here with the permission of the original author. This first appeared in The Havok Journal on May 30, 2019.

Today, I may make some people mad. But what I want to address is vitally important.

I have been a drill instructor in a prison boot camp (an adult penitentiary down South) for over six years now. We train and rehabilitate non-violent offenders using a 105-day military-style boot camp. Before that, I served for 21 years in the Regular Army and worked a gig for Weapons of Mass Destruction (WMD) anti-terrorism training organization for the Department of Homeland Security (DHS).

During my military career, I served two tours in South Korea (one of which was retroactively considered a combat tour because of the unanticipated battle on 23 November 1984), one tour in Germany, two Middle East combat tours, and a total of five and half years as a paratrooper and jumpmaster. I say all this not to spout out my resume, but so that I can assure you that I am absolutely qualified to make the statements I am about to make.

In the last six and a half years since I took on this job, I have been studying to become a drill instructor. Where did I go for my research? The Marine Corps.

I have always been fascinated by the Marines. In fact, I have served alongside them on several occasions. I began reading articles, watching hours and hours of video, and speaking with many Marines (drill instructors and non-drill instructors alike).

Here are the things I have learned through my extensive research:

1. The Army runs a softer, “human dignity based” reception and receiving when the recruits arrive. The reception is so weak that it sets a very bad tone for the remainder of not just their training, but for their whole career in the Army. Recruits show up to a firm welcome by the drill sergeants and staff, but it’s not the controlled mayhem of a Marine Corps Recruit Depot (MCRD). In fact, it seems to comfort and reassure soldiers as if to say “calm down and relax, it’s going to be all right.” Now that is all right if that is a message from your mother, but it’s not okay when we are trying to build the next generations of Spartans.

Marine receiving, on the other hand, is a “shock theater” from the minute they get off the bus through their graduation. The mayhem starts when their feet hit the “deck” and it never ever lets up. The discipline and stress is through the roof! The Army reception staff occasionally get perplexed as if to say “silly Private, get over here…shucks, what are you doing?”

In an MCRD, the recruit would be screamed at: ”GET OVER HERE! TOO SLOW, GO BACK! GET OVER HERE! STOP EYEBALLING ME! GET YOUR HEELS TOGETHER! Hey there was something you were supposed to say when told to do something, WHAT WAS IT? RESPOND!…AYE AYE SIR! RESPOND!”

See the difference? Here’s what I always say: weak pick up, weak recruits, strong pick up, strong recruits. That means if you “go in punching,” so to speak, the recruits know you mean business, you are not playing, and you are tougher than they are. You want them to be nearly peeing their pants from fear and stress.

The Army feels we need to treat people with dignity and respect and that people will shut down if screamed at too much. If that were true, the Marines have been doing it wrong since about 1952. That’s around the time that the Smokey bear hat and the structured chaos of boot camp kicked into gear. Don’t get me wrong: the Marines always wrote the book on discipline, but during the 1950’s the MCRDs really stepped up their game.

While the Army does change the person’s life, it does not instill the intrinsic values in the same way that the Marines do. Unless you are in an elite Army unit like Infantry, Airborne, Rangers, Special Forces, or Delta, you just don’t have the warrior ethos that the Army claims it builds. If you are a motivated gung-ho individual and you are not in an elite unit, the Army (or at least fellow soldiers) treat you like an oddball. How do I know this? I have spent a total of about 30 years around it, and I have been in Airborne, Infantry, and attached to Special Ops units, as well as regular units. In the Marines, gung-ho motivation is business as usual. You stand out if you aren’t highly motivated.

3. The Marines base their training on indoctrinating the individual into the core values of the Marines. Their training relies heavily on close order drill. They believe that drill instills a sense of teamwork and attention to detail that no other activity can. Drill teaches an individual that there are immediate consequences for an individual’s actions on their group. In other words, when one guy messes up a movement, it doesn’t go unnoticed. That soldier makes his squad look bad, that squad affects the platoon, and so on. Have you ever seen one guy in a formation either doing something late or doing the wrong movement? It sticks out like dog balls!

Now take this concept – that my actions affect the group as a whole – and apply it to war. If I move and am seen by the enemy, I may not just get myself killed, but my whole squad, platoon, company, etc. When you train with that kind of attention to detail, you are disciplined.

The Army conducts impeccable training in close order drill. In fact, the largest source of failure for students at the drill sergeant school is testing of the drill modules. So why does the Army not march as well as the Marines and why is marching not as high a priority in the Army?