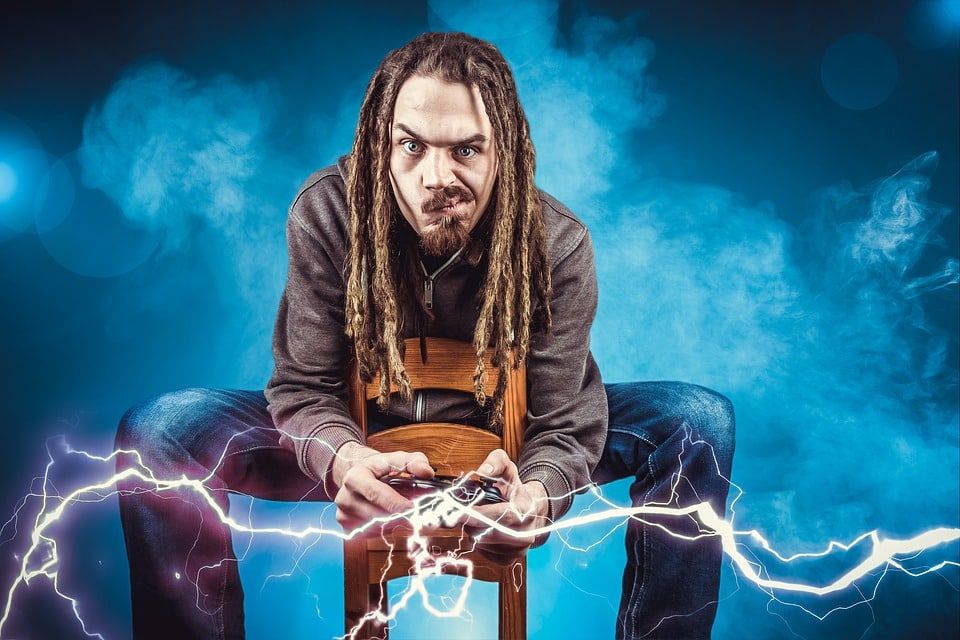 Some people prefer slot online gaming, but me, I’m a sucker for free multiplayer games. This is partly because I’m cheap; my kids have this thing where they think they need to eat three times a day, and that seriously cuts into my AAA gaming budget. I keep telling my wife we should just send them out in the woods with sharpened sticks to let them fend for themselves, but she won’t let me for some reason. Can’t imagine why.

At any rate, free from the constraints of AAA budgets and studio pressure, free and free-to-play games are often, well, free to try new things and make mistakes that no studio would allow on a $150 million tentpole release.

The game I’ve logged the most hours in over the last few years, for instance, has been World of Tanks. In the world of hyper-fast first-person shooters and battle royales, it’s both literally and figuratively a blast from the past. None of the tanks are from later than the Vietnam era, and the fact that you’re driving, you know, tanks, means that the gameplay is slower and more methodical. Strategy and teamwork count, and lone wolves typically end up blown to pieces in the opening moments of the match.

With that in mind, I decided to give America’s Army: Proving Grounds a try, and holy crap, I’m glad I did.

Let’s back up a little. In the mid 2000’s, the Army decided to get into the videogame business with a free shooter that was little more than a thinly-veiled recruiting tool. For the low, low price of talking to a recruiter (or knowing someone who could get their hands on a disc), you could get a barebones but reasonably competent multiplayer game that didn’t need a supercomputer to run.

The original America’s Army was old school even when it was new. The gameplay harkened back to the early days of Counterstrike more than anything; it was fast, brutal, and relied far more on rote memorization of the map than anything resembling tactics. You learned where you had to go, which points you had to control, and often started shooting before you went around corners, because the time to kill was so ridiculously short, if you didn’t you were probably toast.

Over time the game evolved. It became more polished. Larger maps, the addition of vehicles and other mechanics, more weapons balance, all of this conspired to make it a vastly superior game. It also conspired to make it far more than my short bus special of a computer could handle, so I quit playing. And then, about a year and a half ago, I found out that America’s Army was back, this time on the PS4. I downloaded it, then promptly forgot about it so I could finish grinding to the Tier 9 American heavy tank before going overseas. Because, you know, priorities.

Finding myself back in the states and with a surfeit of free time on my hands, I decided to give it another go.

Ladies and gentlemen, America’s Army: Proving Grounds is bad. It looks like it belongs on the PS3, but the gameplay has regressed clear back to the early days of the PC version. It also tends to lag if you get too close to other players, and matchmaking is nonexistent. You basically get thrown in with whatever odds and sods happen to be queuing up at the moment, regardless of region or skill level, which makes for some pretty unbalanced games. Especially since leveling up is a truly glacial process. It’s not uncommon to end up in matches with cherry players in their first week as well as grizzled veterans with hundreds of hours.

But honestly, it’s the most fun I’ve had in a shooter in a long, long time. No, I’m not crazy. Hear me out for a second.

AA:PG isn’t anywhere near as polished as pretty much any iteration of Call of Duty released in the last decade, and it has nowhere near the scale of any of the Battlefield games, but man, it’s frigging intense.

For starters, there is no heal mechanic. You don’t regenerate health over time, and if you survive being shot, you’ve got to bandage yourself before you bleed out. Once you’re dead you can be revived by a nearby teammate, but you only come back with a quarter of your health, and you only come back once. What’s more, if an enemy gets to your body first, they can secure it, keeping you out of the round until the next one starts. If that wasn’t enough, while bandaging, reviving, or capturing, you’re essentially helpless for a few seconds, so you have to time everything perfectly or risk taking a bullet to the face.

Time to kill isn’t as excruciatingly short as it was on the original PC iteration, but it’s still quick enough that a single well-placed burst from any weapon can end you, and even pistols will do the trick nicely if you’re close enough.The only thing that stops shotguns from being dominant is their extremely limited range, and a tendency of the maps to feature wide open sightlines that make such weapons ill-advised.

There are no killstreaks, perks, or any of the other nonsense we’ve come to expect on modern shooters. The closest thing you’ll find to a tank is an Argentinian kid with a laggy connection who takes three and a half weeks to realize he’s been shot. To cap it all off, friendly fire is always on. Graze a teammate, even if it was their fault, and you’ll get yelled at. Kill them and you get booted from the match.

Ten, fifteen years ago, this was a recipe for anarchy. Today, it results in some of the tightest, most well-coordinated teamwork I’ve ever seen in an online shooter.

Unlike games like Overwatch, where team roles are determined by character selection, in AA:PG, you choose what weapon you’re good with at the beginning of a match. If you choose to be the sniper, you best be a sniping fool. If you want the LMG, you’d better be ready to lay down suppressing fire and pull your weight. If you choose a shotgun, you’re sort of an idiot unless it’s one of the really closed in maps.

You can instantly recognize the experienced players in a match. They’re the ones checking corners, moving in groups, bounding, and basically acting like real soldiers, regardless of whether they have any real military experience. They have to, really, because that’s the best way to win, and with the grind being as hard as it is to level up, winning is the only way to get anywhere. The consolation prize for defeat is barely a pittance.

So yeah, America’s Army: Proving Grounds is a bad game by modern standards. But in a world of wall running and dabbing and whatever other nonsense populates the latest AAA titles, it’s the right kind of bad: a barebones shooter that offers a purer experience than anything you can pay $60 for at Gamestop.

This first appeared in The Havok Journal August 2019.