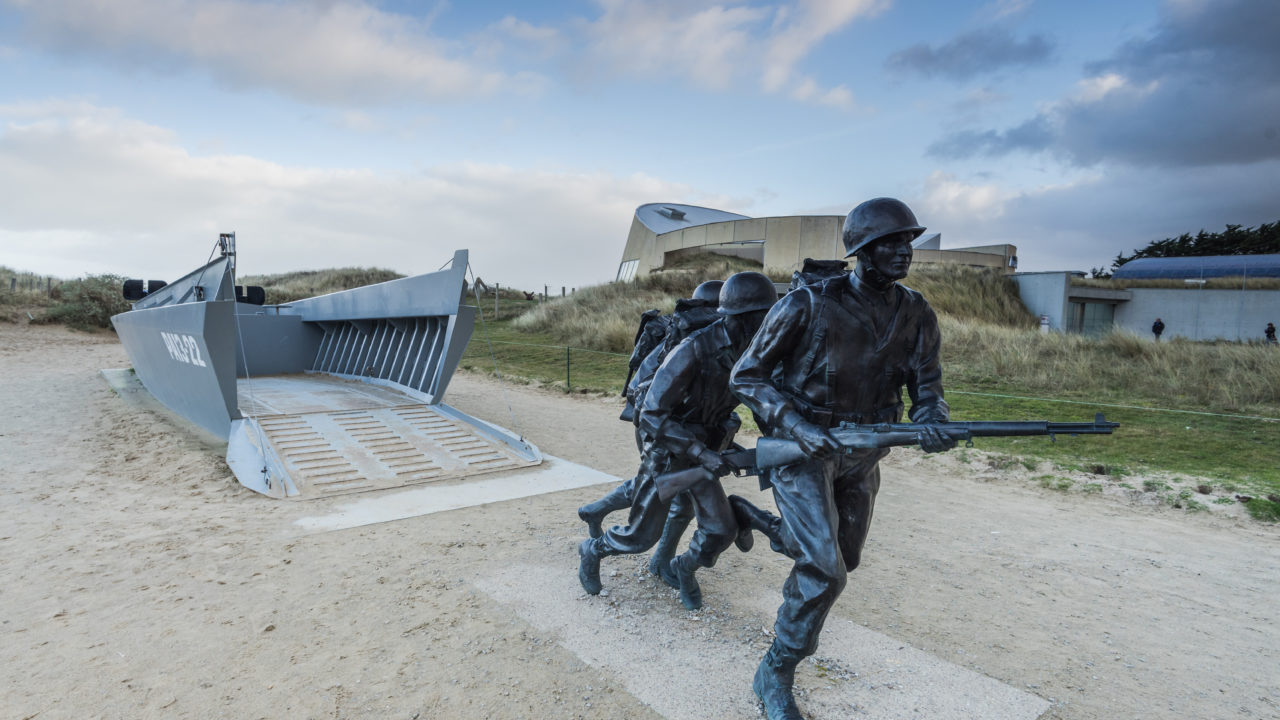 On May 4, 2019, I “met” the horn I’ll play in Normandy at the American Cemetery on June on June 6th for the D-Day 75th anniversary, and again at Omaha Beach on June 7th, with the 300-member Longhorn Alumni Band from the University of Texas (UT). This instrument was carried onto Omaha Beach by its owner, Richard Wank, the only survivor from his landing craft.

“He was in the front of the Higgins boat, and when the ramp dropped, he jumped out and turned around and everybody was dead,” said Jeff Wank, Richard’s grandson.

After making it to the beach, Richard lay wounded on Omaha Beach unattended for two days with his trumpet beneath him. Read more about Richard who was awarded the Silver Star, a Purple Heart, and a dozen other medals for his heroic service during WW2.

Through an amazing string of coincidences and chance meetings, the instrument will once again be played on Omaha Beach, sounding “Taps” in memory of the fallen. I met the instrument’s owner, Jeff Wank, who grew up knowing nothing of his grandfather’s courageous exploits—and not even knowing that the trumpet existed— until his grandfather passed away.

After a Longhorn Alumni Band rehearsal ended, several of us found a quiet spot in the Byrd Room at UT, to give me a chance to try out the horn. I sounded “Taps,” a bugle call played at dusk, during flag ceremonies, and at military funerals by the United States Armed Forces. Those notes—the first notes Jeff heard played on his grandfather’s trumpet—overwhelmed him with emotion. 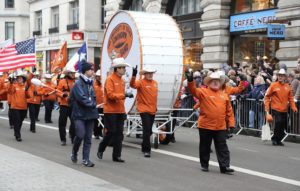 All of us involved with returning this horn to Omaha Beach are tremendously honored to play a small part in honoring one man—Richard Wank—whose horn meant so much to him that he carried it into battle. And, at the same time, we’ll also honor the thousands who fell and never returned home.