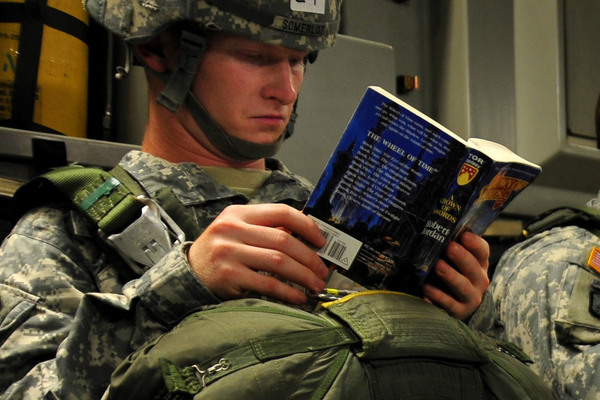 Personal Memoirs of Ulysses Grant – Ulysses S Grant:  The personal memoirs of the greatest General this country has produced.  In my opinion, Grant was the most American of our great Generals and one of the most authentic and sympathetic.  He was a failure at most everything in his life and utterly unremarkable – but when his moment came, he was exactly what was needed.  Chapter 16 of his book should be required reading for every American.

The Sayyid Qutb Reader – ed. by Albert Bergesen:  I am often flabbergasted when I run across people who despite the fact we have been at war with Jihadists for 14 years, hardly know anything about them – people whose conception of the enemy is Fox News talking point deep.  Qutb is considered the intellectual father of modern Jihadist thought – Osama Bin Laden was a huge fan.  Qutb’s themes underpin almost all of the Jihadist messages you see today and this work is a good place to start unpacking their messages.  It is possible to understand something without condoning it.

On Guerrilla Warfare – Mao Zedong:  If you have not read this book, then you are not armed to discuss insurgency/counterinsurgency in any sort of truly intellectual fashion.  Mao had this shit figured out.  I dare anyone to read it and tell me it doesn’t apply today.  It is a guidebook to a people’s revolution which actually succeeded.  I don’t know if the Taliban have read it but given how they have evolved over the years in Afghanistan, I tend to think they might have.

Revenge of Geography – Robert Kaplan:  Long time geography, travel, and world affairs writer.  He actually goes to the places he writes about and writes with a lyrical and descriptive air.  He is adept at fusing geographical considerations with the history of an area and extrapolating forward.  Personally, one of the most powerful ideas I got from him was the east-west ‘layer cake’ demographics of West Africa and how the north-south colonial borders predicated on the rivers dooms most of the nations in the region to instability.

The Civil War – Shelby Foote:  This is the American Iliad.  I personally believe that the United States we live in today was forged not in the American Revolution, but in the US Civil War.  There are some out there who believe that McPherson’s single volume Civil War history is the best and mock Shelby Foote’s sentimental and lyrical prose.  I disagree – like the Gibbon’s ‘Rise and Fall of the Roman Empire’, the Civil War was sufficiently epic that it demands a story told around the fire, not a mere recitation.  Yes, it is very long.  Pick three summers and read one volume per.

The Philippine War – Brian Linn:  One of America’s forgotten conflicts.  Unfortunate because so much of what happened in America’s post Spanish-American war occupation of the Philippines tracked with our experiences in Iraq.  The war lasted for 14 years and it was a brutal guerrilla war fought with tactics which would be utterly shocking – remember a lot of the officers involved gained their experience in the Indian Wars and fought in similar fashion.  I would like to go back in a time machine and make every decision maker in 2002 read this book.  It would have shattered a lot of the ‘logic’ that was going around in those days.

On Combat – Dave Grossman and Lauren Christensen:  Violence is the natural state of humanity, but centuries of progress and civilization have conditioned large segments of people towards finding killing abhorrent.  That is a good thing and an achievement to be applauded – except for when it is not, like when you are on the battlefield.  This book paired with his earlier work ‘On Killing’ are serious studies on the psychology and physiology of killing and violence.  It is not a polite conversation, but a necessary one for those who deal with this subject.

Starship Troopers – Robert Heinlein:  This remains one of my favorite classic science fiction books of all time.  Come for the amazing action sequences – but stay for the lessons on violence and civics.  This book has been criticized as glorifying a fascist future dominated by a militaristic society but I think most of us are smart enough to not buy that line.  This is a book about being invested in your society and a citizen’s responsibilities towards maintaining the hard won order.  This is definitely one of those cases where you need to ignore the movie and read the book.

New Ideas from Dead Economists – Todd Buchholz:  This is an odd book to have on the list and I came to it by accident.  Glad I did because it is the most readable economics book ever and gives a great view on various economic theories out there and how they really apply.  Not for the serious economist but don’t let it put you off – if you want to get the basics without having to go to school, you could do worse than this book. 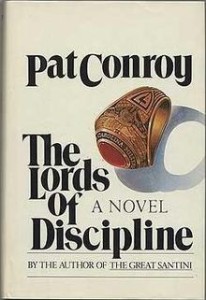 Lords of Discipline – Pat Conroy:  Conroy is a national treasure and this is my favorite book of his.  It is about a Cadet in Southern Military College (modeled after a fictionalized version of the Citadel) during desegregation – and the hero of the story is an Irish Catholic so it has that going for it also.  It is a story about fairness, integrity, bravery and humanity and much more so than facile morality tales like ‘Once an Eagle’ – this is the book which should be required reading for young men and women getting ready to become leaders.  I cannot recommend it enough.

The Economic Consequences of the Peace – John Maynard Keynes:  One of two oddball books on my list, this is one of the best ‘intelligence’ books out there even though it has absolutely nothing to do with intelligence at all.  Keynes was one of the British negotiators during the Treaty of Versailles.  He was vehement in his assertion that the peace treaty was way to brutal on Germany and wrote this book in response.  Though it is short and dense, it is eerily prescient in describing everything that would happen in Germany should these harsh conditions be imposed on Germany – in short, he predicted the conditions leading up to World War 2 – “But who can say how much is endurable, or in what direction men will seek at last to escape from their misfortunes?”   This is what strategic predictive analysis looks like and given the criticism he could have took for writing it, what intellectual bravery looks like.

People’s History of the United States – Howard Zinn:  True story, several years ago I got a donated copy of this book from the post library – not knowing anything about it at all.  I had it on my desk unopened when my Boss walked in and seeing it there, got very upset and berated me for being ignorant and took the book away from me.  This started by life-long obsession with this book and I have owned a copy of it ever since.  This is a controversial book – a retelling of American history from the viewpoint of the ‘oppressed’ which is not at all complimentary of this nation.  I disagree with lots of what is written in this book but I do love it so because it challenges assumptions and the mythos of the country and causes one to actually question and explore.  In my explorations, I found that Zinn is full of shit on many points – and absolutely right on others.  This book taught me two things – 1) Go discover the truth for yourself and 2) Telling a person they can’t read something is a surefire way to get them to read it.  I think that’s a a pretty good life lesson for everyone.

This article first appeared in The Havok Journal on 28 April 2015.