HomeCultureA Veteran’s Music Tribute: Thank You for Being There 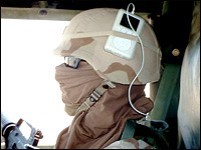 2016 was already a rough year for music fans around the world.  Last December, former Stone Temple Pilots front man Scott Weiland was found dead of a drug overdose on his tour bus. Three days after Christmas, an aggressive cancer took metal rocker Ian Frasier “Lemmy” Kilmeister of Mötorhead. Heart failure took Crooner Natalie Cole on New Years Eve 2015.  Music and culture icon David Bowie succumbed to cancer on January 10 2016, while pneumonia took Glenn Frey, co-founder of the Eagles on January 18, 2016.  May their souls rest in peace, although quiet may not be in store.  Wherever they are jamming out, I’m sure it’s a good time.

Havok Journal writer Kerry Patton recently wrote a piece cautioning others from pitting the veterans community against the celebrity community.  Read Kerry’s words; it is useless and unnecessary to pit the two cultures against one another.  In fact, musicians and Special Operations Forces (SOF) may have more in common then we care to admit.  Both communities value privacy (if you dispute this point, read about Neil Peart and Kurt Cobain). Both cultures are extremely passionate about their work.  SOF and music professionals work long and hard hours over many years to become masters of their craft.  Not weeks, not months. Years.

Think about it. Watch documentaries on band like Rush, Nirvana, or the Grateful Dead, you’ll find tales of late nights in seedy bars, playing until fingers bled and callouses formed. Similarly, learn the lives of Master Sgt. Joshua Wheeler, Staff Sgt. Matthew McClintock, and Navy SEAL LT Michael Murphy and you’ll see the long way to the top. Neither profession is easy, and half-measures do not breed success.

The two cultures—like many others—also share negative elements e.g. substance abuse, personality conflicts, infighting, and yes, death. The old hands are respected, revered even, because they made it in a line of work where so many die young—or at the very least, don’t make it to the top.  Perhaps, that is why we take the deaths of older musicians like Glenn Frey, BB King, or older Green Berets like Chief Warrant Officer Two Mike Duskin, and SFC Riley Stephens, so hard.  They were old hands—supermen—in a hard profession.

Music, has always had the tragic element of young death associated with it, going as far back as Mozart, who died in his mid-30’s.  The twentieth century saw us lose greats like Janis Joplin (27), Jimmy Hendrix (27), Buddy Holly (22), Ritchie Valens (17), Otis Redding (26), and Randy Rhoads (25), to name a few.  As a self-professed metalhead, I’ve mourned the deaths of Static-X frontman Wayne Static, drummer Jimmy “The Rev” Sullivan of Avenged Sevenfold, and bassist Paul Gray of Slipknot.  I don’t consider my mourning to be misplaced.  They were respected professionals at the top of their game.  I, along with thousands more, mourned them because they had so much talent. We erroneously thought, and maybe selflessly expected, they had so much more time to create amazing music.

Of course, the reality of a young death is inherent in military service.  Men and women like Capt. Andrew Pederson-Keel, 1st Lt. Ashley White-Stumpf, Warrant Officer Joe Schiro, Staff Sgt. Justin Marquez, Capt. Jennifer Moreno, and Capt. John David Hortman had so much talent.  We knew these individuals were special, and we waited anxiously to see their future successes and achievements.  Some of us may still bear guilt that we survived while such brave, smart, and incredibly intelligent people died. My father, a Vietnam veteran, mentioned survivor guilt to me on more than one occasion. I never understood it until I began to go to my comrades’ funerals.  I often wonder if other musicians feel the same…if they are saddened by guilt or feel obligation to honor the memory of their dead colleagues through more great music.  I believe it is so.

Tragedy. Struggle. Redemption.  Themes inherent in the music and SOF communities.  Scott Weiland struggled with substance abuse nearly his entire professional career, ultimately succumbing to it in his final days.  His ex-wife passionately detailed the toll it took on their marriage and children in a letter to his fans. Natalie Cole battled cocaine and heroin addiction, but became sober and climbed back to the top of her game, featuring a duet with her famous father, Nat King Cole.  Lemmy was known for his hard style of music, singing, partying, and drinking. He led a wild band, on a wild stage, lived a wild life. If you want an idea of how much Lemmy drank, Jack Daniels branded a single barrel whiskey after him and his band.  Glenn Fry and the Eagles struggled through it all.  Drugs and alcohol, firing band members, breaking up for over a dozen years and coming back even stronger to reach the Rock and Roll Hall of Fame.  They continued to tour well into 2015.  If you need a case study in positive and negative team dynamics, the Eagles are it.

Similarly, SOF soldiers take it to the limit.  Drive, determination, and passion force some to push too hard, and they look to negative sources to find the next advantageous edge or to the take the edge off of physical and mental wounds.  Unfortunately, too many of us know comrades-in-arms who succumbed to their addiction, pain, and suffering.  Many good people diligently grip hands with our brothers and sisters, and give them a hand up out of dark places.  We, as SOF, cannot be successful in what we do without going to dark and troubling places, where violence keeps the peace, friends die young, and trauma encompasses the physical, mental, emotional, and spiritual domains. 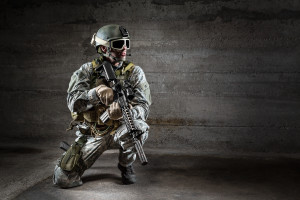 Interestedly similar to the music world—where some of the best songs come out of pain—many of us have returned to peak performance from the depths of despair.  I know every SOF operator can name a “Lemmy;” the teammate who lives hard, parties harder, and drinks the hardest.  They also fight hard, move fast, and assault constantly.  Life—in all endeavors—is truly lived at “100 percent and then some.”  Of course, a comparison of team dynamics between the Eagles and an SF team can be an entire article on its own. Bernie Leadon dumped a beer on Glenn Frey’s head before he quit.  Frey, Henley, and original member Don Felder publicly fought onstage before the band imploded in 1980.  A team room of type-A personalities is no stranger to that type of combative, “closed door” session.

This is not to say our professions are anywhere near the same.  They are markedly different; however the common element is the human element.  Our communities are made up of driven human beings who strive, fight, rehearse, practice, and discipline themselves and their teammates to make it to the top of their craft. And once success is achieved there is still more to strive for e.g. platinum albums, the rock and roll hall of fame, or specialty skills, missions, and a place in a national special operations force.  Musicians and SOF personnel both understand they are assessed and selected daily; if you fail to perform at a high level, you are marginalized to the fringe. Success isn’t self-sustaining; it takes consistent, focused, and innovative work.

A plea to our readers: enjoy the music around you. Whether you enjoy a night at the symphony, a country-western concert, or head-banging to heavy metal, invest the time and coin to see talented and passionate performers live.  Buy their CDs and records, pay for song downloads, and go see concerts in arenas and dive bars.  You never know when the light they shine will be snuffed out forever, with just audio-visual recordings to sustain ever-fading memories.  Be there, be present, and celebrate the beauty musicians create…music created in a culture veterans and service members protect.  Honor their craft, and savor the freedom to enjoy live music, whatever the style.