HomeCulture5 Things I Wish I Knew before Deployment 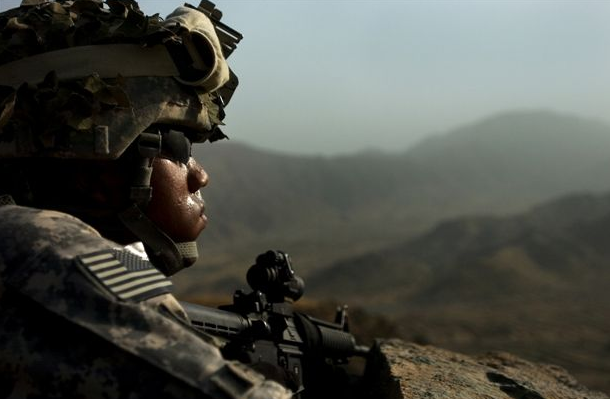 My wife and I were watching TV and I received a phone call saying I will be going on a deployment, details will be given at a later date. Instantly, I thought, “finally, it’s here! Now it’s my turn!” What I didn’t think about was all the preparation to leave. I, like other many young soldiers, was in a naïve mindset where I believed the Army would handle everything down to the last piece of paper I have to touch.

I was very wrong. I had so many questions arise, and that went unanswered, that at times I felt more worried about the couple months before deploying than I did about the deployment itself.

I Googled long and hard to find some information that would help me out. To my surprise, there wasn’t a lot online that was helping. Most of the time when I searched “pre-deployment help” I got information for spouses of a soldier who was deploying. Of course, there’s nothing wrong with that, but it didn’t help me any.

I eventually got my answers whether through calling around to friends, from my leadership, or figuring it out on the fly. So, now I would like to put this information out, in a very simple format, to where any other young soldier who is in the same boat I was, can get his/her mindset and ready for their mission.

1. Gear/Pack
Obviously, a huge focus point will be your gear. Are you getting new issued gear? Using what you have? What exactly do you need? Luckily this should get answered by your leadership, if not, just think about things you use now and what you need. Most of your training taking place in X-Y-Z? You should probably bring that then. Never used the blow-up sleeping mat (yeah me neither)? You can probably do without that then.

The big idea I want to hit on for gear is to pack early and not around your loved ones. It will make it harder for you as you’re packing for your big trip and see your wife/husband/kids watching you with a sad look on their face. Plus, if they are out of your way it’ll make it easier to spread your inventory out and visually see what you have and don’t have.

Packing early will make you feel at ease as you’re spending time with family and friends. You don’t want to be at dinner with your wife and the only thought in your head is about packing. It also gives you time to think about what you packed and double-check it. If you have that, “I think I forgot something” feeling in your stomach, then you probably did. If you get that feeling early enough, you’ll remember what you forgot early enough too.

Pack early, and save yourself the headache.

2. Get your finances/documents together.
Again, your leadership will most likely help with this, especially the paperwork side, but there’s a few things I didn’t hear about or fully get to finishing before I left that I wish I had.
First, look into all your payments. Most companies will lower, or I’ve even heard completely get rid of, interest fees for a deployed servicemember. This I didn’t hear about until I had already got to where I was going, so there wasn’t much I could do from there. Ask around and do some research see if you can save some extra money while you’re raking in the deployment money.

Next, set up automatic payments, too. I set that up last minute which wasn’t a smart idea because I didn’t have any test run months. My first month of being gone from home I realized I hadn’t set up one payment, and another I didn’t finish successfully but never read the notice telling me that. I ended up scrambling to get onto a crappy wifi connection and fixing it, but if it wasn’t for the wifi I would’ve had some extra headaches that weren’t needed.

3. Get your quality time in.
This was preached to me a lot, and luckily, I listened. I’m listing this not because I didn’t know, but because it was definitely helpful and I’m glad I listened. Even if it’s just a friend or a few friends, take some time to sit down and relax with them. You will thank yourself for it.

If you’re on active duty, take whatever extra leave you can. Get home see your family, friends, and simply catch up. If you’re reserve, make your last day at your civilian work a couple of weeks before you head out. If you have kids, take a night or two where you can sit down on a nice date and be romantic. Also, take some time to yourself. Be alone with your thoughts for a bit, think them out. Personally, I got so caught up in my training, visiting friends/family, and other pre-deployment activities I never actually thought fully through how I felt. It didn’t hit me until I was on the plane what was going on, and that wasn’t a good time for that to sink in. This leads me to my next point… 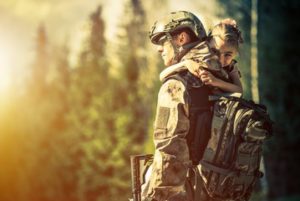 4. Accept what is coming.
This is a really deep one that takes some reflection and personal time to sort out in your head. Realize you’re about to be gone from home for a while, and things are going to be different while you’re at your designation and when you get home. You won’t be in the loop and in all the inside jokes, and you for sure will be missing out on something. From a birthday for a child or something as simple as your friends going out and having great nights. Just do your best to stay in touch and up-to-date so you don’t feel as out of touch.

The big one: you might make the ultimate sacrifice. Yeah, dying. For some, they don’t even worry about it, others it keeps them up at night. You don’t know what could happen, and you sure as hell have read/seen all the horror stories from those before you. The way I thought through it to help ease my mind was very strange, but very helpful, and I thank a good friend for this thought process.

“If, and IF, you die. You won’t even know it. Yeah it sucks, but you won’t feel it, you won’t be sad or mad, you’ll just be gone. As shitty as that is to think about, it’s the truth. And at least you died fighting and serving.”

So, if you worry all day about dying, and at the end of deployment you come home fine, then you wasted all that time and energy worrying about something that didn’t even happen, and if you do die, you won’t even know! I know, this sounds very straight to the point and too simple, but really this helps people out.

5. Missing home.
This I came to learn from my time on deployment. At first, the thought of being away from my wife, and home, would really hit me hard. Someone I spent every day with is now suddenly gone from me for over nine months. How do I do this? Then, I came across a weird realization.

The time zone switch, and me being busy, was enough that it was too hard to talk that I ended up not talking a lot, and it felt better that way. Some troops can pull off calling home multiple times a day, and I don’t know how they do that. Besides scheduling it and finding the time, the more you call back home the more you’ll be reminded of what you’re missing.

Some soldiers that have deployed before will specifically tell you not to call every day to help your emotions and thoughts. Just remember to let your significant other, or whoever, know that you might not talk every day and if you miss a day to not start worrying immediately. There are so many variables that go into when you can get in contact don’t even fully plan on conversations happening.

Also, end your conversations on the most positive note you can. If you argued any, resolve it before you hang up, don’t let that simmer. This will just eat at your emotions, and you’re already all the way in another country, you don’t need the extra emotions.

That’s all I have for now. I hope this reaches someone who was in the same spot I was, and I really hope it helps answer some questions and set some minds at ease.