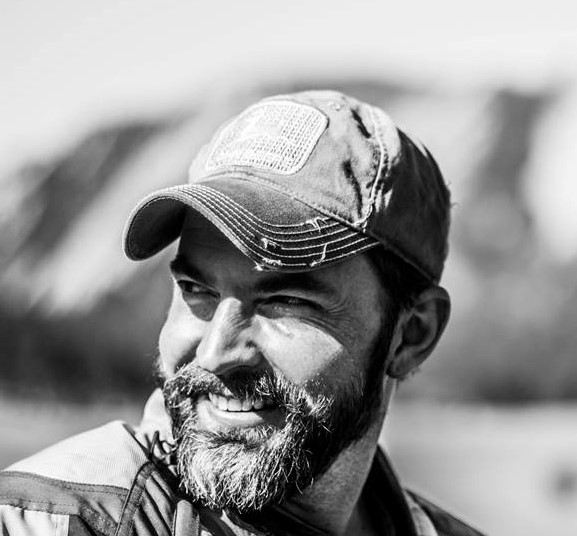 Scott is a veteran of 2nd Battalion, 75th Ranger Regiment. He arrived at Alpha Company one month before 9/11 and served his country during the early years of the “war on terror.” He completed 5 deployments, including the invasion of Iraq.

Honorably discharged in 2005 as a Ranger Fire Team leader, Chapman entered the executive protection space and provided high-end security coverage for some of the wealthiest and most influential people in the world.

Tired of watching his friends and teammates continue to perish overseas, Chapman felt a ‘gravity-well’ pull him back to Afghanistan. He left his paradise home and safe career on the Big Island of Hawaii to serve his country as an independent security contractor with Blackwater for the U.S. Intelligence community in Afghanistan. Chapman spent the next 6 years on a rigorous deployment schedule completing a total of 22 deployments before he was injured and unable to re-deploy in 2015.

The collapse of Afghanistan, representing a lifetime of sacrifice, coupled with the turbulent transition to Taliban rule left Chapman enraged. Chapman focused his anger into words and then co-authored his debut article, “Written in Taliban.”

Chapman is still active in various clandestine post-Afghanistan rescue mission efforts. He co-founded the “Afghan Medical Corps” – an underground network of doctors and hospitals who treat vulnerable at-risk Afghan patients and has fed, clothed, and provided ground assistance to thousands of starving and impoverished Afghans.

Desperate to reconcile combat stress injuries, Chapman began a quest of self-discovery that led him to a new perspective of the laws of Physics. A love of Relativity nestled with the quirky world of Quantum Mechanics has helped Chapman deploy the power of positive thinking to the veteran community.

Chapman writes with raw emotion the same way Van Gogh used color, form, and texture on a canvas. He mixes emotion with logic; left and right brain merged to paint a clear and beautiful picture of his strange world and unique perspectives.

One of Chapman’s goals is to bridge the gap between the forgotten warfighters and our civilian allies while paving the way for veterans to find that elusive peace. Join him to discover faint whispers of enlightenment gleaned by a shift in one’s perspective. Confirmed by the power of mathematics, the laws of Physics, and the power of positive thought.

Find Chapman at www.ScottChapmanAuthor.com with written and spoken palettes of words. Stay in touch through the final edits of his debut book, “A Ride Without a Destination.”