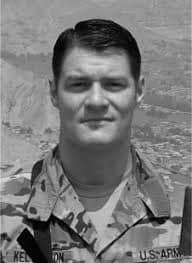 Mike grew up in Akron, Ohio. He is an Infantry officer in the U.S. Army with experience in special operations,  counterterrorism, and counterinsurgency operations over twelve deployments to Iraq and Afghanistan, including with the 75th Ranger Regiment. He’s been awarded the Bronze Star Medal with Valor and two Purple Hearts for wounds sustained in combat. He is a graduate of the United States Military Academy at West Point, a Downing Scholar, and holds masters degrees from both Princeton and Liberty Universities. The views expressed on this website are his own and do not necessarily reflect those of the U.S. Army or DOD.