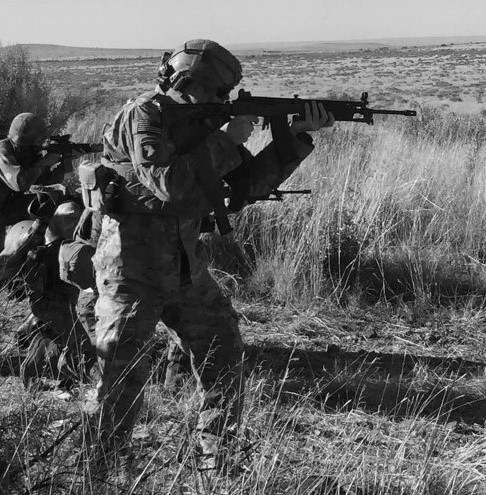 Josh is a graduate of Indiana University 06’ where he was commissioned as a United States Army Air Defense Officer after serving as an enlisted 13-F for five years. He holds a Master’s in Military Operational Arts and Science from the United States Air Force Air Command Staff College. He most recently served as the Deputy Chief of Staff of a Divisional level unit and is currently managing the Maneuver Short Range Air Defense (M-SHORAD) family of systems while he waits for Battalion Command. He served three years as an Operational Advisor, Troop Commander, and Group S-3 within the U.S. Army Asymmetric Warfare Group. His other works include Defining Cross Domain Maneuver for the 21st Century, the U.S. Army Travel Awareness Handbook, and multiple articles within the Small Arms Review and the Journal of Asymmetric Warfare.