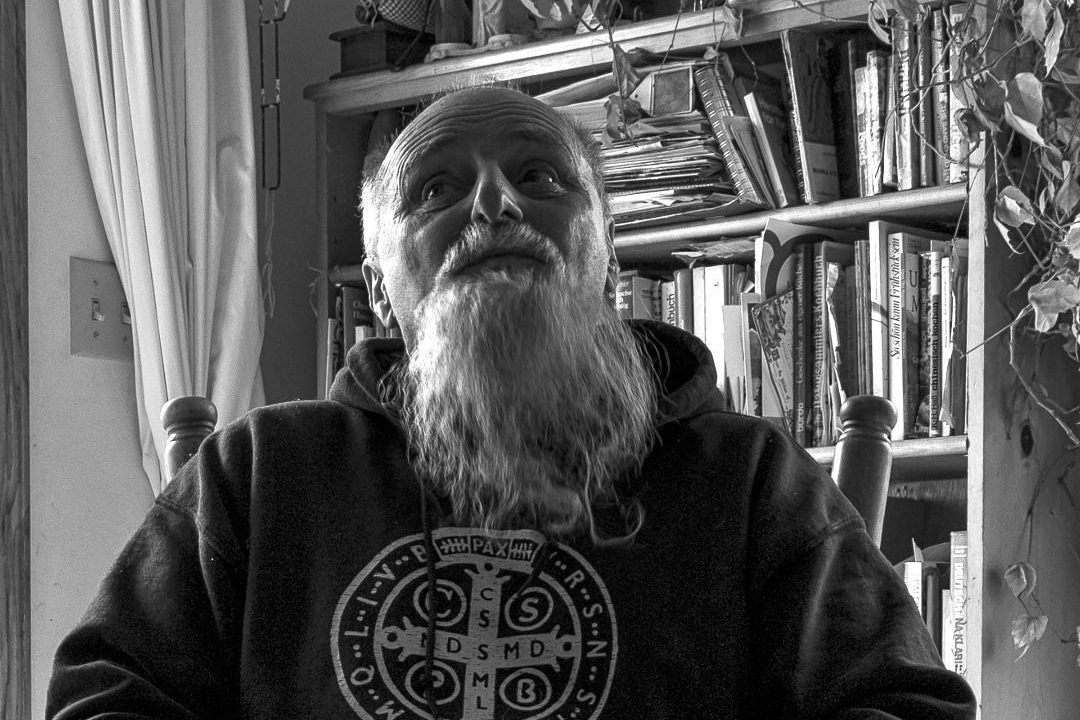 Frank’s oldest son, Hans, despite Frank’s advice, enlisted in the Army in 2009. Hans became a tanker at Fort Knox. He was assigned to the 1st Cavalry Division at Fort Hood. His unit was deployed to Iraq in July 2011. Hans is a combat vet. Hans was wounded in Iraq and killed people there. He came home damaged.

Frank worked for 28 years as a supervisor at a trucking company. He had his right leg crushed in a work-related forklift accident in 2009. Frank participated in a 165-mile-long peace walk from downtown Chicago to Battle Creek, MI, in the summer of 2014. He got busted for civil disobedience at a demonstration in front of Creech AFB in Nevada in March 2017. In February 2018, Frank joined members of the American Indian Movement in their once-in-a-decade Longest Walk. He went with them to eight different reservations and did everything the Native Americans did for several months. Frank spent several years teaching a citizenship class to Latinos at Voces de la Frontera in Milwaukee, WI.

Frank counts among his friends the following: a couple of Japanese Buddhist monks, two Orthodox Jewish rabbis, a family of Syrian refugees, several Texas rednecks, numerous gun enthusiasts, students of Zen, members of the Catholic Worker community, a blues guitarist, a few people who have done prison time (one is a Black man who did 16 years for shooting at a cop), Native Americans who got teargassed at the Standing Rock protests, Ironworkers, university math professors, a Carmelite lay person, homeless people, truck drivers, and recovering addicts.