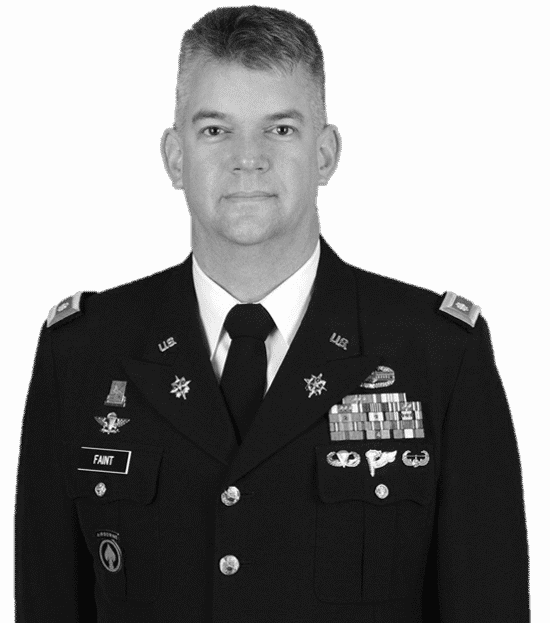 Originally from Alabama, Charles (Charlie) is a career Army officer currently stationed overseas. He holds five undergraduate and graduate degrees, the most recent of which is from Yale University, and he is “all but dissertation” in his Doctorate of Business Administration program with Temple University. Educated in fields ranging from engineering to international relations, to business, his research interests include conflict and negotiation, civil-military relations, and military veteran entrepreneurship. He served seven tours of duty in Afghanistan and Iraq and over the course of his career was assigned to units including the 101st Airborne Division, the 2nd Infantry Division, the 5th Special Forces Group, the 160th Special Operations Aviation Regiment, and the Joint Special Operations Command. He also served as an instructor at the United States Military Academy at West Point for five years, and was the head of West Point’s “Officership” capstone program for two of those years. Widely published in a number of blogs and professional journals, he is a Fellow with West Point’s Modern War Institute, and his most recent publication is co-authorship of the book Violence of Action: The Untold Stories of the 75th Ranger Regiment in the War on Terror. His views expressed here are his own, and are not necessarily reflective of the policy of the US Army or the United States Government.