It is ironic that political leaders in the United States imagine that negotiations will solve a problem when we have had 60 years of North Korean intransigence and not one measure from the United States, the United Nations, or anyone else has done one damn thing to control the weapons growth or the belligerent attitude.

Given their recalcitrance, there is even more reason to try and curb their aggressiveness and less likely reason for them to respond. If you look at it from their point of view, they are a world pariah and have still made it to space. It doesn’t matter if the people are poor and hungry. North Korea has joined the space community.

For those of you who do not understand, all the bullshit about the space race of the 60s and 70s was about military defense and offense with scientific exploration running third. The Soviet Union demonstrated that they could put a payload into orbit and return it to earth relatively close to where they wanted it. 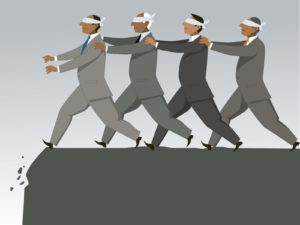 The United States demonstrated it could send a payload into space, run it around the Moon and then drop it back to earth with pin point accuracy. And this was the recipe for MAD (Mutual Assured Destruction) that followed. The Soviet Union could destroy any city they cared to target with a huge warhead and getting it close. The United States could destroy any city with precision guidance using a smaller warhead.

North Korea had now joined the party. If they put a dirty warhead on the weapon, they can still kill millions, it will just take longer.

And the world, dithers. Nations from around the world condemn using strong diplomatic speech with buzz words but they all look to the United Nations. As you may know, the United Nations is a joke of immense proportions. The leaders of the UN come from countries with no understanding of the global situations because they don’t have the background.

The money comes from the richer countries like the United States and is used to push things in the direction we want most of the time. And finally, the Security Council is formed from the victors of WWII, which coincidentally is the last time those nations were even remotely to be considered friends and agreed on anything.

It is very simple; the fat man needs to go.

We haven’t managed to get rid of the issues involving North Korea for the same reason we did not win the Korean War; China does not want a unified Korea unless it is favorable to China and guess who has a permanent seat on the UN Security Council?

Military action against North Korea sounds plausible but in the current makeup of world leaders, no one has the stones to do anything. It is not North Korea that is the threat. It is China. North Korea could not handle the brunt of a Western assault any more than they did in the 50’s. But like a bully with a bully for a parent, no one can deal with the brat until they deal with the parent.

My best advice, withdraw from the DMZ. Pull all American forces out of South Korea and tell them to stand or fall on their own. China is not going to let North Korea involve them in WWIII any more than a parent wants their belligerent little brat to get them in a shootout with the cops. China will keep the fat little dictator in line, but they will not accept Western demands to do so.

So by pulling out, we alleviate the tension with the Chinese to hopefully do what needs to be done to put a muzzle on their dog. It is not going to happen because we told them to or even because we ask them too. It will only happen if they perceive it to be their idea without pressure. China does not like being told what to do but they are not actually insane. If we remove the pressure, they might just do what needs doing.

We can also save a huge amount of money by withdrawing as well though the initial cost will go up to extract ourselves from positions which we have occupied for decades. I dealt with closing of bases in Iraq. It was a pain to deal with them and we had not yet hit a decade. I am not sure my imagination is expansive enough to fully encompass what muscle moves need to be made to pull out of Korea. I am sure it could be done.

We could also just kick off and go to war but no one wants to do that. After all, we have had decades of nothing worthy of fighting about. The question becomes, will the fat man of North Korea actually launch a nuclear tipped missile? I don’t think he will but then I don’t think he is sane either. If he gets a missile operational, would you want to bet your life against a launch? It would be a form of suicide because even the fools we have would respond but that might be too little too late for someone. With nuclear weapons, even close counts.

In the end, something needs to be done and it is for certain that rhetoric and politically correct outrage is not going to do anything. I am certain that everyone spent a few moments making sure that they could properly express outrage without using the same words that another nation used.

It seems as if the world governments coordinated their angst so that they all sounded original and properly incensed. But all the words in the world mean nothing unless they are backed by action.

I think it is time to leave the Korean Peninsula and let the Chinese control their dog or we can put a bullet in the dogs head. We have 60 years of diplomatic sanctions and speech that has accomplished exactly nothing. It is time to try something new before the rotund dictator of the North actually has a weapon he can kill millions with in the blink of an eye.

This first appeared in The Havok Journal February 22, 2019.