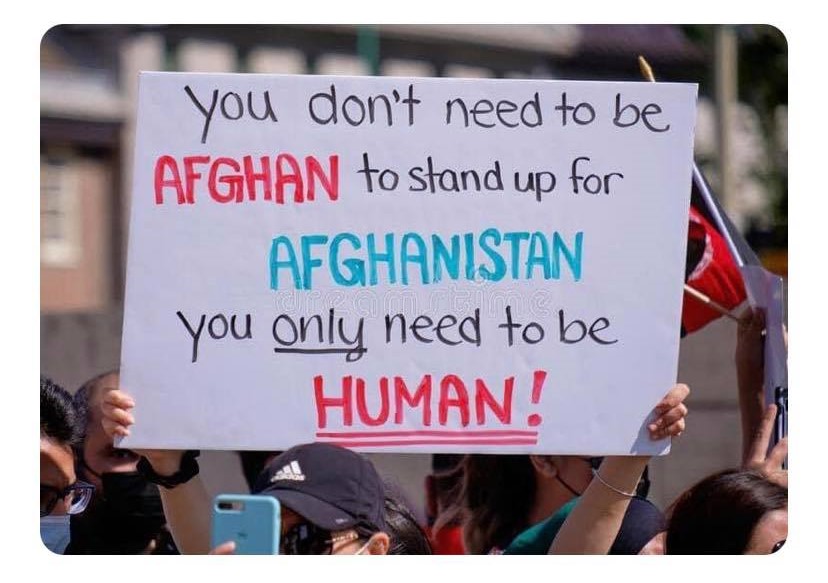 I have a request. Hear me out.

Please stop saying, “Well, that’s just their culture,” to try to make sense out of what is happening to Afghan women and girls since the Taliban took over Afghanistan in August.

That narrative is false.

A whole group of Afghan women is currently speaking out on social media refuting that wrongful claim, with facts and examples of Afghanistan culture. This includes, but is not limited to, their traditional clothing.

What is happening in Afghanistan is not okay. It should make everyone uncomfortable to see another country being taken over and their culture, traditions, and history being forcibly erased by religious extremists.

To be clear, the Taliban are not just an “Afghan” issue. They are jihadists with a violent agenda that is not limited to Afghanistan’s borders. That’s just where the Taliban’s focus and efforts are being exerted right now until they can get the country under control.

Speaking of control, and back to the matter at hand, the Taliban’s ideology regarding women/girls, in particular, is barbaric and a human rights issue that the United States and other NATO leaders should condemn. Why they don’t is a mystery to me, but their silence on the topic shouldn’t deter the rest of society from speaking out against injustice in this regard anyway.

Like one recent protest sign read, “You don’t have to be AFGHAN to stand up for AFGHANISTAN. You only need to be human!” That’s so true. Otherwise, who are we as human beings if we ignore the suffering of others?

I don’t know the answer to that question, but I believe that “we’re all culpable for the good we choose not to do in this world” (Jenkins, 2018, p. 23). If you do, too, don’t be guilty of staying mute when your voice could positively contribute to the cause of supporting Afghan Women’s Rights.

Afghan women are at a disadvantage in this fight, so let’s try to even the odds by lending our support to them as they wage a culture war against the Taliban by, at the very least, not excusing what is being done to them and their country.

The Taliban do not represent Afghan culture.