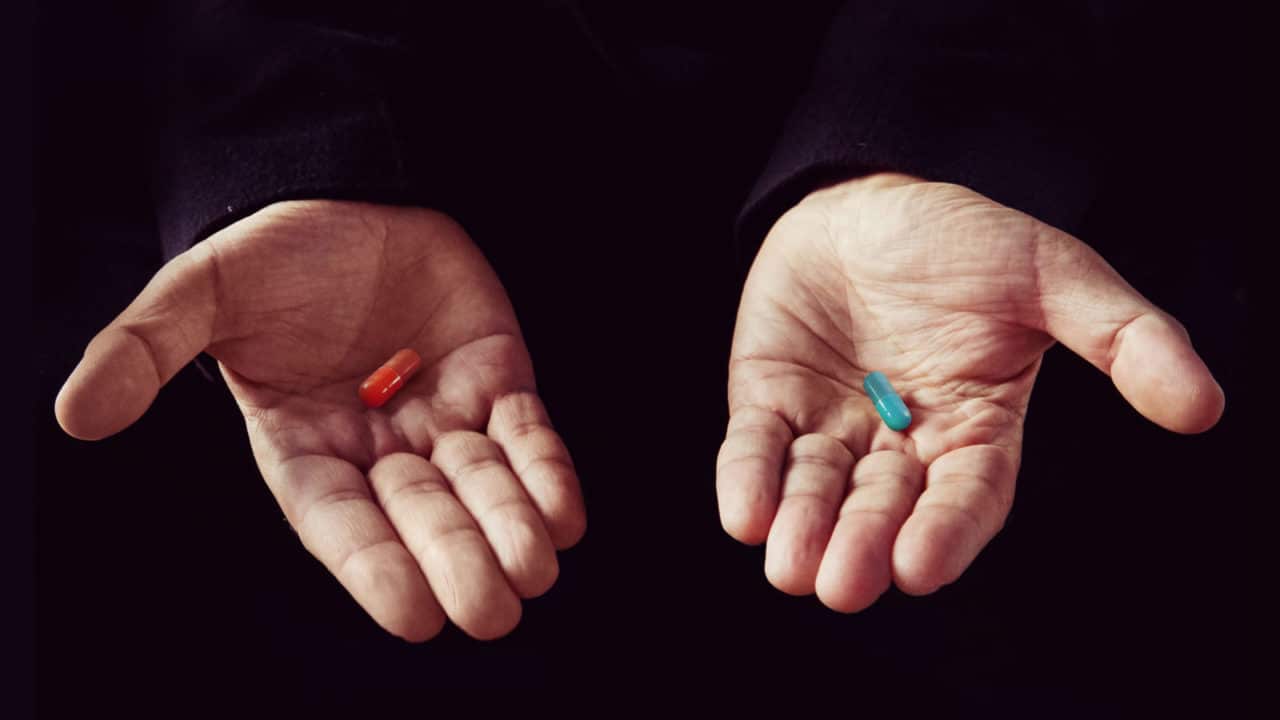 Take your pick on the question in the headline, as I’m not sure which is worse, to be honest.

This week, Elizabeth Warren, Presidential Candidate Extraordinaire, outlined her plan to “cut veteran suicides in half” (among other things dealing with veteran issues) if she’s elected to the White House.

I’ll address the key points of the plan in a moment, but to start, I think it’s fair to say that we’ve passed the point of ridiculous promises from presidential candidates. Between Joe Biden claiming he’s going to cure cancer and now Warren stating that “every single one” of veteran suicides “could have been prevented,” we’ve hit a point in which time travel is about our only option for a better promise. 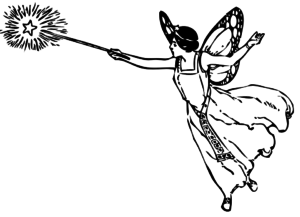 But let’s dig into the plan itself so we can see this lunacy for what it’s worth.

Warren begins with the classic flaunting of her own background by bragging about how she’s been a member of the Senate Armed Services Committee and, therefore, has “seen up close how 18 years of conflict have degraded equipment, eroded our forces’ readiness, and postponed investment in critical military capabilities.”

A question for the Senator from Massachusetts from the chair: Didn’t you have a major part in sending people into these very conflicts?

Her voting record on the wars in the Middle East is really no different from the establishment at large. She can’t claim any kind of uniqueness in her role regarding the ongoing conflicts. In other words, she has no high-ground to stand on regarding a critique of the current situation.

After rambling on with meaningless platitudes about pay, GI Bill benefits, military spouses, and veterans with disabilities—which essentially equates to “more” of what we’re already doing—Warren hits us with this doozy:

“Medicare for All will expand access to long-term home and community-based care, offering critical support and relieving the financial burden on veterans and their families…

Expanding Medicare and Social Security? What could go wrong?! Well, everything. In one way of looking at these things, this is actually a solution—if your goal is to have no military at all because your country is flat broke, then yes. This will do the trick.

We’re currently $23 trillion in debt and counting as a nation because of programs like Medicare and Social Security. Guess what? These are going to get much, much worse simply based on the coming demographic shift as Baby Boomers start retiring (coupled with not enough people to support them). Warren’s plans to expand these programs don’t take that into account at all and pretend like there’s no problem now, let alone the looming future issue—just print more money! That’ll fix it. 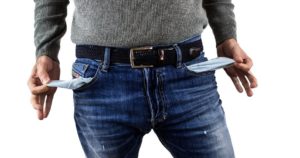 But don’t worry, as she’s just getting warmed up. Under the heading, “Eliminating Military Sexual Assault,” Warren’s plan states:

Next you’re going to tell me that, despite making them Gun Free Zones, shootings have happened in schools! It’s almost as if terrible people do terrible things regardless of the policies put in place. Weird.

I’m not opposed to military efforts to curb, as much as humanly possible, sexual assault—I’m all for it. But to state that “it’s simple” to fix is blindly naïve (or lying for the sake of votes; again, take your pick). While certainly there should be a discussion in the military community of how best to fix this problem, a top-down program from a person who never served and lied her way into an Ivy League tenure position is not the best starting point.

And then we get to the real home-run territory of her plan: ending veteran suicide. How, exactly, does she propose to do this? Before we can answer that, we have to fully understand the false premises with which she begins her platform on this issue—which is one that should be near and dear to our hearts at The Havok Journal.

Okay, so by her own admission, significant numbers of non-veteran adults commit suicide. Given that our military is essentially a cross-section of our society (all types of people from numerous demographics), to end veteran suicide completely would logically entail ending all suicide in its entirety.

And you thought Joe Biden’s plan to go after cancer was ambitious.

I’m about to go after some sacred cows here, so hold on and hear me out. One of the problems I’ve always had about suicide in the veteran community is what is noticeably left out of the discussion—namely, that there are a significant number of people who, no matter what they would have done differently with their lives (be it join the military, become a doctor, or a drug dealer), would still choose to self-terminate. 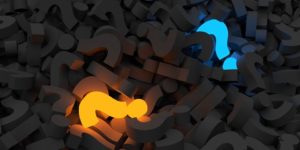 Why do people commit suicide? The answers are as many and nuanced as we can possibly imagine. Decades (or even centuries) of research, while valuable, haven’t given us across-the-board, definitive answers that allow us to address every person at risk. Having been involved with veteran charities, like you I’ve heard plenty of stories of guys who, despite having had numerous people around them cheering them on to do the right thing and reaching out at every opportunity, still killed themselves. Why?

My point is that this is, in many regards, an intangible that can’t ever be completely fixed. I could go into a lot deeper reasons as to why that is, but that gets us away from the main point here, which is that Warren is either flat-out lying for the sake of votes (most likely) or monumentally ignorant.

To flesh this out a bit, all we need to do is look at her next claim about how half of the veterans who may need mental health services actually access them. Well, yeah—but how many of those guys just opted not to go, and would opt not to go regardless of what kind of programs were in place? To go further, how many of them opted not to be labeled as having mental health issues out of fear of what that would mean for their careers or, say, ability to own a firearm?

“Veterans account for one in five firearm suicides. My plan to prevent gun violence includes a waiting period before purchase and a federal extreme risk protection law, both of which have been shown to reduce suicides by gun.”

If you read the original source, note well that there is an absence of hyperlinks or references on those claims.

Regardless, let’s paint a picture. Dude joins to “defend the Constitution” as a member of our Armed Forces. He deploys, sees and does some craziness, and is a bit wonky coming home. But he just wants to be left alone and go live in the country and go hunting when he can. But then he hears an endless stream of talking points from Progressives ™ reflecting an ideology that “mental health background checks” should now be a thing. So why risk it? Why jeopardize the ability to own and purchase a firearm—a Constitutional right that he chose to defend—by going and getting labeled with a mental health disorder?

Two things before continuing: one, this is already happening and has been going on since at least the Obama Administration. And two, it’s important to understand that I’m not arguing one way or another whether our imaginary “dude” is right or wrong for opting not to access mental health care. I’m simply pointing out what is—that’s a realistic choice many have made in the past and will continue to make.

In other words, these are problems that can’t be fixed—at least not with more of the same type of approach. “More” in terms of laws and policies only cause other, unintended consequences.

But that’s all Warren has in every aspect of her plans for running the country. She’s a top-down authoritarian who proposes a programmatic approach to every aspect of life—a recipe that has been tried and failed miserably in every attempt.

I could blow up the rest of her plan, but this is already running long and, I’ll be honest, the whole thing is just more of the same—more. That’s it. Just do more. With more money.

Again, I think there are two ways of looking at her efforts here: she’s either ignorant or lying to get votes. 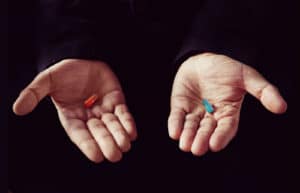 In a time of hyper-specialization, Gregory is an accomplished and educated generalist who understands that knowledge from a multitude of disciplines is necessary for true wisdom. A continuous wanderer and seeker of knowledge, he has worn three different colors of beret for the U.S. Army and worked in everything from metal fabrication, music, and bar tending to politics and publishing while on a constant search for life’s meaning.