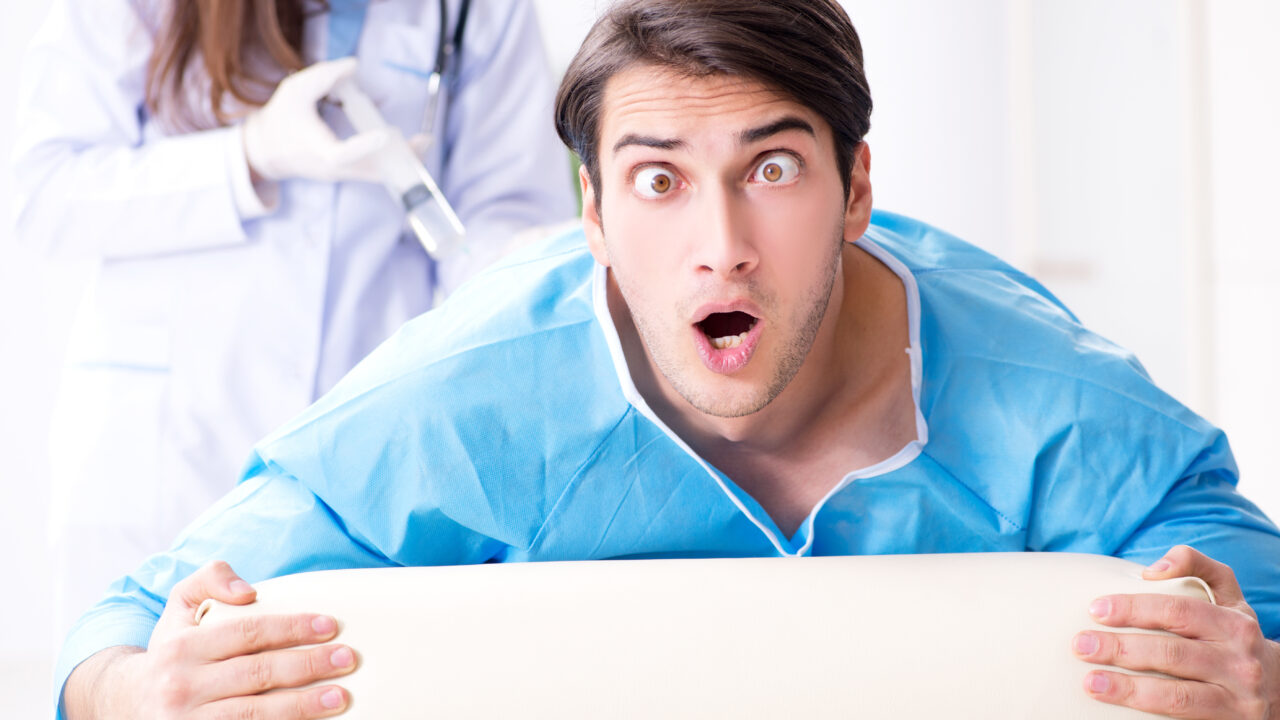 Originally published on March 26, 2017. The message is just as important today.

Doing what is right is often at odds with doing what is politically expedient.  That’s the conundrum in 21st-century American politics — the “500-pound gorilla” in this psephocracy (representative republic), if you will. In order to get elected and remain in power, a politician must often view issues through the pragmatic prism that is electability. Not doing so may well be considered a noble pursuit. But it is assuredly folly; a sure ticket to a single term. Yes, the standard doings of individual and party goals within a democracy often stand in stark contrast with what is just and what is right.

I give you Exhibit A: The rather contentious healthcare debate.

Back during the 2008 presidential campaign, then Democrat candidate, Barack H. Obama, pledged a universal healthcare reform plan that would contain Democrat and Republican ideas, be openly and transparently broadcast on C-Span, and would bend down the cost curve, reduce the national debt, provide insurance coverage for some thirty million uninsureds while providing an additional $2500.00 in cost savings to the average American family per year. Whew! That sounds wonderful in theory. Who wouldn’t want a piece of all THAT?

Oh, and in order to win favor with a wide swath of skeptical Americans that were happy with the status quo and their current policies — the now-infamous “Like your plan, keep your plan” and “Like your doctor, keep your doctor” impossible to honor pledges were rolled out.

And as NBC News reported on October 28, 2013, in a fairly damning headline indictment from a typically sympathetic mainstream media outlet, “Obama admin. knew millions could not keep their health insurance.”

Politifact’s 2013 “Lie of the Year” was awarded to then-President Barack H. Obama for the whopper of a “mischaracterization” that he — and other top administration officials —  repeated some documented thirty-seven times. I’m being polite. We don’t like to refer to a president as lying. It’s much preferred to simply acknowledge the “mendacity of his comments” or the “misrepresentations contained in his speechifying.” He misspoke. He didn’t lie.

Obama misspoke. As his successor, it can be argued, does with alarming frequency.

And then, let’s cue one Jonathan Gruber, the architect of the Affordable Care Act, aka Obamacare:

“Lack of transparency is a huge political advantage. Call it the stupidity of the American voter or whatever, but basically, that was really, really critical for the thing to pass.” [October of 2013]

Call it the curse of the low-information electorate. And loathsome though his words may be, the MIT economist is simply speaking truth-to-power. “Lack of transparency” is another form of lying. It’s the classic “lie of omission.”

And, now, as we attempt to navigate the turbulent first 100 days of the Donald J. Trump era, we are again treated to the campaign promise that collides inelegantly with reality. Trump, as a cornerstone of his campaign, had promised to repeal and replace Obamacare, with “something terrific.” This, without cuts to Medicaid, and making certain that everyone is covered under his plan.

Well, if you dispense with the unpopular mandate, just how is it possible that you can insure everyone, lowering premium costs, and keeping in place the popular parts of the ACA, like preexisting conditions coverage and keeping your children on your policy until age twenty-six?

This is as much a fairy tale as Obama’s doctor/plan promise. And Politifact has just noted that the replacement legislation sponsored by the GOP fails to live up to Trump’s promise, of which he made some 103 times on the trail.

At the date of this writing, the GOP House bill had just been pulled before an up-or-down vote; a victim of the GOP’s uber-right “freedom caucus”. Without any Democrat support, Speaker of the House Paul Ryan was relying on the nearly full support of his caucus to get it passed. He fell short of his mark. And the healthcare debate will continue to dominate the news cycle for the foreseeable future. Premiums continue to skyrocket. And, healthcare providers continue to drop out of the marketplace. So much for cost savings and choice…

And again, what of that conundrum between doing what’s right and doing what’s politically expedient? Does anyone not believe that left to its own devices, the ACA will soon implode; a victim of its own shoddy construction and rush to pass without a single opposition party vote? Ergo, as President Trump’s sour grapes response via his Twitter bully pulpit after the legislative “defeat” acknowledges, Obamacare is a “disaster” and is “exploding”, and might just best be left to the Democrats to continue to defend.

Yes, why not? Would this not best be left at Nancy Pelosi’s and Chuck Schumer’s doorsteps? Hey, Dems, you created this monstrosity. You’ve also committed yourselves to obstructing — er, that’s what was done to Barack Obama; what you do now is the far more (ig)noble resisting of every notion or idea floated out by the White House or the majority party. Why not lay this at their feet? Allow them to defend the indefensible. Politically, this would be the smart move. And come the 2018 midterms — when Republicans vote and Democrats schedule anything and everything to avoid showing up at the polls — maybe the GOP achieves a filibuster-proof majority in the Senate and we all finally experience the wondrous/onerous side of one-party rule.

No, I’m not rooting for that. I was a registered Independent before the age of “Elections have consequences” Obama-era arrogance, condescension, far-left lurch, and executive overreach. I had voted over the years, in somewhat equal measure, for Democrats and Republicans; but residing in New York State, which only allows you to vote in the primaries of the party for which you are registered, I had to pick a team.

I consider myself a staunch fiscal conservative and a social moderate, leaning left. So I can see both sides of the healthcare debate. And while I felt a government takeover of some 1/6th of the U.S. economy was a fool’s errand, I have compassion and empathy for the uninsureds — those for whom our safety net is designed to assist. But, social engineering in the form of lying to the American public and taking more from some to supplement coverage for others is wrong. Wealth redistribution via Dr. Gruber’s gloating “lack of transparency” application, preying on the gullible electorate — a strident Leftist’s ardent dream of utopia — is an immoral pursuit, an ideology that I certainly wouldn’t champion.

Niccolò Machiavelli might well argue that the ends justify the means. But they don’t where our legal system is applied. So, why should we accept it in our political system?

Back in the days when I debated these topics on Facebook, I often stated that if my president back in 2009, then-President Obama, had simply leveled with me and asked for help in closing the cost gap; finding a way to help cover the thirty million then uninsureds, I would have agreed to do my part. Yes, that would mean additional taxes or understandable increases in policy premiums. Hey, maybe we all can contribute a bit to help the cause, right? But he didn’t. He lied…er, misrepresented the facts. Or was this the original iteration of alternative facts, by chance?

Now, we can debate the old Christian argument that is: Jesus never told his followers to engage in charitable acts by giving to Caesar in taxes and allowing him to redistribute the wealth as he saw fit. Jesus commanded that, individually, we take care of the least of us. Quietly. Without fanfare. And without the U.S. Government compelling our beneficence.

And for many us who rankle at conceding more of our hard-earned monies to a bloated government that works tirelessly to figure out more creative ways to spend it, we know that higher taxes always lead to increased spending. Feed the beast and it becomes ever increasingly hungry. And once it has tasted of more blood (monies), it is always so much more difficult to satiate its ever-increasing appetite.

So, back to my original premise about the choice between right and self-serving…

The GOP needs to be the party of governance. The GOP also needs to find ways to negotiate deals with the opposition party. Wasn’t that one of Trump’s supposed talents? Don’t leave the beleaguered ACA to wither and die on the vine, which it ultimately will. Don’t do the politically expedient thing. Don’t contribute to the cacophony of “But they did it first!” Do what it right. For once.

Or we’ll find someone or some other political party to do just that. As every election comes and goes, we see incremental progress in third-party viability. We just haven’t seen the right candidate — someone “unconventional” in a “conventional” kind of way. A “maverick” who can act “presidential.” A “Donald J. Trump” bereft of the baggage of boorishness, petulance, and preternatural necessity to act the bully.

We need folks in Washington to do what’s right. We need to find a way to blend ideas and compromise. We need tort reform and portability to meet the stated goal of universal coverage and an aversion to picking “winners” and “losers”. We need adults in the room with that aforementioned choice — the “500 pound gorilla”.

Americans need to reward the politicians who make difficult decisions and point their moral compass towards what’s right and not what is in their own parochial best interests.

Are there any left within the sound of my voice?

He is a recipient of the FBI’s second highest award for valor, the Medal for Bravery. Now retired from the FBI, Jimmy serves as an Adjunct Assistant Professor, instructing undergraduates in Homeland Security, Criminal Justice, Military History, and Leadership courses at St. John’s University in Jamaica, Queens, and is a leadership consultant with the Thayer Leader Development Group (TLDG) located at West Point, NY. He is also a full-time Law Enforcement Analyst and Contributor on CNN, and delivers speeches across the country in corporate and university settings.