HomePoliticsInternationalWandering Through a Socialist Paradise 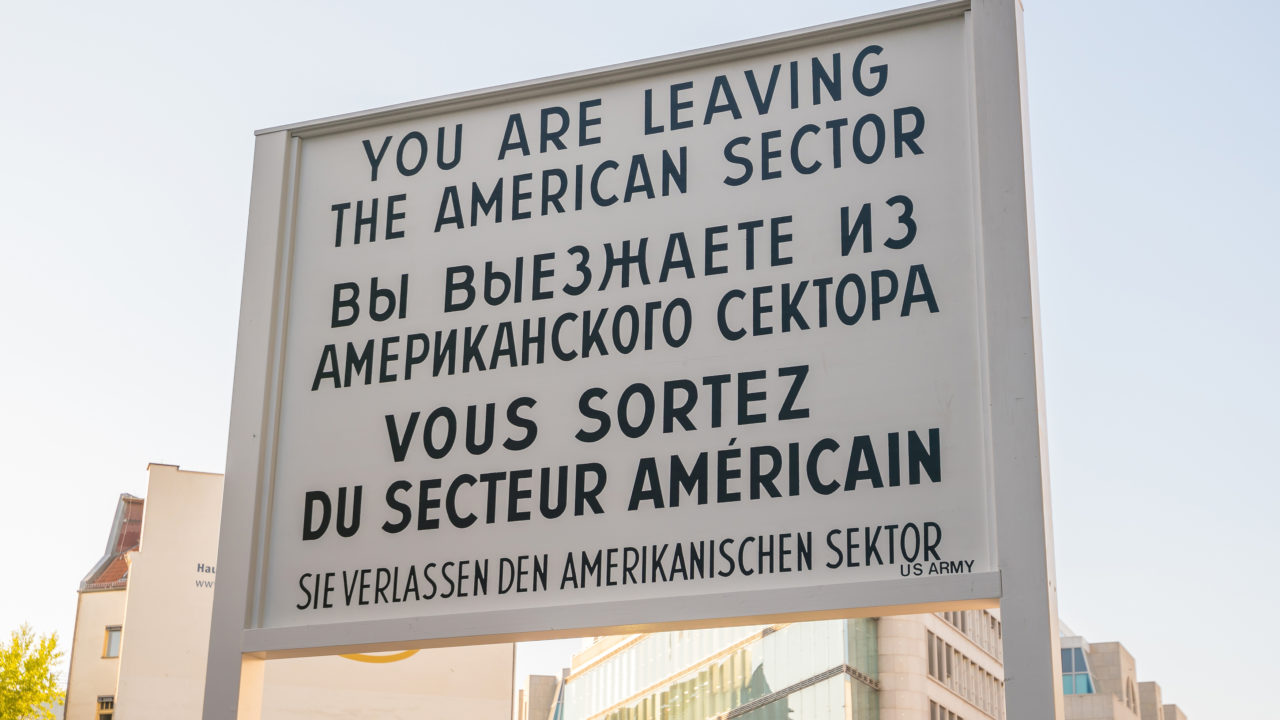 This first appeared in Frank’s blog on September 25, 2021, as “Split.” It is republished here with the author’s permission.

We tend to forget history, especially the parts of history that were relatively calm. I served as an Army helicopter pilot in West Germany during the latter years of the Cold War. It was during the time of Reagan and Andropov. Nothing happened while I was there, but fear was omnipresent. The threat of a nuclear war with the Soviets was always hovering in the background. People went on with their daily activities with a certain edginess. It was best not to think too much about the unthinkable. Just do your job, and drink plenty of beer when you weren’t doing your job.

I visited Berlin with a friend in May of 1983. It’s hard to remember much about that trip after 38 years. All I have are faded photographs and equally faded memories. The details may be fuzzy, but feelings are still intense.

My friend, Mike, had a buddy who was assigned to the Berlin Brigade. I forget the name of Mike’s comrade, but he had a small apartment in West Berlin, and we were welcome to stay in it if we didn’t mind sleeping on the floor. The Berlin Brigade was a tiny American military force surrounded by communist troops in East Germany. It was mostly for show. It also acted as a tripwire. If the hated Reds ever decided to move on West Berlin, they would have to fight the American soldiers of that brigade. That would start World War III. The Soviets never tried it.

Mike and I decided to go to Berlin. I had just purchased a new BMW 320i and was ready for a road trip. The first thing Mike and I did was go to our battalion S-2 ( intelligence officer) to get a form authorizing each of us to travel across East Germany to West Berlin. It was a cool document, written in English, French, and Russian. I wish I still had it. That piece of paper, along with our military IDs were all we needed to make the journey. We did not require passports.

Keep in mind that at this time Berlin was still an occupied city. World War II was not quite over. As military personnel of one of the four occupying powers, Mike and I could legally go to and from West Berlin. We could also enter East Berlin. We just needed to wear our dress green uniforms while we wandered through the socialist paradise. We planned on doing that.

We drove the BMW to Checkpoint Alpha in Helmstedt on the Inner German Border. Before we could make the trip to Berlin, we had to attend a briefing. The sergeant who talked to us kept it simple:

“Stay on the fucking autobahn!… Sirs.”

That advice would seem obvious, but apparently, there had been American GIs who failed to follow that guidance. Over the years, soldiers had gone into East German villages to get lunch, or buy gas, or do any number of stupid things. As long as we remained on the autobahn all the way to Checkpoint Bravo, we were good. Side trips meant time in a socialist slammer.

We received a card from the sergeant that was written in German. It said, “I want to speak with a Soviet officer.”

If we got pulled over on the autobahn by the East German cops, say for speeding (the Reds had a speed limit), we were not to talk with them. We were to show them our little card. The U.S. did not recognize the German Democratic Republic. If we got in trouble, we were only supposed to talk with a Russian. That would be unpleasant.

The sergeant made it abundantly clear that it was in our best interests not to get into trouble. Eventually, the U.S. government would bring us back home, but there be people waiting in the West to ask us questions that we would not want to answer. Bottom line: DO NOT SCREW UP.

We crossed the border into East Germany and immediately had to present our paperwork to the Soviets. We walked up to a kiosk with a frosted window with a narrow slit open on the bottom. We slid our IDs and transit forms under the glass. Nobody talked to us. We just heard the sounds of somebody stamping, folding, and mutilating our papers. In the meantime, some skinny Russian soldier who looked all of fifteen inspected our vehicle. Eventually, our paperwork reappeared and we could drive to Berlin.

The ride to Berlin was uneventful. We didn’t speed on the autobahn, mostly because we would get busted for it at Checkpoint Bravo in Berlin. They (the Army personnel) noted our departure time at Checkpoint Alpha, and they checked our arrival time at the other end of the trip. If we got to Checkpoint Bravo too soon, well, then we were speeding. There was nothing to see on the way. The East Germans kept the locals away from the freeway.

The arrival at Checkpoint Bravo was exactly like the departure at Helmstedt, except that the process was done in reverse. What immediately struck me when we got to West Berlin was The Wall. It was impressive: massive and imposing. Trump bragged about his wall on the southern border of the U.S. That ain’t shit. The East Germans knew how to build a wall. With socialist zeal and Teutonic thoroughness, they erected a barrier to last the ages. The irony is that none of it exists now. I have a small piece of it at home. It’s just a lump of concrete that somehow still feels like tyranny.

Mike and I wanted to see and do as much as we could in as short a period of time as possible. Mike’s Kamerad was willing to help us with that. We did the whirlwind tour. We saw all the touristy stuff: Charlottenburg Palace, the Siegessäule (Victory Column), the Brandenburg Gate, the Reichstag. Mike’s friend took us into the Kreuzberg district, where the action was supposed to be.

The three of us went to a cabaret. We paid a cover charge and found a table. It was still early, so the place was nearly empty. A waiter came to our table and asked us to order drinks. We demurred. He explained that we had to buy drinks to stay at the table. Fine. We ordered three overpriced beers and grumbled about it.

In the center of the cabaret was a small stage. On the stage were maybe a dozen people, men, and women, who were just standing there wrapped in white sheets. The sound system started to play the Moody Blues song, Nights in White Satin. This was decidedly strange. We were about to leave when everybody on stage dropped their sheets, and nobody was wearing anything.

We ordered another round.

West Berlin was like a city on meth. The town was wide open for business 24/7/365. A guy tried to sell us coke on the U-Bahn (subway). West Berlin was the most glorious and grotesque example of capitalism on earth. You could buy anything there.

East Berlin was the opposite. It was supposed to be the shining example of socialist supremacy. Not so much.

Mike and I spent a Sunday afternoon in East Berlin. We put on our greens and drove to Checkpoint Charlie. The spy movies like to portray Checkpoint Charlie as this dark and dangerous border crossing. It was really like that, or at least it felt that way. The place reeked of espionage. It kind of made us wonder if crossing the East side was such a good idea.

My main memory of East Berlin is boredom. There were rows of drab and monotonous apartment blocks, built in that soulless Soviet style. There were huge empty plazas that only contained heroic statues of Marx and Engels. The most interesting sight was the Monument Against Militarism and Fascism. It had an eternal flame and a squad of East German soldiers goose-stepping in front of it. I had thought that the goose step had gone out of style in 1945. I was wrong.

Looking back on my visit to Berlin, I can only describe it as “bizarre.” Even then, it was bizarre. It was just nuts. In one of his books, Carl Jung uses postwar Berlin as a prime example of political and psychological dissociation.