HomePoliticsInternationalPeace Enforcement is Not the Same as Peacekeeping 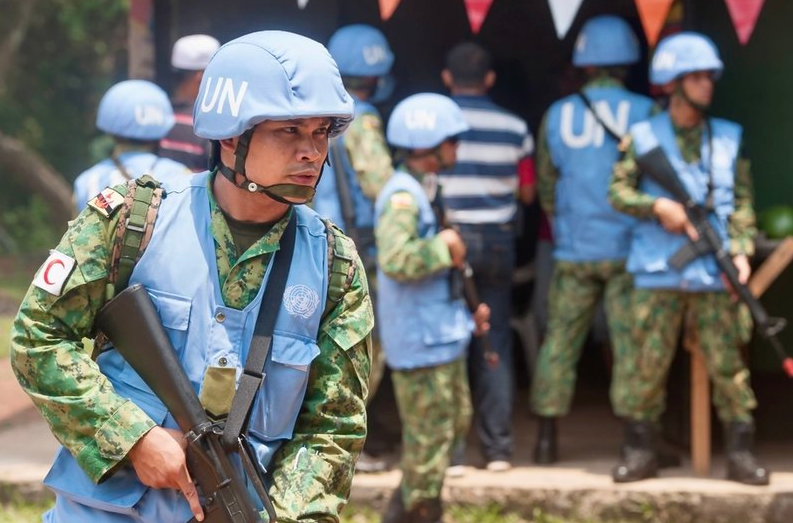 Peace enforcement is a much more difficult kind of operation than peacekeeping.
–Harri Holkeri

Internal armed conflict constitutes the most significant challenge to the United Nations (UN) in its pursuit of global peace and stability. UN operations, in order to deal with these complex international issues, have evolved over time with ever-expanding roles blurring the lines of what the UN should realistically seek to accomplish. This morphing of roles has resulted in several notable disasters.  Continuing to fill a niche for which the UN is intrinsically ill-fitted, will likely lead to similar results.  Despite its checkered past, however, the UN remains the chief architecture around which the international community can coalesce to address these multifarious problems.

Past failures aside, an alternative to the previous methods of UN support for peace operations is emerging, one that has the potential for unqualified success. The recent achievements of Security Council Resolution 2016 addressing the conflict in Libya, is a manifestation of what is arguably a new paradigm and the quintessence of what the UN’s role in peace operations ought to be. Growing a more utilitarian approach to addressing internal conflicts, one based on the UN’s inherent strengths rather than its weaknesses. Capitalizing on its organizational structure, the UN is best served by focusing efforts in three areas, pre-conflict prevention, and post-conflict peace building, and marshaling “regional champions.” These regional coalitions of willing partners, under UN auspices, are best suited to perform the more dangerous and demanding missions of peacemaking, peace enforcement, and non-traditional peacekeeping operations.

As stated, efforts in UN peace operations in the last 50 years have evolved rapidly from a traditional, primarily military model, to incorporate a complex model of many elements, military and civilian, working together.  History has shown however this evolution to be nominally successful. Recently released UN reports document two of its worst stumbles. UN peacekeepers in Rwanda stood by as Hutu slaughtered some 800,000 Tutsi. In Bosnia, the UN declared safe areas for Muslims but did nothing to secure them, letting the Serbs slaughter thousands in Srebrenica. The organization’s meddling was worse than useless: its blue-helmeted troops were used as hostages by the Serbs to deter a military response from the West. More recently, the mass rape of women in the Democratic Republic of the Congo occurred with UN peacekeeping forces in close proximity.

These tragedies amplify that the UN is ill-equipped to conduct peacekeeping and inserting UN forces into such operations has proven to be beyond its scope and capabilities. The complexity of these conflicts calls for a force that is well trained, well equipped, and sufficiently motivated for the task, tenants typically lacking in a UN peacekeeping force cobbled together from multiple countries, with varying degrees of competence and resources. Further complicating the matter, the UN often creates the conditions for failure, issues mandates that are unrealistic, and establishes conflict Terms of Reference and Rules of Engagement that hamstring and undercut the authority of the peacekeepers they seek to serve. The UN also noticeably lacks the planning capacity under the Department for Peacekeeping Operations (DPKO) and resources commensurate with abilities needed for the command, control, and logistical support of these operations.

Clearly, the UN must play to its fundamental strengths. The UN has a significant role to play in pre-conflict prevention. As an organization of diplomacy, the UN is best suited for this task and can make use of its resources to prevent conflict. The UN can employ a wide range of structural and diplomatic measures to ameliorate the conditions of conflict prior to their eruption. Additionally, the UN can also perform post-conflict support through peace building, employing an array of measures targeted to reduce the risk of lapsing or relapsing into conflict. The UN has the resources and institutional structures that allow it to play a preeminent role in these areas for which it has shown considerable acumen.

What has recently proven to be successful and is arguably a more significant role for the UN, is the brokering of regional coalitions of the willing, led by champion nations who possess the requisite skills to successfully accomplish the more difficult peacemaking and peace enforcement mission. This can be achieved, along the lines employed in dealing with the crisis in Libya, through a clearly defined UN Security Council mandate.

These coalitions of the willing can center around regional communities of interested states such as Union of African States (UAE) and the Organization for Security and Cooperation in Europe (OSCE) or through Defense Alliances like North Atlantic Treaty Organization (NATO) or European Defense and Security components of the European Union (EU). Regardless of the organization, it must possess the necessary leadership through a “champion” lead nation, have the unity of command, capabilities, and resources at its disposal but also have clear regional security interests needed to make the mission a success. Once stability is achieved through the actions of these coalitions of the willing and post-conflict status achieved, traditional UN peacekeeping can be implemented.

In an increasingly disrupted world, racked by conflict, the UN stands as the supranational body to adequately address many of the problems in the world’s disputed areas. However, the core business of the UN in peacekeeping operations should continue to follow an emergent path, away from ad hoc and detrimental peacemaking and peace enforcement missions, and instead capitalize on its strengths to implement peacekeeping.

This first appeared in The Havok Journal on September 15, 2021.