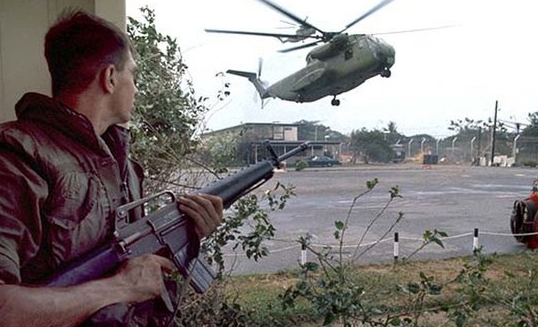 “As in all conflicts, success will depend on our ability to adapt…”

As the world teeters on the edge of war between Russia and the West, diplomatic efforts to reach a peaceful settlement continue. Ongoing negotiations hope, in a last-ditch effort, to forestall a potential conflict the likes of which Europe has not seen since the end of the Second World War. While the media has often focused on the senior civilian diplomats conducting shuttle diplomacy throughout European capitals, little is known of the herculean efforts made behind the scenes by America’s warrior diplomats, the men, and women of the Defense Attaché Service (DAS).

Crucial to U.S. defense strategy in this era of persistent conflict is maintaining defense commitments and strengthening partnerships and alliances worldwide. As we have seen most recently, capable allies and partners are an integral part of U.S. defense strategy now and will become increasingly so in the future.

To meet those challenges, the U.S. military will rely on information, engagement activities, interagency collaboration, and security cooperation to shape and influence host nation relations to America’s benefit. This requires a network of DoD “Influencers,” military and DoD civilian personnel, who can engage, persuade, and motivate allies and at the same time, maintain the pulse on our near-peer competitors like Russia and China.

Fortunately for the DoD, such a network already exists. The Defense Attaché Offices (DAOs) of the Defense Attaché Service are DoD’s instruments to influence, engage, capacity build, and support coalition partners. They are the military contingent of soldiers/diplomats serving abroad.

Stationed in U.S. Embassies throughout the world, DAOs support strategic requirements, making them uniquely positioned as DoD’s strategic influencer. Today, attaché service personnel serve in over 140 U.S. diplomatic missions worldwide, with offices ranging in size from a single attaché and operations coordinator in some smaller nations, to large, joint service offices, which include dozens of attachés and support personnel under the direction of a general/flag officer.

The Defense Attaché Service is perhaps one of the least understood elements in the U.S. military.  While many are aware that U.S. military members serve abroad in embassies, few have familiarity with the role Defense Attaché personnel perform and the significance they play in U.S. defense strategy.

The DAO can be likened to a multi-capacity “sensor” in terms of the missions they execute. First and foremost, the attachés report on defense-related developments within the country assigned. Attachés are overt information gathers, providing situational awareness of developments within the defense establishment of the host nation. Their diplomatically sanctioned role is to observe and report on military events during peacetime and war, providing “on the ground” observations for strategic decision-makers.

Second, attachés serve as the principal advisor to the Chief of Mission (CoM) and Embassy Country Team on all defense matters and act as the DoD point of contact to assist the CoM’s in carrying out their responsibilities. In this role, attachés are the connective tissue between the Country Team and the Department of Defense and serve as the Ambassador’s initial conduit to engage with and leverage DoD assets and resources.

With these missions as its mandate, the crucial role the DAOs play as influencers of U.S. defense strategy is evident.  As in the case with the current crisis in Ukraine, the efforts of the DAOs manifest themselves in a variety of ways, while garnering little actual acknowledgment of their direct and indirect impact.

These efforts are not confined to a particular region of conflict, indeed, shaping and influencing host nation military opinions and actions around the world is a vital part of the DAO’s mission. In support of the strategic framework outlined, the DAOs today are serving as critical influencers, focusing on four major areas:

In current and future conflicts, DAOs support a wide range of actions designed to strengthen regional partners that can provide access to needed host nation military infrastructure and resources. These actions include engagement activities such as bilateral and multinational exercises to improve interoperability; key leader engagements; and missions to train, advise and equip foreign forces to improve their national ability to contribute forces.

The DAOs assist with gaining access to host nation military infrastructure, aiding with negotiations to secure basing and transit rights, and establishing support agreements. Additionally, the DAOs facilitate DoD efforts to establish and improve forward and intermediate bases critical to the projection of military force into the region as well as support the prepositioning of supplies and equipment. The DAOs play an important role in all these efforts as part of a larger, long-term effort to improve security cooperation in a region.

Another critical and continuous effort to support U.S. defense strategy is through the DAO’s ongoing information and reporting activities to improve global situational awareness and reporting on adversary capabilities, plans, and preparations. U.S. defense strategy requires advanced information, including assessments of capabilities and intentions, and a comprehensive understanding of potential areas and infrastructure of military significance.  Additionally, DAOs support to engagement activities provide “ground truth” and assist RCCs with the information needed to conduct multinational exercises, negotiate bilateral access, and support agreements, coordinate with host nation defense authorities to establish, and improve bases, preposition supplies or perform other shaping activities.

Coalition support to U.S efforts has been pivotal, both politically and militarily, providing force contributions, bases of operation, and support to the U.S. cause. Few 21st-century military operations will be solely unilateral. In dealing with allied and coalition partners, the DAOs play a vital role in assessing host nation military capabilities and work with the RCC to improve interoperability and capacity.

As stated, future success depends on efforts to shape favorable conditions in advance. Cooperating with the host nation military usually requires a coordinated interagency approach. As the DoD’s principal representative on the Embassy Country Team, the DAOs serve as the DoD interface for interagency coordination and cooperation. Additionally, future interagency operations abroad that involve DoD assets, such as disaster response or humanitarian assistance operations, can capitalize on the DAO’s unique position within the Country Team to assist in establishing the conditions to support DoD and Interagency interplay.

In this era of Great Power competition and conflict, the DAOs will not only continue to provide situational awareness to prevent strategic surprise but will also play an increasingly important role as influencers, enablers, and facilitators in U.S. defense strategy. Defense Attaché personnel will achieve the moniker of “DoD’s influencers” by shaping and supporting the operational area, facilitating access to critical infrastructure, setting preconditions for U.S. Forces, influencing alliances and coalition partners, and by serving as the DoD’s interface to support coalition and interagency operations.

As the U.S. military adapts to this reprioritized defense strategy and as the U.S. military footprint diminishes worldwide, the Defense Attaché Service will play an even more important position, bridging diplomatic and military roles in support of future DoD strategic objectives.