HomeNational SecurityYour Silence is Deafening: A Message to the Army’s Senior Leaders 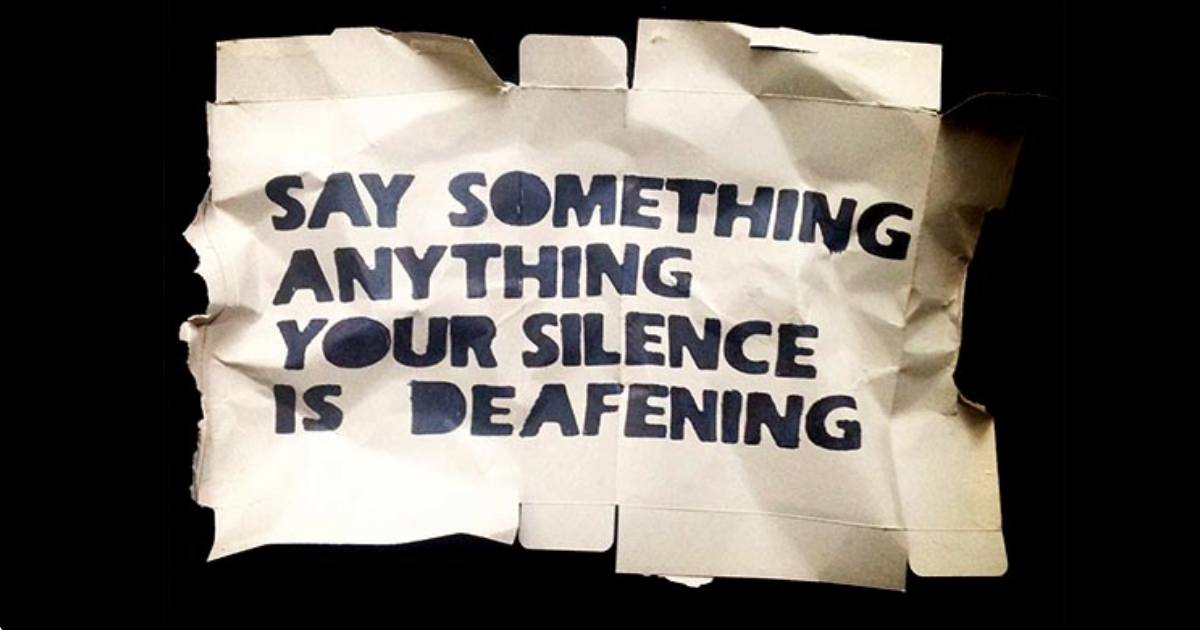 At the time of this writing, it has been four days since protestors broke into the U.S. Capitol Building in Washington, D.C.  Over 96 hours, there are no statements from senior Army leaders concerning the assault on the rule of law and Congressional procedure.  The Chairman of the Joint Chiefs of Staff, the Secretary of the Army, the Chief of Staff of the Army, the Sergeant Major of the Army are silent. Hundreds of General Officers are silent.

Leaders do not get paid to stay silent. They are paid to lead, to be the moral compass of their formations, to give purpose, guidance, and direction. Without guidance, tactical leaders are left to determine their own messages. This places junior leaders, especially women and minorities, at a specific disadvantage. Some will be able to stand firm on their oath of office. Others, despite intentions to display personal courage, may falter in a wave of support of the rioters’ illegal actions.  Let there be no mistake: illegal activity occurred on January 6th.

Perhaps you are wondering how to frame the events of January 6th into a way that is apolitical. Apolitical is a lazy excuse for refusing to think critically and form a position.  We are agents of the United State Government who take an oath to defend the Constitution against all enemies. Our oath and our service is by nature, political. Perhaps you are wondering what to say. That’s okay; admit your vulnerability and shock at seeing everything you’ve supported for decades literally get ripped apart. That is better than saying nothing.

This is not hard. There are constitutional amendments that protect the right of free speech and the right of assembly.  There are state and federal laws that govern the destruction and theft of property, the right of Congress to conduct their official business, and the rules governing citizens on federal grounds and property.

As a contrast, read Ambassador Natalie E. Brown’s statement. The Honorable Ambassador to Uganda takes a firm stand on the side of the United States.  She shows loyalty and personal courage, and in less than two days after riot at Capitol Hill she pens a position for her subordinates to rally around and stand firm.

Don’t let SMA Grinston’s words about the independent committee view of Fort Hood – “Rage. Disappointment. Failure.” – become the words spoken by junior leaders when they study the events of January 6, 2021, and realize the senior leaders said nothing.

Instead, act on SMA Grinston’s other words: “Don’t be afraid of it, don’t shy away from it. My advice to you is ask the question, start the conversation.”

Saying nothing in defense of what is right, is wrong.  You know this. Lead our Army in the conversation.

Note: On January 7, 2021, the Acting Secretary of Defense Christopher Miller published this statement:

“Yesterday’s violence at the Capitol was reprehensible and contrary to the tenets of the United States Constitution. In the midst of this tragedy, I was proud of the professionalism of our Department of Defense personnel. I want to specifically recognize the service of the District of Columbia National Guard. They performed with honor, integrity, and alacrity to protect people and property from unlawful acts.

“Our Republic may have been disrupted yesterday, but the resolve of our legislators to conduct the people’s business did not waver. Due to their efforts, supported by local and federal law enforcement and the National Guard, the attempts of those who tried to stop our government from functioning failed.

“I strongly condemn these acts of violence against our democracy. I, and the people I lead in the Department of Defense, continue to perform our duties in accordance with our oath of office, and will execute the time-honored peaceful transition of power to President-elect Biden on January 20.”