HomeNational SecurityWhy Do We Even Have a Military? 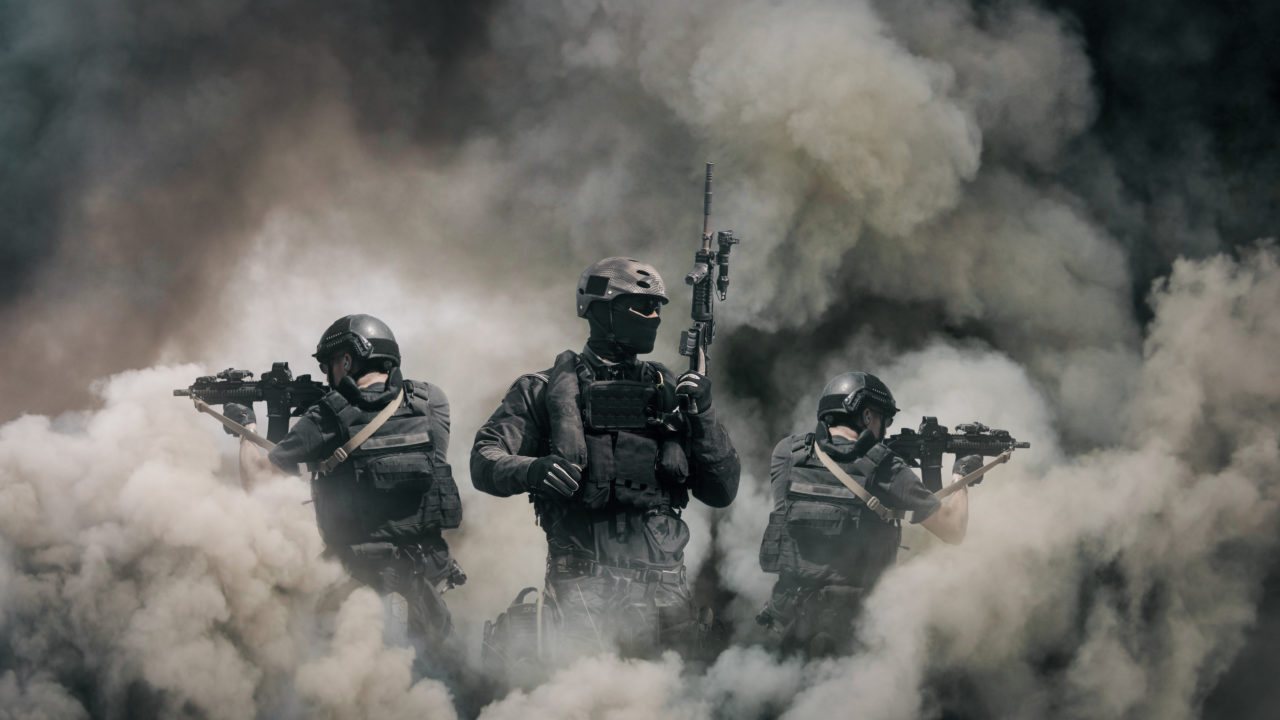 This article first appeared in The Havok Journal on November 26, 2015. Though some of the particulars addressed are topical, the article’s broader point remains just as relevant today.

OK, we were all appalled by ISIS’s ongoing litany of atrocities. But what do we do now? The President wants to maintain his strategy of half-measures, even as members of his own party beg for a change. But then, talking heads recite the politically correct, multicultural catechism about Islam.

Politicians cringe at the idea of putting boots on the ground and flail about for some new, innovative way for America to fight wars without, you know, really fighting wars. We are reminded that there is “no military solution” to Daesh. We shake our heads at the barbarism of Daesh and then warn ourselves of hazily-defined “overreactions.” We try to degrade the attacks down to the level of a glorified gang shooting. And Madonna wants us all to just love each other, which, by far, seems the most palatable solution. I mean, who doesn’t love love? And so the country quivers, Hamlet-like, in a tepid, neurotic martiality.

It’s enough to make you wonder, why do we even have a military?

We tend to look back fondly on the Nazis as the last enemy we all could agree warranted a full-scale military solution — but isn’t Daesh as bad? It’s certainly more of a threat to the homeland than the Nazis were in 1941.

Or are we comfortable hating on Nazis only because Nazis were white, western Europeans? Has multiculturalism and political correctness inflicted such a Stockholm Syndrome on us that we can’t admit that “exotic” Daesh is a threat that demands a hard-power, military response? Why do politicians squirm away from the inevitable conclusion that military force is the only way to bring Daesh to heel?

I know, I know, it’s 2016. We demand more nuance and more gray in our calculations. Good and evil seem so outdated. War seems so outdated. Maybe this will help.

I made a point not to ask why the inmates were in jail. It didn’t matter — I was their spiritual advocate, not their legal one. There were, of course, times they would tell me. Sometimes, I would see gang symbols or cut-off fingers and could guess at their circumstances. Sometimes, other inmates would tell me. I say all that to say this: I’ve seen bad dudes up close, I’ve gone the extra mile to empathize with them and I’ve seen some — not all, but some — turn themselves around and leave my facilities in a better place than they were when they got there. It is my personal and spiritual belief that no one is a lost cause.

There is a big difference between condoning the person and condoning their actions. Their rehabilitation was based on re-establishing their connection to their God, not in justifying or excusing the actions which brought them to my pews. Sometimes inmates didn’t opt in; sometimes they wanted me to go past empathy and endorse their actions; sometimes it was their litmus test to see if I was “compassionate” enough to minister to them. Almost without exception, those were the inmates that weren’t ready for my services.   They would get frustrated that I wouldn’t affirm that they were right to rob, deal or kill and would storm off. I’d shrug it off. Their salvation was going to have to stay between them and God; I wasn’t going to be able to play a role in it unless they were willing to recognize their own wrongdoing.

This brings me back to Daesh. There is nothing wrong with understanding them because we have to know our enemy. But they are our enemy. I believe, in my heart, that they are all redeemable, by which I mean that the same God that loves me loves them. But if one showed up on my doorstep tomorrow brandishing a machete, my first prayers would be for body position, sight alignment, breath control, and trigger squeeze.

It is compassionate and caring to neither ourselves nor our global neighbors to let Daesh wantonly torture, rape, and kill. As long as Daesh members continue to wed themselves to such ungodly acts they will be blind to His love. And that blindness, inasmuch as it causes them to be a material threat to myself and others, brings its own punishment, sometimes in the form of an A-10 Warthog. It is the height of negligence and false compassion to allow truly evil beliefs to grow, metastasize and envelope even more of the world.

Reasonable people can argue about tactics — should terrorism be treated as a law enforcement issue or a defense issue, should NATO mobilize against ISIS, how much do our borders need defending — but we should be united in our overall strategy: as long as the members of Daesh believe in the ideology of Daesh, they must die. And in the wake of Paris, the sooner they die, the better. I mean, if Daesh doesn’t warrant a fully impassioned military response, what does?