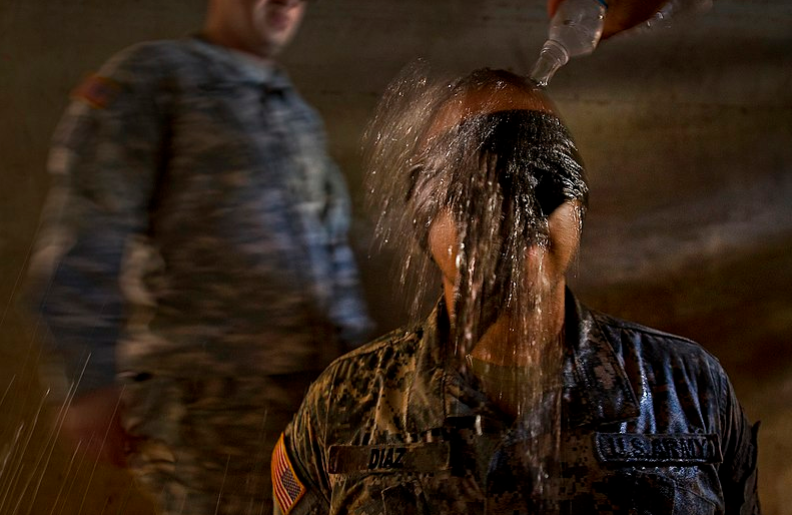 Morals are a construct. We are not born with them, we learn them based on societal agreed-upon rules. We evaluate our standards against what is common. Morals change; what is acceptable today is unacceptable or not tomorrow and so forth.

Before you get all riled up about whether or not someone was bent around the edges a bit in order to coerce information from them, you better damn well take a look at your surroundings and realize that what you see is covered in the blood of your ancestors’ morals. Theoretically, we are supposed to grow as a civilization but never forget that we deal with people around the world at different stages and with different ideas. Do not assume that they will respect yours just because you are all noble and respect theirs.

Forced coercion for information, AKA torture, has no specific statistical and empirical fact-based history because no one, except maybe the Nazis, recorded the results of specific methods and efforts. That does not mean it is ineffective, it just means we don’t have a scientific examination of the effects. There are two reasons that torture is used, to gain information or to punish. Punishment speaks for itself; you are only hurting to hurt people.

Before you decry information gathering and pull out your hanky explore this scenario: your child has been kidnapped and has been buried alive with 3 hours to live. You have captured one of the kidnappers and they know where your child is but will not tell. Will you use physical coercion to rescue your child or not? I know my answer. You would sleep better not knowing how far I am willing to go. But if you are unwilling to use force to recover your child we are better off if you don’t share yours.

As a nation, we cannot afford the moral stance that there are some actions off the table. You do not fight barbarism with nobility; you fight it with better organized, trained, and equipped barbarism. And if I need–not want but need–to know who is planting IEDs for firing rockets at my bases, I will happily use whatever means necessary to get my enemy to tell me.

War is not fair, but it is not about being fair. War is violence and killing and the only ones who don’t know that are the limp-wristed liberal pantywaist fools who think that harsh words ruin lives. The CIA report released by the Senate is nothing but an announcement of what everyone knows anyway. The only reason to release it in the first place is political stupidity… but then Diane Feinstein is as well known for her brains as she is for her beauty.

Much ado has been made about the atomic bombs that were dropped on Japan. The reality is we killed more people in the firebombing of Tokyo than died in Hiroshima. Dresden was not treated all that delicately either. Is the knowledge that we waterboarded our enemies going to make it more dangerous, not really? The danger was already there and any acts were bound to happen, they are just provided a possible excuse amongst thousands of excuses. In the end, it means nothing. The complainers really should do a bit of research into the culture of the people we are fighting; the ones that consider it acceptable to rape a female member of an opposing family in order to damage their ‘honor’; the same culture where the acceptable method of restoration of family honor is to kill the girl that was raped.

Moral outrages are all fine and well, but remember one thing, it is a luxury. Your ability to have angst over this issue is because people with more concern for results and who were willing to fight for peace were also willing to achieve it at any price. Any society that limits its actions to the rest of the world, or influences the actions of the world must do so from a position of strength and there is only one way to do that. The methods may differ but the results are the same. War is nothing more than inflicting pain and death upon a society in order to get them to change their behavior to a standard you find more acceptable. The only main difference is that torture is done behind closed doors.  Information is a vital component to war. How it is obtained is irrelevant to the need for it.

Whatever is learned by coercion is never taken at face value anyway. It is compared and contrasted to other information. By examination, we gain an appreciation for the accuracy of the information. It is possible that people will say anything in order to make the pain stop. It is even probable. But that does not mean that valuable information cannot be obtained. You can object all you wish and claim that our nation has higher standards. I encourage you to look around and see the price that has been paid for those standards. Moral character is fine when you have the luxury of it. But do not ever establish a moral point from which you refuse to move or else your enemies can trap you there and destroy you.

Barbarism can only be face by barbarism. It takes blood on your hands to win a war. If you don’t know that, you do not understand war.

Personally, I am a barbarian and proud of it.

This article first appeared in The Havok Journal on December 11, 2014.