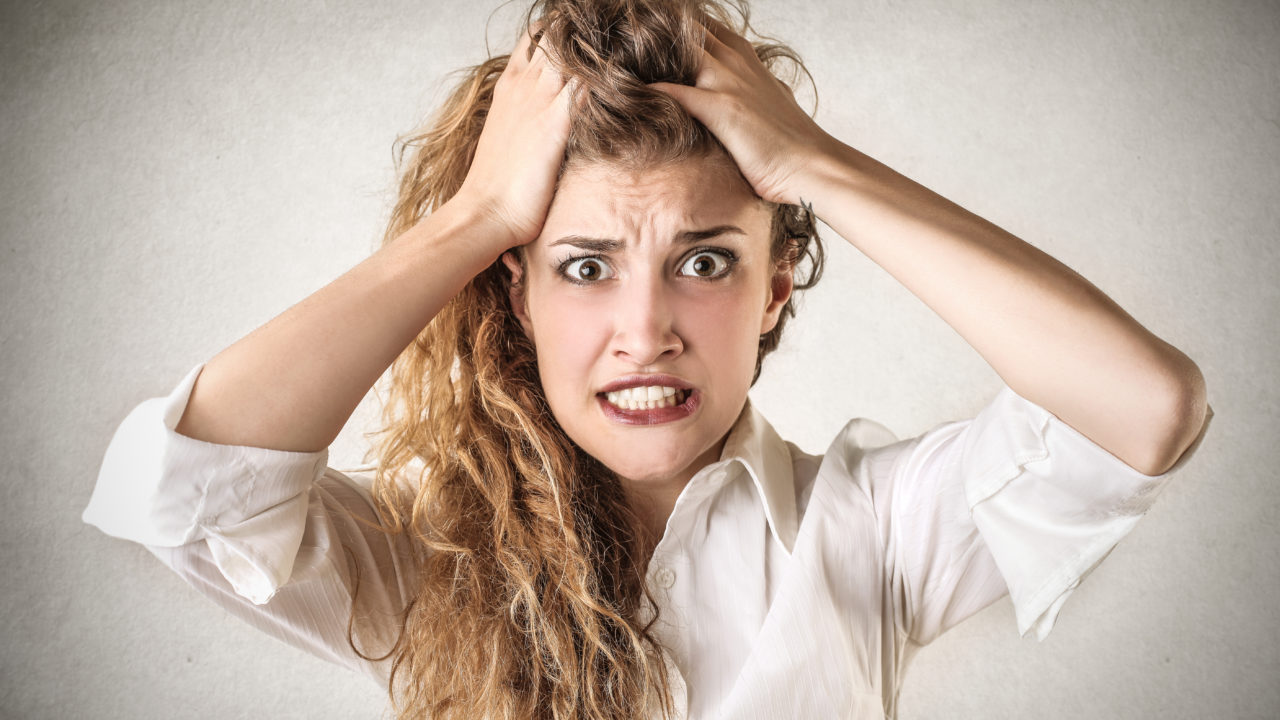 This first appeared in The Havok Journal on August 20, 2018. The topic remains just as relevant today.

If you’ve spent any amount of time on Facebook or Twitter chances are there have been articles or photos shared on your newsfeed/timeline. Maybe you’ve noticed stories with fire departments and law enforcement agencies in full hazmat gear to remove a bit of “suspected drugs” in the car of a victim who has overdosed. And they did that because one or more first responder was taken to hospital after being in contact with the patient complaining of vague symptoms like dizziness or rapid breathing. The articles are picking up speed at an electric pace:

Two incidences like the articles above just literally came across my feed yesterday alone. In nearly every single incident, the public safety personnel tested have either had no opioids in their system, or the substance tested is not actually fentanyl/an opioid after all. You can never be too safe, right? Maybe you can, and I’ll elaborate as to the why. 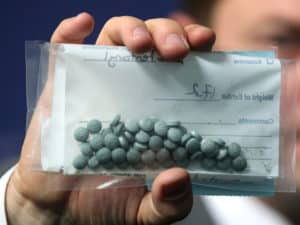 First Response/Law Enforcement agencies across North America seem to be ignoring all medical literature on the subject of exposure to fentanyl. I’m not sure of their rationale or motivation for doing so, but it seems this is the common. For example, take this guidance from the Commissioner of Kentucky’s state-wide police training agency, click here.

By contrast, do you know what Paramedics wear for personal protective equipment when faced with a patient who has overdosed, even when there is a “suspicious substance” at the scene? They wear standard medical exam gloves. That’s it. Maybe they’ll don an N-95 respirator if they suspect an airborne hazard, but this too- essentially an airtight filter mask similar in appearance and function to a dusk mask- is a low level of protection. It is, however, adequate. With this level of protection Paramedics don’t seem to be dying, or becoming ill as a result of incidental opioid exposure.

But what do the experts have to say on this issue?

Attached below are the safety criteria from the American College of Medical Toxicology, available HERE.

General Precautions and Management of Exposure:

In the unusual circumstance of significant airborne suspension of powdered opioids, a properly fitted N95 respirator or P100 mask is likely to provide reasonable respiratory protection.

“Management of a patient who is presumed to be suffering toxicity from an opioid including fentanyl derivatives should not routinely require use of a mask. While aerosolized dust may be anticipated following disruption of free powder, medical care of a patient who has injected, snorted, or otherwise ingested any type of opioid would not be expected to result in airborne drug particles. Therefore, we do not recommend routine use of masks of any kind for medical response to a potential overdose.”

“Popular media reports of possible law enforcement exposure and toxicity have included removal of dust from clothing. Clothing should act as an appropriate barrier to direct skin contact, however, secondary exposure through hand contact or production of dust is unlikely.”

The only situation situation absurd enough to activate an entire Hazmat unit and be justified might be a clandestine drug lab where “trafficking” amounts of open powder are around the scene. So, no, your Hazmat truck is not required in the basement of a user with a misdemeanour amount on his side table. It is not required for a dime sized bag of powder found inside a suspect’s vehicle after overdosing behind the wheel. The increased media attention to these stories spread quickly throughout law enforcement agencies and the public too. If you think public hysteria over nothing cannot happen, see for example, the Seattle windshield pitting epidemic.

Why is this a problem? Because it spreads the myth that any amount of opioid is a ticking time bomb that has the potential to kill everybody who even looks at it. Officers across the continent are administering themselves and colleagues naloxone (Narcan (R)) after they exhibit any sign or symptom after touching or even looking at these substances. (Professional tip: If you can give yourself naloxone, you don’t need naloxone). Dr. Jeremy Faust, an emergency medicine physician at Brigham and Women’s Hospital in Boston and an instructor at Harvard Medical School, wrote an excellent dialogue as this was starting to come to light back in June of last year. It centred around one of the first cases of police 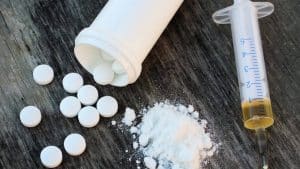 “But neither fentanyl nor even its uber-potent cousin carfentanil (two of the most powerful opioids known to humanity) can cause clinically significant effects, let alone near-death experiences, from mere skin exposure. Could Green’s overdose have been the result of him accidentally inhaling the powder, instead of just touching it? It’s certainly true that actively inhaling (i.e. snorting) visible amounts of fentanyl could cause a life-threatening overdose. If a person were to snort a “line” of the substance (thinking, perhaps, it was cocaine), or sample visible quantities of powder formulations of fentanyl orally, it could certainly cause an overdose. But Green was not intentionally inhaling or swallowing the powder—he was just brushing it away from him. Perhaps when he moved to brush the substance off his shirt, some of it stuck to his fingers and he later inhaled it, or accidentally ingested it. But the amount that could have transferred from the car to the shirt to the fingers to the mouth or nose would not be a clinically significant quantity, even accounting for fentanyl’s potency.”

If you haven’t read the article I encourage you to take a pause and read it over on Slate.

The other reason this hysteria is terrible for the public is because it contributes to the spread of misinformation from non-medical sources that, if it was correct, could be beneficial to frontline responders and the public they serve. Most importantly it potentially delays care for life threatening emergencies to patients who could ultimately die while you’re waiting for those resources to arrive. Officers are usually first on scene to these types of events. Instead of administering naloxone, rescue breathing, and CPR while waiting for local EMS, they may hesitate to do any of these things for the fear of overdosing themselves and dying instead of administering lifesaving interventions when there is absolutely little to no risk to themselves. When a patient is in respiratory or cardiac arrest minutes matter. Minutes that should not be hesitated on.

The job of police officers is indeed difficult, dangerous, and demanding of judgement calls. The actual hazards our police officers face are numerous; we need not add made-up ones to the list. When it comes to their assistance in medical situations (which is not exactly their area of expertise), they need to examine the published guidelines and direction from medical providers, physicians, and toxicologists and not the media. Incidental exposure, either dermal or inhalation will not kill you or even cause significant symptoms. But waiting for specialized units and equipment to help decontaminate or render “safe” a scene, may kill the patient.

In closing, this is not an attack or armchair quarterback on the choices of any public safety agency. Safety is paramount. But let’s work together and arm ourselves with sourced and validated information and not media reports to keep everybody safe, including those we are tasked to help.

Peer review/editing: Andrew D. Fisher, MPAS, PA-C, LP. Andrew D. Fisher is a third-year medical student at Texas A&M College of Medicine and physician assistant in the Texas Army National Guard. He previously was the senior PA assigned to the 75th Ranger Regiment. He is an associate editor for the Journal of Special Operations Medicine. Twitter: @fisherAD1

Peer review/editing: David Fifer, MS, WEMT, NRP. David Fifer is an instructor and responder in Kentucky, where the opioid crisis is severe. In his 17-year career in emergency services, he’s worked for and with numerous law enforcement agencies. He’s a field Paramedic, emergency manager, and specialist in austere medicine. Twitter: @DownToFifer