HomeNationWhy Civics Class is More Important Than Ever 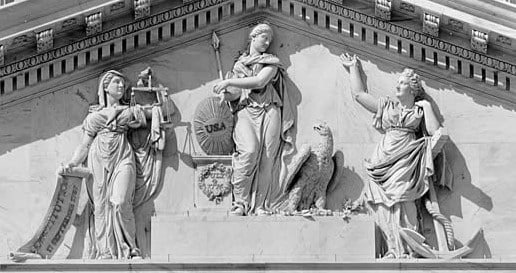 I have wanted to pen this article for quite a while now. It usually is right before or after every election, but I always put it aside for something that does not elevate my blood pressure to this extent. While scrolling through social media in my search for dark humor or otherwise offensive memes, I unavoidably come across posts and articles demonstrating how ignorant much of the U.S. population is of basic civics. Democracy versus republic. Gerrymandering. The 17th Amendment. The Electoral College. These are only a few civics lessons that the American education system – unwittingly or by design – has failed to teach the public to our detriment. I am a simple scrivener, but this commentary may brighten a few apathetic or uninformed minds.

“Democracy” is likely the most overused and misunderstood/misrepresented word in the modern political sphere. The majority governs a democracy. In short, three wolves and two sheep decide what to have for dinner. However, the U.S. is a constitutional republic. That means it has a democratically elected representative government, selected by the people and bound by the rules of a constitution. To explain that further, each representative – state or federal – represents a set number of voters in the legislative branches of government. Additionally, a constitution limits what laws the government can impose on the people, not what the people are allowed to do, but that is a subject for another article.

Each state has a specific number of representatives in Congress and reflects its population. For example, California has fifty-three, while Colorado only has eight; those numbers will also become relevant later in the Electoral College section. These representatives serve their constituents’ interests in the government. However, it is also essential to understand that they are not our leaders. Instead, they are public servants sent to do a job on behalf of the majority of people within their district in the federal government. In our country’s early years, representatives would serve a couple of terms as a civic duty, then return to their everyday lives as blacksmiths, lawyers, or farmers. Unfortunately, politics has become a career for far too many, and gerrymandering – the manipulation of boundaries for political or class gain – has infringed on that representation.

Colorado, like many states, recently redrew its district lines. The reason is two-fold. First, the 2020 census showed a population increase resulting in the need to create another district. Second, population shifts within the state also required each district to have a roughly equal number of constituents. Unfortunately, here is where gerrymandering reared its ugly head. Every couple of years (how long is usually determined by each state), committees form to redraw district lines to maintain that equality. However, with increasing frequency, lines are drawn to influence the political power of each district.

For example, Colorado’s 1st, 6th, 7th, and 8th districts have significant Republican/conservative population pockets, but all went to Democrats this cycle. Why? Because redistricting broke up many of these pockets, more heavily Democratic districts absorbed them. Geographically, the lines make no sense, splitting towns and even neighborhoods. However, demographically along partisan political lines, it makes far more sense. Both parties are guilty of gerrymandering and generally favorably trend for whichever party controls the state majority.

The 17th Amendment is one few people know about or understand in context. Still, I am unnaturally passionate about it, so much so that whenever someone says that I should enter politics, I say that I would run for Senate to overturn it. This drive is because the 17th Amendment changed the election of senators from the state legislators to a popular vote, undermining the intent behind the purpose of the Senate.

The recent election [November 2022] and the passage of the 1.7 trillion dollar Omnibus spending bill are perfect examples of why the 17th Amendment needs repealing. Unfortunately, many Senate candidates elected this cycle on both sides of the aisle are not there to represent their states but to maintain or sway the political power balance in Congress. Similarly, like the civically illiterate gentleman I recently got into a lively debate with at a cigar bar, most people do not understand the actual role of the Senate in the Legislative Branch, and neither the ignorance nor Amendment is unlikely to change in the foreseeable future.

Every presidential election cycle, we hear clamoring for the abolition of the Electoral College, predominately from the same people who do not understand the difference between a democracy and a constitutional republic. The Electoral College is another check to ensure that the next POTUS represents the will of the entire country’s population and not just urban archipelagos. It is not without flaws for that reason, but it is still better than the majority rule the Founders feared.

For background and context, the Electoral College consists of 538 members – 438 for the House and 100 for the Senate – and votes according to their state’s popular vote. Some states, like Nebraska and Maine, have slightly different rules for their electors that would be more representative of the people’s will. For example, before 2008, Colorado used to be a “Red” state, and now it is solidly “Blue.” The reason is that the population growth in Colorado’s urban areas has dramatically increased, and these residents primarily vote Democrat. The previously mentioned gerrymandering has influenced election results also. We see this in several cases where Democrat cities largely control rural states in legislative and electoral decisions.

A more “equitable” alternative would be that House electors vote according to their districts’ popular vote, and the Senate electors vote one each for the state’s overall popular vote and the district majority. As stated above, this would allow for a more representative presidential election process where candidates have to truly earn their 270 votes and “swing states” become that much more influential in elections.

Unfortunately, the items discussed here are the tip of the iceberg regarding the average American’s civic ignorance and misrepresentation of the government’s founding. Therefore, it will require a return to a more comprehensive education during the next generation’s instructional years to change any of this. Similarly, many selfless individuals will likely need to enter into politics to disrupt and dismantle the current status quo that has been so destructive to our politics and societal framework.