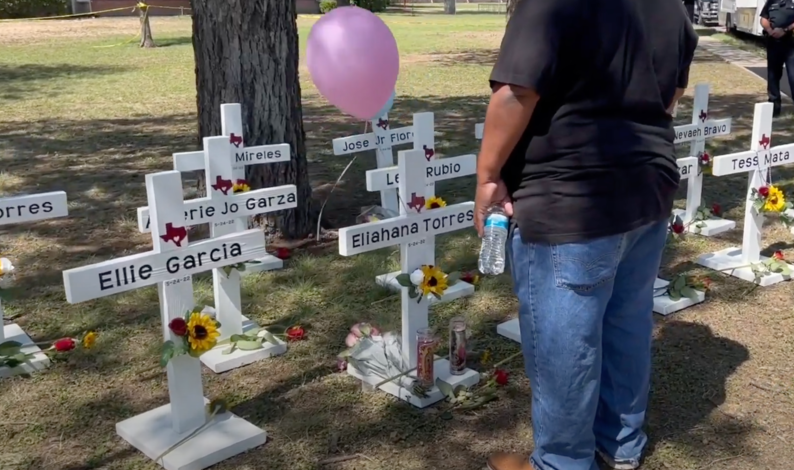 This past week, it was nearly impossible to turn on the TV, go to the internet, read a newspaper or even have a conversation without someone mentioning the shooting in Uvalde, Texas. It seems all of sudden, that Ukraine and Amber Heard don’t even exist. Most people don’t know this, but I grew up in a small town not too far from Uvalde in a place called Eagle Pass. My friends and I spent a good chunk of our time in Uvalde in our days of innocence.

We would drink pop and eat ice cream to stay cool in the hot Texas summers which seemed to last most of the year. We played pool in my friend Pedro’s parent’s house, talked about baseball, and when our turn in the major league was going to come, and of course, girls. Uvalde is a slightly more affluent area than where I grew up, only because it isn’t riddled with gangs and cartels. Uvalde is full of incredibly hard-working middle-class folks who want to be given nothing and earn everything.

I was born into violence in the south side of Chicago which was only hardened by “the valley.”  Just walking home sometimes was like playing a video game: you had to get through one gang-controlled neighborhood and fight your way out only to find yourself in another. If you lost, you had to go back and start over.

Unless you were in an advanced placement class in high school, you were bound to see kids in the backpacking or dealing drugs and exchanging guns. During my first week of junior high, as I was walking out of my algebra class, two “Cholos” got into it with a shank and a knife right next to me. It was so fast; it was over before it had started. The next thing I knew, the security guards and School Resource Officer (SRO) had taken control of the scene. My algebra teacher, Mr. Spies, sat by the stairs with a cloth covering one of the kid’s mouths with a rag. He had been cut by his opponent, and part of his upper lip was just dangling with blood dripping.

Don’t get me wrong, I’m not on here to gain sympathy for my upbringing. I embrace what chiseled me into who I am today. My point here is, that the violence most of us are used to is uniform versus uniform. It has a cause and effect although, unfortunately, innocent bystanders sometimes get caught in the crossfire. This is violence driven by the drug trade, or ambitions for control of a neighboring province, or even by holy wars. This has been happening all over the world since the beginning of time. But what we have seen for the last twenty-plus years in our country just does not make any sense and it is incredibly tragic.

You can talk about bump stocks, red dots, AR-15s, the NRA, von Clausewitz, Mahan, and the Revolution in Military Affairs all you want. But firearms are simply a tool, like a hammer, a car, or even GPS. What you make of them is what you get. I hate myself for sounding political at a time like this because those who know me know that I am everything but.

This is a time for grieving, mourning, empathy, understanding, and for love. Some people who read this will want to comment “Facts!” or “This guy has no clue what he is talking about.” Both may be wrong, and both may be right. This is not written with the intention to gain votes, clarify statistics or even convert a non-believer.

When I look at the footage of those young children running out of Robb Elementary and of Mexican-American parents dressed in western wear hugging each other and crying, it makes me think of a simpler time that has been erased. I think of the sheer definition of innocence being destroyed by evil. Being a child IS the definition of innocence. And if we stand by and do nothing, then evil has already won, and it will continue to do so.

I don’t know what the tangible and tactical solution to this is. I’m not sure if arming veterans to protect schools is the solution; maybe it is, maybe it’s not. I don’t know what effect arming teachers will have on future cases. And I am most definitely not sure that punishing and restricting the great majority, including responsible gun owners, for the greater good will reduce these incidents.

I am not a parent, teacher, or even a gun owner. Many would say I don’t have a stake or a say in this, so what the hell is he doing this for? But I think I have a stake in this as much as the next guy. The civilians that are victims today, the kids we are neglecting to help, and those refusing to assist in this fight against evil may be the active-shooter of tomorrow, and it very well may be my turn.

Right now, we have chosen to focus our anger and blame on the first responders. Sure, after a proper investigation, we may all find many mistakes which we can use for posts, books, and town hall meetings. Show me a person that doesn’t live by thinking “What could have, what should have, what would have…” and I’ll show you a lie.

We always go to what is easy and what we know when we are in shock. It would be much harder to identify the social media companies that ignored his posts, his friends and family that were in denial of his decline, the various teachers and professionals that ignored the signs, the adults that failed to properly secure their firearms, and the countless policymakers who have failed time and again to act on these heinous events. But in order to start nitpicking the actions of those who acted, we must first come to terms with the actions and inactions of those who didn’t: us.

I do know you can try to mentally prepare yourself for almost any scenario. I do know, as former Madison Police Chief Mike Koval used to say, it takes three elements to raise a child: parenting, education, and community. If one fails, they all fail. Maybe it is not the technology that has changed and caused these killings. Maybe we have changed, as a society. Maybe we have glorified the villain over the hero for too long. Maybe we have chosen to ignore a minority that does not feel included one too many times. Maybe we have decided to normalize taking out our bad days on other folks. Maybe we have simply just given up on our fellow man.

I seriously hope I am wrong.

“Be not overcome of evil, but overcome evil with good.”

Written with love and my deepest condolences to Mi Tierra.