HomeNationWhat Happens When the Internet Names a Pistol? 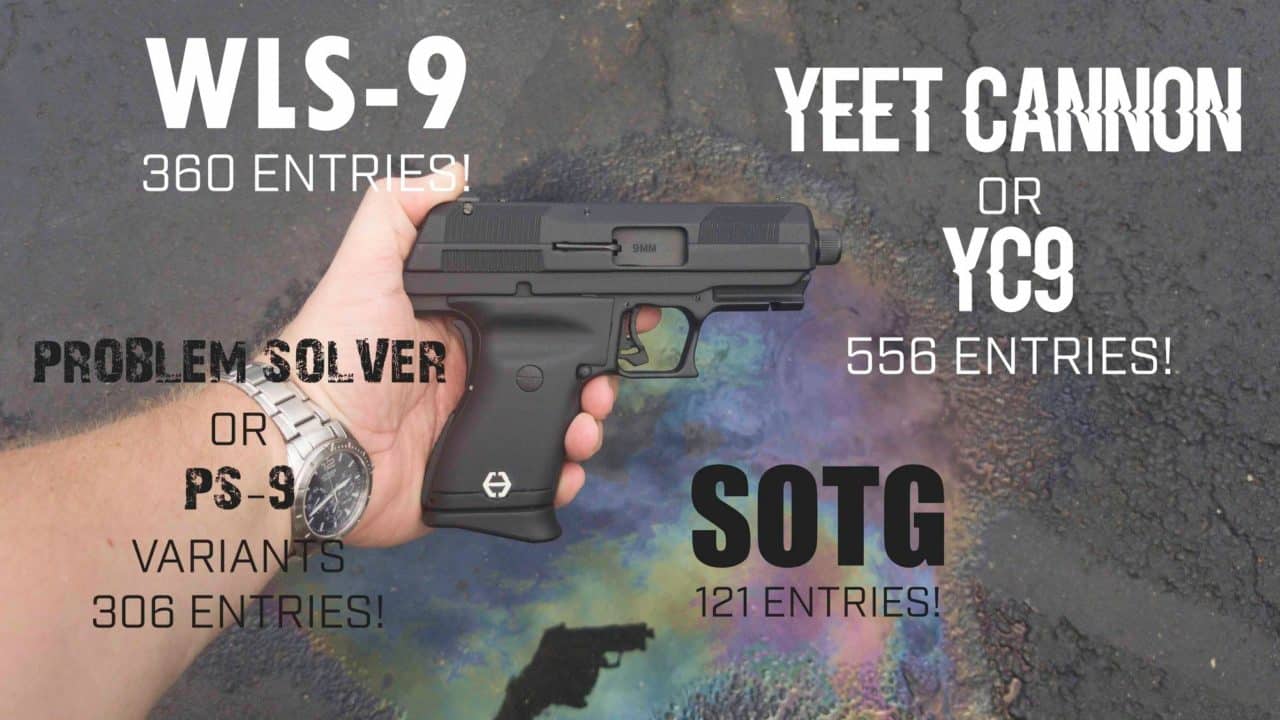 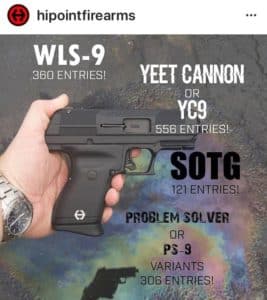 Hi-Point occupies a strange niche in the firearms community. On the one hand, their guns are ugly as sin, cheaply made, and have more ass than an LMTV full of strippers being sneaked past the Longstreet Gate at Ft Bragg for an impromptu barracks party. On the other hand, they’re dirt cheap and weirdly indestructible, and if you do manage to break one, their warranty covers just about anything.

Few serious shooters take them seriously, but that’s okay, because they don’t take themselves too seriously, either.

Case in Hi-Point (no, I will not apologize for that joke), they recently did a thing. That thing was to ask the internet what they should call their new 9mm handgun.

The internet being the internet, the submissions were, to say the least, interesting.

Problem Solver 9 (PS-9)? Catchy, but we all know it’ll be called the Piece of Shit 9 roughly 3 milliseconds after it hits stores.

Student of the Gun 9 (SOTG-9)? Interesting, but not in a good way. Sort of pretentious, if you ask me, and that’s one thing Hi-Point is not.

We Like Shooting 9 (WLS-9)? Hard pass. The abbreviation looks cool, but honestly, the full name is just lame. We Like Shooting? Well, yeah, we do, but where’s the style, the class, the panache?

I cannot express just how giddy I am that there’s a possibility, however remote, that an actual production firearm might be named the Yeet Cannon. Yes, it’s stupid. Yes, it relies on the rapidly fading relevance of a slang word that won’t be remembered three years for now.

I don’t care. It’s brilliantly, gleefully stupid in all the best ways. And hell, it’s just fun to say. Imagine someone tries to break into your house and you have one of these things.

My God, it’s so stupid, it actually loops back around to being brilliant.

Look, Hi-Point. I’ve never bought one of your pistols before, but there’s a first time for everything. If you choose the name Yeet Cannon, I will buy one. I will lovingly test it to destruction, I will video every glorious second, and I will frame its broken and mangled corpse and hang it on the wall, so I can proudly tell my children that I was a part of history.

And then I’ll buy another and take care of it, because seriously, Yeet Cannon. Who doesn’t want one of those in their collection?