HomeNationVeteransWhen You Feel As If You Don’t Belong 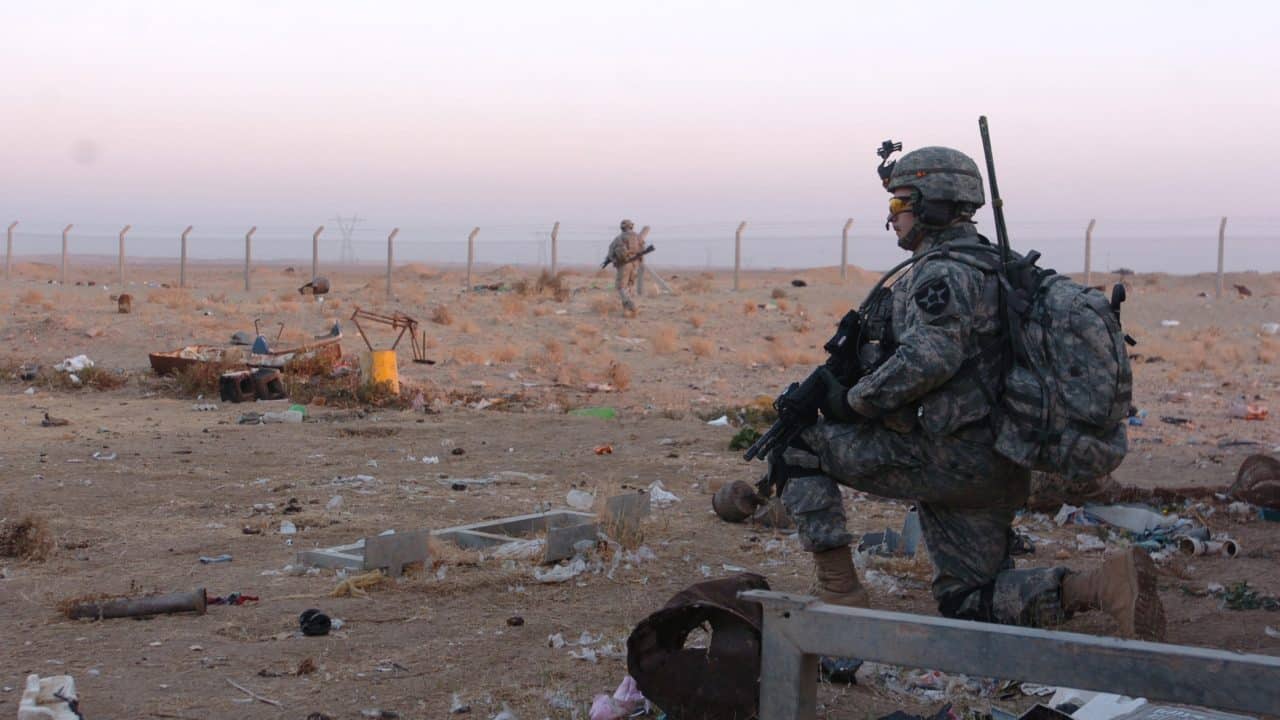 This first appeared in Britta Reque-Dragicevic’s blog “Life After War” on April 5, 2016, and is republished with the author’s permission.

It’s that heaviness deep in your chest. That gaping void where part of who you were before is permanently gone. It’s the sense of having done things that can never be undone, a burden of being responsible for having taken life and for having lost it. A burden you know is yours to carry.

It’s being moved to tears by songs that invite you to grace and mercy because you know in your heart that for some reason it doesn’t apply to you. Grace and mercy? You want to believe, but they feel as if they’re for others. Not for you. For your brothers, for your family. Not you.

And your heart aches and contracts and your chest caves in on itself, your breath catches in a prayer you can barely whisper. You want to, but you don’t believe in redemption, even though it calls to you, like a faraway home you can hardly remember. You feel as if you’re standing outside the circle, watching all the innocent ones, the ones who haven’t destroyed and killed, the… Others… receiving grace and forgiveness. Accepted. You know deep down you will never belong. You are… marked. The spiritual repercussion of being a warfighter.

It eats at you. Oh, not the killing. At least, not the ones that were justified. No, the decisions under fire, the split-second hesitations, the choice to go down one road instead of another. The feeling in your gut that warned you, but you weren’t in a position to heed it. Or you were, and you didn’t. And now they are dead.

Men you loved. Men who loved you. Men who died for you and with you and for whom you would have died. But you didn’t. And you’re pretty sure you should have. You would now if it would bring them back.

It gnaws in your stomach, replays in your mind, and haunts your nightmares. Sits in you. And you move through your days forced to live with the knowing, with the overwhelming sense that there is nothing you could ever do that will ever unmark you. Ever undo what happened.

You move through your days held by the underlying certainty that you can’t belong. Always, standing outside that circle. Believers of all faiths invite you to step into their circles of salvation. But grace feels like a fantasy, like a far-off wish that is fine for others, just not possible for you. At least, that’s what runs through your mind.

It’s that sense that you don’t deserve real love, real goodness, real joy, to have what your heart wants most in this life because you’re responsible for more destruction and devastation on this earth than anyone knows. So you just stand there, on the hillside, outside the circle… with your fellow warriors. And you watch the Innocents get the joy and love they deserve. And you’re glad they do. But your eyes fill with tears for the longing to belong and the seeming truth that you never will.

This is your reality. You’re strong. You’re a soul of courage. You know how to carry your own shit and it’s yours to carry. You know all the explanations and comforting words that your wisdom reminds you of. The chaos of war. The chain of command. The fractured nature of time in combat. The possibility of death even if you did it all right. The randomness that played into it all. You know good men die in war. You know that you did a hell of a job. You know you would do it all again. Even now. Knowing how it hurts. You’d do it all again. It’s who you are.

You stand among men who are rare on this earth. Those brave enough and human enough to deliver death and endure life. You can’t undo what has been done. It IS your burden to carry. But it’s not yours alone. Your brothers stand with you. Those who shoulder the weight of being the only group of souls on earth condoned to take life and heralded as heroes for doing so.

“Some things can’t be fixed, they can only be carried.” I read that recently.

The hell of combat lies in the silent aftermath. In the second-guessing one’s decisions. In the very real weight upon your soul that bears actual responsibility for the loss of human life. It is in what you should have done, what you couldn’t do, in the reality of your actions. In the unchangeability of what you did or didn’t do.

I don’t know. I seek an answer as much as you do. What I do know is that the pain is real, the ache hurts, and the sense of carrying something that only a few ever have to carry on this earth and even fewer will ever understand is sometimes overwhelming and always there. Underneath it all.

I know that you are loved by those who understand you and by those who don’t. You are here for a reason and while the weight on your soul is so heavy, you have the strength and fortitude to bear it. And when you stumble to the ground under the heaviness, the rest of us will be here to kneel with you, give you water, wipe your tears, and hold courage for you while you find yours again. And when you are exhausted and can’t get up, we’ll carry you.

The spiritual burdens of combat are hard. There’s nothing easy about this. Few are willing to even address this issue. But I refuse to believe that there is no hope for less pain, for different perspectives, for wounds to heal. I also believe you find courage by facing truth in the face. Trying to make this less difficult only denies the reality of how complex and real this issue is. I will continue to go into this dark cave until my eyes adjust to the dark and I can see what my soul needs to see.

We may be outside the circle, but we’re here together.