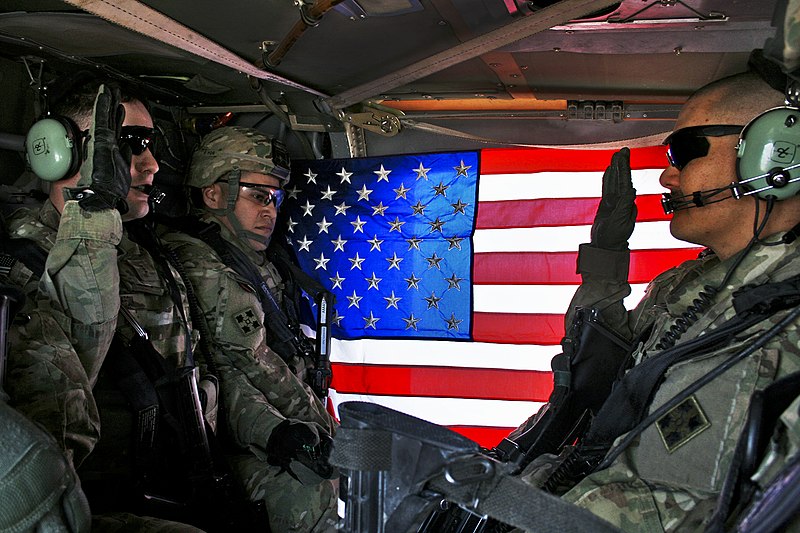 In Norse culture, if a Viking took an oath and went back on his word, it was said that his sword would turn against him in battle and incur the wrath of the gods.

This is a diﬃcult article to write for I ask a hard question halfway through, and it could subject me to unnecessary scrutiny. Why? Because I am reminding all who swore to serve as a guardian of the U.S. Constitution that their priority is clearly deﬁned. I am calling for action. I am calling on the honor of veterans to remember why they served and to fulﬁll their oath. Your country needs you.

Some may assume that I mean actions of a military nature – they would be wrong. I am saying that our government is out of control and operating well outside of the U.S. Constitution that all military swear to defend. To ﬁx this problem, it is time veterans step up and apply their leadership skills to a nation badly in need of them. Today’s political environment means that what I say, and mean, may not matter because I am a patriot; therefore, an enemy of the state, but a friend to the people. Regardless, it must be said anyway.

I spent 28 years in America’s military. I started out enlisted in the infantry and later became an oﬃcer and ﬂew helicopters for over 20 years. I deployed seven times and traveled the world for multiple other types of missions. I have witnessed the best humanity has to oﬀer, and the worst. The same things that result in the worst conditions are heavily inﬂuencing America today. Communism, fascism, socialism, you pick the title, they all have the same result — human suﬀering caused by people seeking power.

Our oath demands we do something. We are to:

1.          Support and defend the Constitution of the United States

Here is the hard question: “What do American veterans do when the enemies of the American people are domestic?” It must be stated clearly that those who advocate for these ideologies and are U.S. citizens are the domestic enemies of this country. It does not matter where they are in government or industry if they are willfully seeking to destroy this nation, then they are not a friend of America. It is time these people are no longer allowed in the halls of power, and veterans must serve once again in their stead. It is time to remove the ties that bind together the government, media, big business, and all agencies directly or indirectly seeking our destruction.

Our oath has no expiration, and veterans are the only ones capable of providing the leadership our nation needs. Many still on active duty would agree that this is true. America’s senior military leaders who will not fulﬁll their oath and protect the people are part of the problem. Unconstitutional measures have been forced upon the citizens of this country by citizens of this country. Many of them are supported by the Department of Defense. If not them, other federal government agencies often violate the same oath against the American people in collusion with big tech, big business, and media.

Few revolutionary movements happen so fast that they put people in such shock that they immediately revolt. The continuous growth of government followed by the setting and springing of the ﬁnal trap ensnares the people in a tyranny they had a role in constructing. We call that treason if they knowingly had a role in building the trap.

Thus, the seventeen million veterans of the United States must answer the hard question and step up in service once again. This administration is working at a breakneck speed to shred the ideals and principles we swore to defend on behalf of every citizen. We are the guardians and protectors — the ones the American people have kept in their highest regard over the years. We are needed now more than ever.

The question before us now is how to fulﬁll that oath while not creating violent conﬂict as a result. Such conﬂict is the preferred technique and outcome of groups like ANTIFA, BLM, and undercover FBI agents to name a few. As guardians of the Constitution, it is our charge to keep the peace and maintain liberty. So run for oﬃce, testify to committees, do research, author articles or letters to the editor, and call legislators. Show America what leadership and selﬂess service looks like.

Lt Col (ret), US Army, Darin Gaub is a Co-founder of Restore Liberty, an international military strategist and foreign policy analyst, an executive leadership coach, and serves on the boards of multiple volunteer national and state level organizations. The views presented are those of the author and do not represent the views of the U.S. Government, the Department of Defense, or its components.