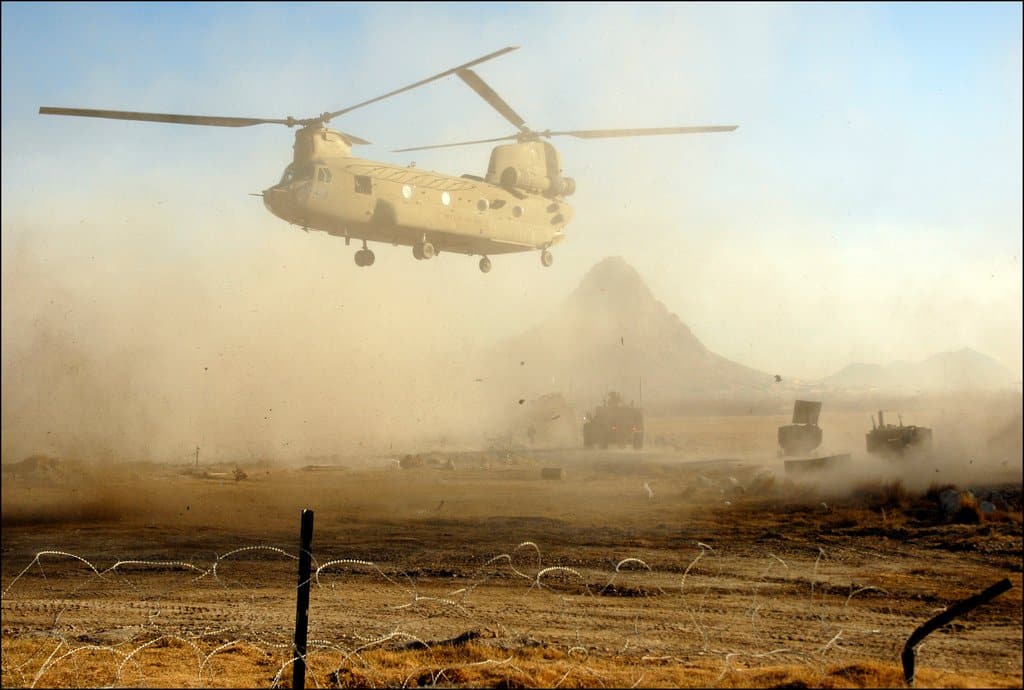 Most of the time all it takes is a smell or sound to remind me of it. I often find myself wondering if friends of mine, mostly ones who served, had ever experienced it. I’m referring to a sensation that silences the mind from the constant barrage of intrusive thoughts in almost an instant. A sensation so powerful that it eliminates the white noise of daily life over there. The mundane tasks, checklists, self-criticism, pain, and doubt. It’s something I have come to call “the calm.”

I first experienced it in the Nawa District of Helmand Province, Afghanistan in 2010. As the bird lifted off the ground it created a cloud of dust blinding and choking every Marine to my left and right. My platoon was being flown out to our patrol base that day. As we ascended and the dust cleared, I began experiencing what I later called “the calm.” This sense of pure bliss had overtaken my body. I no longer felt the hard pinch of the side SAPI [small arms protective insert] plates digging into my hips or the 130-degree heat. The incessant high pitch whine that filled the helo was silenced, the moon dust that had filled my lungs might as well have been crisp fall air. I felt as if I was experiencing some sort of high. Subtle warmth crept in and took over my body and at that moment I felt as if I was exactly where I was supposed to be at that moment in my life. And that feeling was undeniably the best I’d ever had.

As we flew over Nawa, I looked down at what I had only seen in pictures and movies. I felt as if I had taken a hallucinogen. My mind rapidly processed the mud huts, tractors, and farmland in an indescribable way. The helo crew manned .50s and peered over and around them at any sign of movement below. In this moment, I thought to myself “I am actually here, all the long days filled with blood and sweat paid off.” I am going to have the opportunity to do what I was trained to do. And at that moment, I wasn’t nervous. I was calm.

I experienced this sensation numerous times throughout my two deployments to Helmand Province. Every day I exited the “wire” for patrol it was as if there was an imaginary wall that blocked my life back home from coming with me. Almost as if there was a stronger and higher power ensuring I was hyper-focused on the task at hand. That distinct sound of racking the bolt of my M-4 and chambering a round into my rifle was nearly simultaneous with the sounds of life back in the states dissipating and “the calm” taking over.

Imagine walking from a noisy restaurant filled with the sounds of clanking silverware and loud conversations to a soundproof room. Now only footsteps, the high pitch cry of a metal detector sweeping our path, and the occasional radio chatter could be heard. Then, there was the smell. A subtle yet strong charred wood smell spread throughout the air every day. That smell is something I’ll never forget. In these moments of calm, I would think to myself: How is it that I feel true peace in such a dangerous place?

Unfortunately, I have chased this feeling for the 10 years that I have been out of the Marine Corps. That silence. That peace. That calm. It is unbelievably addictive and it’s a sensation I may never experience again for the rest of my life. Though I may never feel it again, I believe I am lucky and blessed to have experienced what I will always refer to as “the calm”.

Ryan Gerrity is a police officer who lives in New Jersey with his wife and one-year-old son. He served as an Infantryman (0311) with 3rd Battalion 3rd Marines from 2009-2013, serving as a team leader and squad leader. He deployed twice to Nawa and Garmsir District within Helmand Province, Afghanistan.