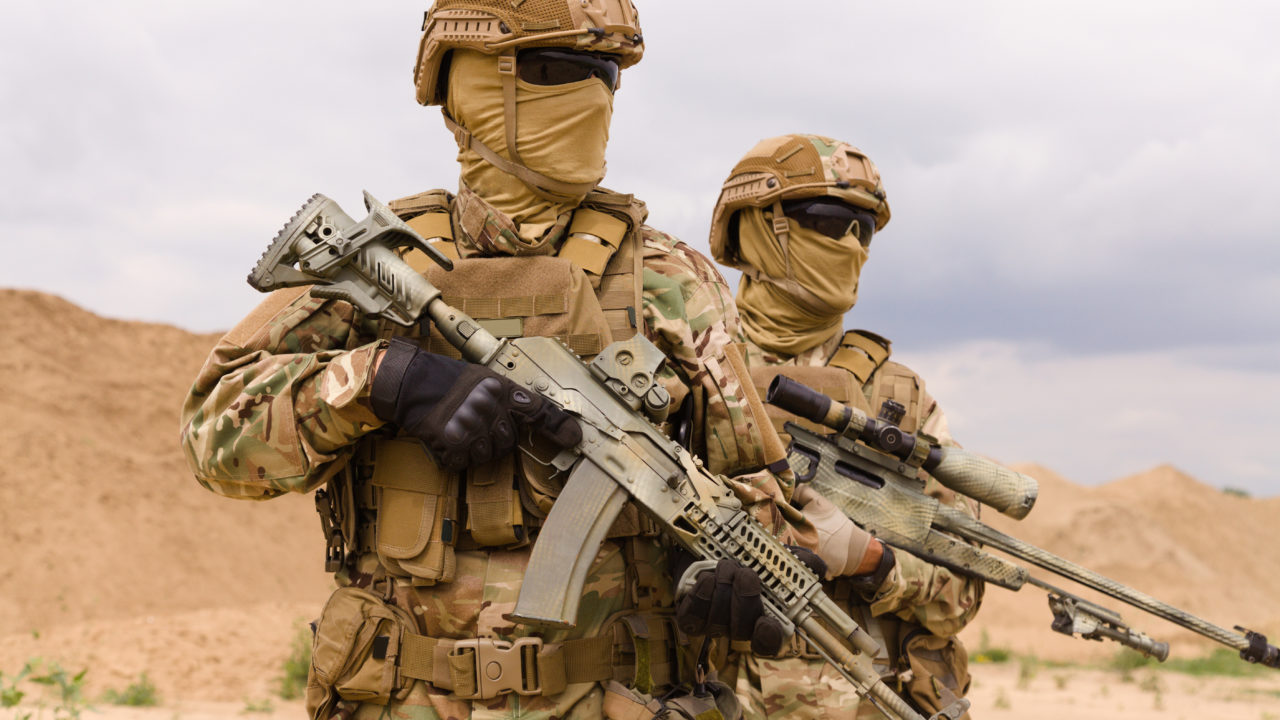 Author’s Note: This paper was prepared for PSY495: Senior Capstone, a directed study mentored by Dr. Laliberte.  My sincere appreciation to all those in the Army’s Special Forces community for their continuous feedback and support. This project would not be possible without them.  De Oppresso Liber.

Enlisting in the military was a dream of mine since I was a young boy. I left for Basic Training at Fort Benning, Georgia after graduating from high school in the summer of 1986. I was fortunate enough to have had the opportunity of serving in the 1st and 2nd Infantry Divisions and later reenlisted for the 10th Mountain Division at Fort Drum, New York. My service was during the Cold War and the incidence of depression and suicide among servicemembers seemed rare, almost nonexistent. I began a career as a firefighter/paramedic after completing my six years of service in the Infantry, but always remained close to my military roots. One of my first service-related exposures to mental illness was during a psychology rotation at the Providence VA Medical Center while I was attending paramedic school. I soon began to take notice that a large percentage of the medical emergencies I responded to as a firefighter/paramedic would stem from mental health issues.

I had just completed a 24-hour shift at the firehouse and was slouched over my coffee table eating breakfast when I saw Flight 11 out of Boston strike the North Tower of the World Trade Center. Like most Americans, I was in shock as I watched the events of that day unfold in real-time on television. America responded swiftly to the attacks on 9-11-2001, and the Army’s 5th Special Forces Group was among the first boots on the ground in Afghanistan. This type of conflict required elite groups of warriors and America’s Special Forces “A-Teams” because their specialized training made them ideal for the task at hand. In fact, Special Forces not only played a major role in the War on Terror, but their important and impactful role inspired many patriotic Americans to attempt the Special Forces’ rigorous selection process. Special Forces Assessment and Selection is designed to test survival skills and places an even stronger emphasis on intense physical and mental training over a period of 24 days. If selected, candidates will then begin the Special Forces Qualification Course, which consists of several phases, and lasts approximately 54-56 weeks.

Many of these Special Forces Operators leave the military and suffer bouts of depression. Some individuals have suggested that depression is all too often misdiagnosed as PTSD otherwise known as Post Traumatic Stress Disorder. Kevin Lacz’s article, “The “Signature Injury” of the War on Terror Is Not PTSD. It’s Low-T, appeared in the Havok Journal on 6 August 2019. In his article, Lacz suggests that:

It’s important that our communities understand the prevalence of hormone imbalance among veterans because of symptom overlap with TBI/PTSD. This overlap of symptoms could lead to an exacerbation of symptoms or even misdiagnosis. Veterans presenting with mood swings, weight gain, irritability, apathy, sleeplessness, depression, or low sex drive should have hormone levels checked to ensure that an imbalance is not masquerading as a brain injury or mental health disorder, or simply making symptoms of TBI/PTSD worse.” (Lacz, 2019)

Author Kevin Lacz is a former Navy SEAL who served on two deployments in Iraq as a team sniper and medic. His article inspired me to dig deeper into the issue of Low-T and its direct impact on the Quiet Professional. The need to take a closer look stems from the tendency of both the Armed Forces and the medical community taking the plain approach of painting all service members with the same broad brush of PTSD.

However, there may be something more complex at the core, which is what this investigation intends to explore. I have had the opportunity and privilege to work with many Quiet Professionals in the private sector, forging great relationships. Exploration of the issue through research, will be achieved by a purposive sample of interviews, as well as through critical analysis of the various components revealed feelings of depression associated with low testosterone levels. A few of these Quiet Professionals interviewed admitted to having themselves tested for low levels of testosterone after leaving the military on their own dime. One Quiet Professional interviewed explained, “Most of us paid out of pocket at BIO station in Florida. Covered by Tricare back in the day. Not anymore” (Quiet Professional #6).

These interviews also exposed a stigma that exists within our society and the medical profession about the use of testosterone replacement therapy (TRT) for America’s warriors even when indicated through laboratory testing. According to the Urology Care Foundation, depression is a major symptom of low testosterone (Low Testosterone, 2019). The average age of the Quiet Professionals first deployed to Afghanistan after 9-11 was thirty-two (King, 2018), and studies indicate that testosterone begins to decline in males after age thirty (Hirsch, 2019). The exploration at hand is important because twenty-two Quiet Professionals took their own lives in 2018 (Birkenbuel, 2019), and the relationship between Low-T and grave depression suggests that the connection between these two variables among Quiet Professionals is worthy of exploration more thoroughly in military settings.