HomeNationContemporary AffairsTop 5 Fallacies About Syrian Refugees To The US, Debunked 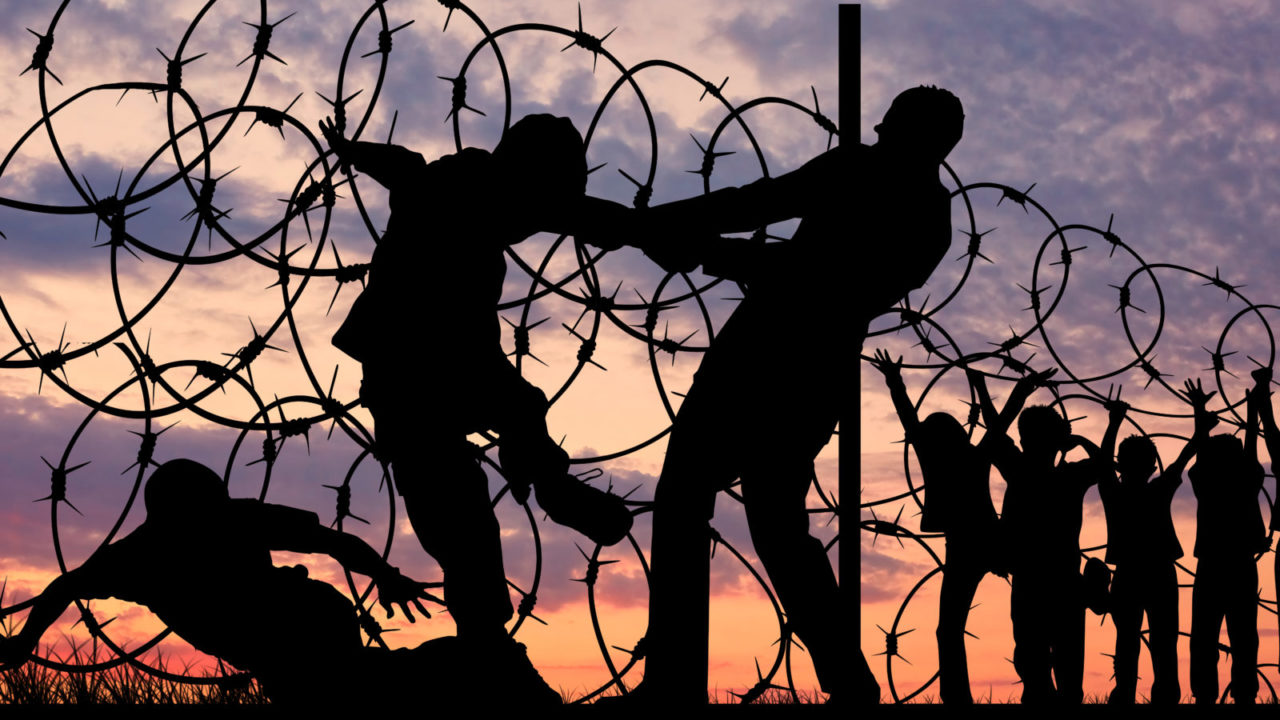 In the wake of the horrific events in Paris on 13 November 2015 and the ongoing violence in Syria and Iraq, there is concern among many Americans that the United States’ ongoing efforts to admit refugees from Syria will result in similar carnage.

The goal of this article is neither an attempt to condescend those concerned about terror attacks by Islamic extremists, nor am I trying to convince anyone that it is our ‘duty’ as Americans to help refugees. I am merely conveying facts about the process by which Syrians come to the United States as refugees. If one is to debate a topic, it is better to do so from a position of knowledge rather than hyperbole. It’s not helpful when people are bombarded by misinformation, misleading click-bait titles and fallacious memes.

For the past several years, most of the commentary I’ve observed on the Syrian refugee crisis has been from the “left,” lamenting our insufficient efforts to alleviate the suffering of displaced Syrians and insisting we shoulder more of the burden under which Europe is straining. But now the dominant narrative has been flipped: the “right” is in an uproar, denouncing the administration’s efforts regarding what they imagine will be a massive surge of ‘undocumented Muslim terrorist invaders.’

Both sides are wrong. We’re neither taking in too few nor too many refugees from Syria; we are admitting as many as we can securely vet and resettle into communities, based on the resources and protocols at our disposal.

I will attempt to dispel some of the most common fallacies perpetuated on social media in the past week or two:

Social media is flooded with selective editing and biased reporting of hordes of Syrians fleeing to Europe. However, that is not even remotely comparable to the process by which refugees arrive in the United States. Far from the unchecked human waves entering Europe over land or being rescued from leaky boats in the Mediterranean, the number and manner of refugee arrivals in the United States is much less dramatic.

Most of the world’s 20 million refugees have fled to neighboring countries, where the vast majority of them remain, while a very small percentage of the most vulnerable are resettled in a third country. A very fortunate few of the over 4 million refugees who have fled from the violence in Syria will be granted safe haven in the United States.

There is a great deal of misinformation flying around the internet regarding the numbers involved, which can admittedly be confusing.

Here’s a breakdown of some numbers:

~4 million: the number of people who have fled the conflict in Syria and have registered at United Nations High Commissioner for Refugees (UNHCR) camps in neighboring countries as refugees

~Hundreds of thousands: the number of migrants flowing into Europe from North Africa and the Middle East, including from Syria

~70,000: the maximum number of refugees from ALL countries who might be allowed access to the U.S. under the Refugee Admission Program THIS fiscal year

~10,000: the maximum number of refugees from Syria for next fiscal year

~7,000: the maximum number of Syrians who would have been admitted under the current year’s quota, if their background checks had been verified

~50: The number of States where refugees will be legally permitted to live once they arrive

Bottom line up front: most U.S. immigrants are NOT refugees. “Refugee” is often used colloquially to describe someone fleeing atrocities in his or her country of origin. It is often conflated with all types of immigrants. But is in fact a specific sub-category of migrant, despite the media erroneously using them interchangeably; the differences are crucial. The migrants flowing into Europe are not technically refugees either, unless they have been designated as such by the UNHCR and have been accepted by European countries under their respective refugee programs. One can’t just walk across a border and pretend to be a refugee.

Refugees: According to the 1951 Refugee Convention, a refugee is someone who “owing to a well-founded fear of being persecuted for reasons of race, religion, nationality, membership 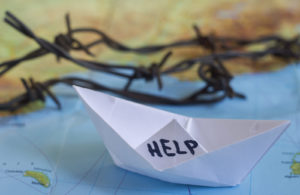 of a particular social group or political opinion, is outside the country of his nationality, and is unable to, or owing to such fear, is unwilling to avail himself of the protection of that country.” When Syrians flee to one of several UNHCR camps in neighboring countries, trained UNHCR officers evaluate their claims against these criteria and register them if they meet the threshold. They are then sometimes referred to third countries for further processing and potential resettlement. The countries that might receive them then conduct their own investigations into each applicant. Individuals arriving in the U.S. as ‘refugees’ are only those who meet these criteria. Europe cannot undergo this process like we can, due to the ease with which Syrian migrants can physically enter Europe over land and by sea.

Asylum seekers: This is a similar category of immigrants to refugees. However, these individuals enter the U.S. under a different authority (often a tourist visa) and claim asylum upon arrival. They are usually allowed to remain in the U.S. under the while their asylum claim is investigated. If they are not granted asylum, they are required to leave the country when their visas expire.

Economic migrants: Most immigrants to the United States fit into this category. Some of them arrive legally on work visas, some arrive legally under any number of other visa authorities and then overstay their visas, while an additional subset of these migrants surreptitiously crosses the border illegally. These immigrants have either undergone a less rigorous screening, or none at all.

These terrorists have been referred to as “unvetted refugees” in the past week:

There are several examples of government ineptitude that might lead one to doubt the efficacy of the refugee vetting process. Snowden and Manning were vetted, but criminally disclosed classified information; most security clearance holders do not violate their obligations. Also, the TSA failed to detect that 73 airline employees were on terror watch lists; that screening process was clearly unacceptable.

The aforementioned screening procedures differ from the refugee process. Refugees are by far the most heavily scrutinized population entering the United States and the process is the most onerous and least convenient way to enter our country. We vet refugees in a highly regulated manner that precludes anyone from ‘sneaking in.’ This enables us to prevent the admission of terrorists and those whose bona fides we cannot verify.

The screening of refugees involves a multi-stage vetting process, which begins before we grant them entry. Applicants travel to UNHCR camps, where they must be granted refugee designation by trained officers, after which the U.S. Refugee Admission Program takes over for those selected for possible resettlement to the U.S. Law enforcement and security procedures to screen them includes checks against existing databases, interviews, corroboration of the applicants’ stories, biometrics, medical screening, etc. A detailed description of this process, including additional measures to screen those from Iraq and Syria, can be found here.

The security risk posed by refugees is extremely low. Of the millions of refugees admitted to date, including hundreds of thousands of Muslims, one can count on one hand the number of arrests related to terrorism. And not one has conducted an attack here. The concerns are understandable. ISIS has promised to attack the U.S. and to infiltrate the refugee population. While ISIS can easily access Europe, U.S. refugees are unlikely to pose a threat.

The house just introduced a bill to “suspend the program allowing Syrian and Iraqi refugees into the U.S. until key national security agencies certify they don’t pose a security risk.” This bill is redundant and nothing short of political posturing. It adds no additional value to the way refugees are already screened.