I sat in a group and listened to the people around me and I heard the same things they heard and I could not understand how they were not boiling mad at the situation like I was.

It confused me so much that I decided to forget the words and just analyze what I knew about the people, the speaker and I came to an astounding conclusion.   I knew these people and I knew that they were not stupid or intellectually challenged.  They were the best most dependable people you might find in any community.  But they were not lions, they were lambs.

When faced with a crisis or hard driving situation, they folded and changed the subject when there was not a clear cut answer.  Give them a problem that they could see a start and end point to and they were fine.  Show them a problem that was going to take years to resolve if ever with no easy solutions and they folded, passed the buck, and changed the subject.

Lions are the ones who thrive in times of stress and who head face forward into battle, lambs need security and safety.  They need to be led by lions because they are not capable of more.  That is not a condemnation of everyone but is an acceptance of reality based on the people I see around me.

Think about a doctor, there is a tremendous amount of education and time that goes into just learning the profession and the various specialties.  That education process also weeds out those who cannot take the life and death pressure.

It takes a very special person to work in an ER and handle fast paced life and death decisions or become heart or brain surgeon.  The family practice doctor may have less pressure but they are still on the front lines with all the challenges. 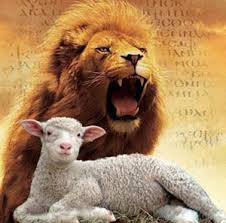 The military is filled with hours of unending boredom where you train and plan and plan and train punctuated by minutes of terrifying and exhilarating action where people die.  It takes a unique individual to operate at that level and remain not only focused but who actually look forward to the carnage, plan for it, and adapt when the plan has to change.  The enemy always gets a vote.

Managing the chaos is not a task that everyone can handle.  It takes a lion, it takes someone who understands that every moment something is likely to change your carefully wrought plans and you must adapt but above all you must make a decision.  A sheep that plods along cannot handle that kind of pressure.

Being forced to make a decision when there are so many variables puts them in a panic because they are afraid to be wrong.  A lion understands that sometimes you make the wrong decisions and when you find out, you change the plan and keep moving.  There are no guarantees in life; lions know that, sheep fear that.

I came to realize that the people around me in that room were not able to handle any situation that was no clear cut and because they weren’t, they changed the topic to one that did not matter.  In my youth I would have called them cowards but now that I have nearly half a century of life and half of that in uniform during peace and war, I understand them a bit better.

They are not cowards but they are afraid and they chose to stay with the simple because understanding the complex would present them with challenges they were not equipped to handle.  It is a survival mechanism.  They know they are not capable of more than they are giving and they chose a path that does not require them to face what they instinctively shy away from.

I might as well rage at nature as attempt to change them.  And trying would only cause hurt feelings and remove any chance that they would listen at all.

They see a challenge or a problem and they look at it like an individual instead of as a team.  We all start alone but the military and places like the ER have teamwork.  The leadership is what bonds the group together and focuses them on the task.

This is what years in the military taught me, do not look at the problem as if I alone must solve it, but how can I lead a group to solve it using every idea that is posed until we arrive at a solution.

People do not realize just how powerful they are because they focus not on a group effort but on what they alone can accomplish.  Teamwork is given so much lip service that the message is diluted into something that is weak.

Part of the problem is that there are so many shades of grey out there and when someone tried to stand their ground on an issue, they are attacked by thousands of angles.  People hide on the internet and snipe at people for fun and it erodes the idea of teamwork.

Form an opinion, any opinion on any topic, and you will find a hundred points of view on how someone else has a different opinion.  They are not necessarily wrong, but we have to establish a point where we stop allowing more opinions, no matter how valid, in order to accomplish anything.  Why doesn’t Facebook have a specific ‘dislike’ button?  Because you would see that there are far more ‘dislikes’ than ‘likes’.  It is the nature of sheep.

Lions don’t get wrapped up in likes and dislikes.  Lions understand life and death and the ‘like’ button is not dangerous to them the way it is to the emotional well being of sheep. 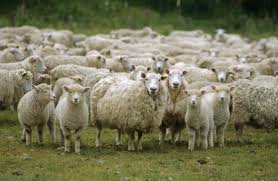 Sheep don’t understand that you have to plan for what you have and know at the time, not what will be available tomorrow and you have to be prepared to change that plan on the fly.  Change for the sake of change is not a good idea but you have to both plan and adapt to existing reality.  This is where the sheep fail.  They cannot handle the changes when they come fast and hard and lives are on the line.

Decisions in politics are like that as well but no one recognizes it.  Our political leaders are swayed by so many different sources that their true loyalties are obviously not to the people that elected them but to others and it defeats the purpose of the process because they will not stick to anything.  I guess they learned it in law school, to not ever have an opinion or make a comment than anyone can hold you to.

You will meet someone who can tell you everything that you never wanted to know about a sports team.  They will argue stats about players in vociferous battle.  They can quote you plays and facts that boggle the mind and yet when you ask them about something like taxes, terrorism, or governmental policy they fold.

They simply cannot think past a certain dogmatic point and usually that point is shallow and narcissistic.  Democrats are bad because my daddy said so.  Republicans are bad because they want war, simple basic determinations that polarize things into extremes, which are artificial because they refuse to look deeper into the issues.

I wish that people were as passionate about their government as they are about their sports teams but it will never happen.  Because people think they are simply one voice.  They don’t operate in a team and don’t understand it.  And they don’t want to be held responsible for any action that might cost lives.

Somehow we need to educate the masses that they are one vote alone but a force to be reckoned with together.  We need to simplify the choices and narrow down the options if we intend to get anywhere.

Pick a path and follow it and don’t get distracted by the pretty lights and pictures along the way.  The sheep need to let the lions lead.

And we need to get more lions into office.

© 2014 The Havok Journal
havokjournal@blacksideconcepts.com
Havok Journal welcomes re-posting of our original content when it is done in accordance with our Terms of Use.