HomeNationWhy the Military Draft is a “Forlorn Hope” 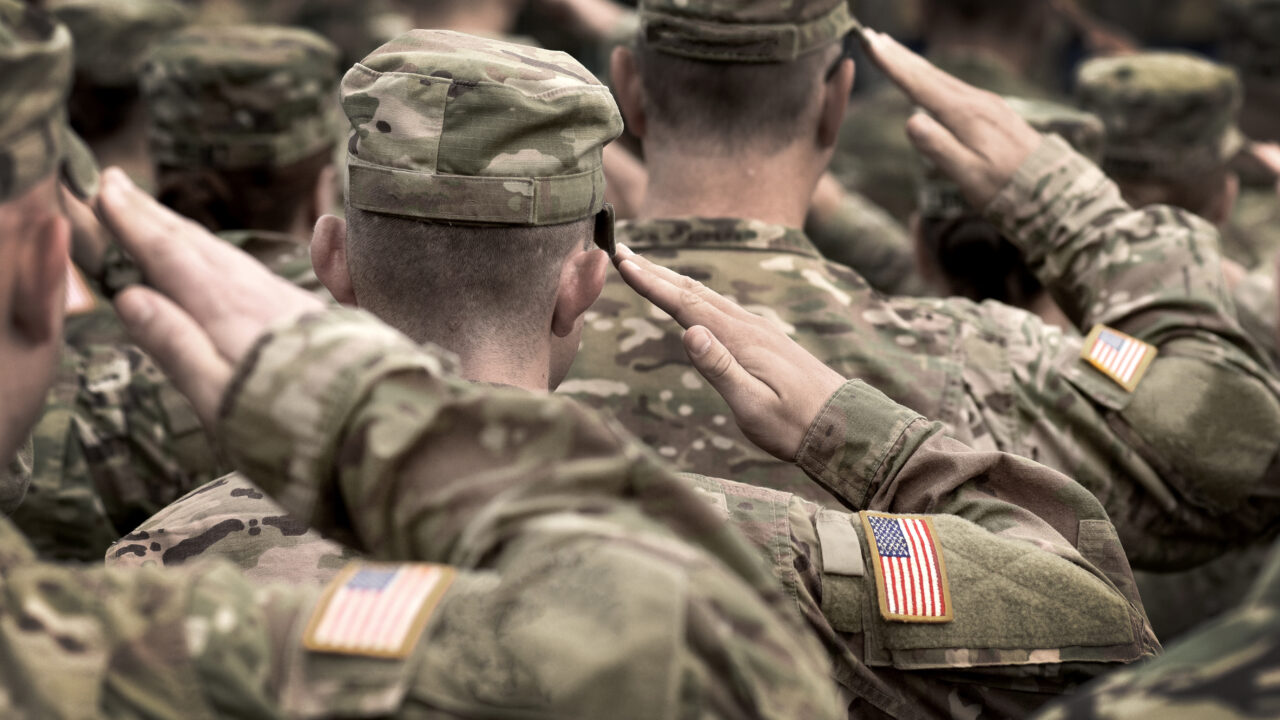 Utopianism and vagueness are not all that these articles have in common. A disproportionate number of them emanate from Harvard University — Luxenberg is a Harvard grad student, and Bridgeland a Harvard grad. James Fallows is also a Harvard man, and tiresomely annotates every Harvard alumnus in his article (other schools get no such treatment). Harvardians’ arms-length embrace of the draft has become something of a joke. As Andrew Exum recently quipped on Twitter, 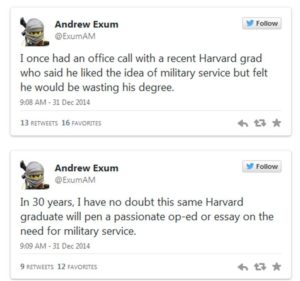 Of course, the problem is not Harvard. That is an institution whose record of service to the nation and martial glory, as measured in the number of Medals of Honor awarded to its graduates, surpasses every other civilian university. The problem is that these authors are excessively self-important.

Fallows is the greatest sinner. In a 1975 article that was both honestly arrogant and honestly regretful, he recalled escaping the draft by lying to draft examiners in Boston during the Vietnam War. He then watched the “white proles of Boston… walk through the examination lines like so many cattle off to the slaughter.” The idea that duty might animate such animals seems inconceivable to him. Or maybe, he can only recognize duty if it is mandated.

Fallows, funnily enough, doesn’t ever call for a new draft in his article, despite sending Epstein out to reconnoiter the terrain (he has called for one in the past). Neither does James Kitfield, in a suggestive recent profile highlighting retired Lieutenant General Karl Eikenberry’s struggles with the limits of the All-Volunteer Force in the National Journal. “Somehow,” Eikenberry carefully, vaguely, and usefully concludes, “we have to find ways to reconnect the American people and their armed forces, so that there is a more direct and visceral understanding of the political, social and economic costs of war.” He is not alone among famous retired generals in rejecting the draft while singing its praises — Mullen mirrors Eikenberry’s studied ambiguity, while McChrystal does not back a draft but a civilian national service program.

In fact, no retired senior military leader or major newspaper’s editorial board has come out in favor of a real return to the draft. That is why former Lieutenant Luxenberg’s assault is a forlorn hope that has — for now, at least — achieved nothing. Such posturing will go on, though. With many of the would-be presidential candidates expressing interest in national service, including Hilary Clinton, Jeb Bush, Mitt Romney, Marco Rubio, and Rob Portman, according to Milibank, there is a draft debate looming.

I, for one, am proud that I am part of a professional force that protects a citizenry free of the burden of soldiering. That force is probably here to stay. The benefits of dismantling it are slim. As Nate Fick argued a decade ago — after Rep. Charles Rangel proposed a draft only to see it crushed in Congress with only two voting in favor — there is no clear military benefit to implementing the draft. And the case that public engagement ensures that we get the political side of war right has always been shaky. The political costs, moreover, are great — in implementing a draft, politicians would be limiting the versatility of the world’s most important force for stability in order to put constituents in harm’s way.

These realities, however, do not matter to everyone. There will be a battle in the newspapers, magazines, and blogs over the draft, and it will be unpleasant for those of us who fear leading conscripts off to war. Sadly, we can expect that it will continue to be characterized by fantastic exaggeration about the ability of the military to solve both America’s problems and the world’s, and by grandstanding by well-meaning people peddling terrible advice. Fortunately, its outcome is predictable. America’s military will remain professional, and its people will remain free.

Second Lieutenant T.S. Allen was an intelligence officer in the United States Army when this article originally published. The views expressed in his work are his own and do not reflect the position of the Department of Defense or any other part of the United States Government.