HomeNationContemporary AffairsTwo Thumbs Down: What Every American Needs To Know About The Iran Deal 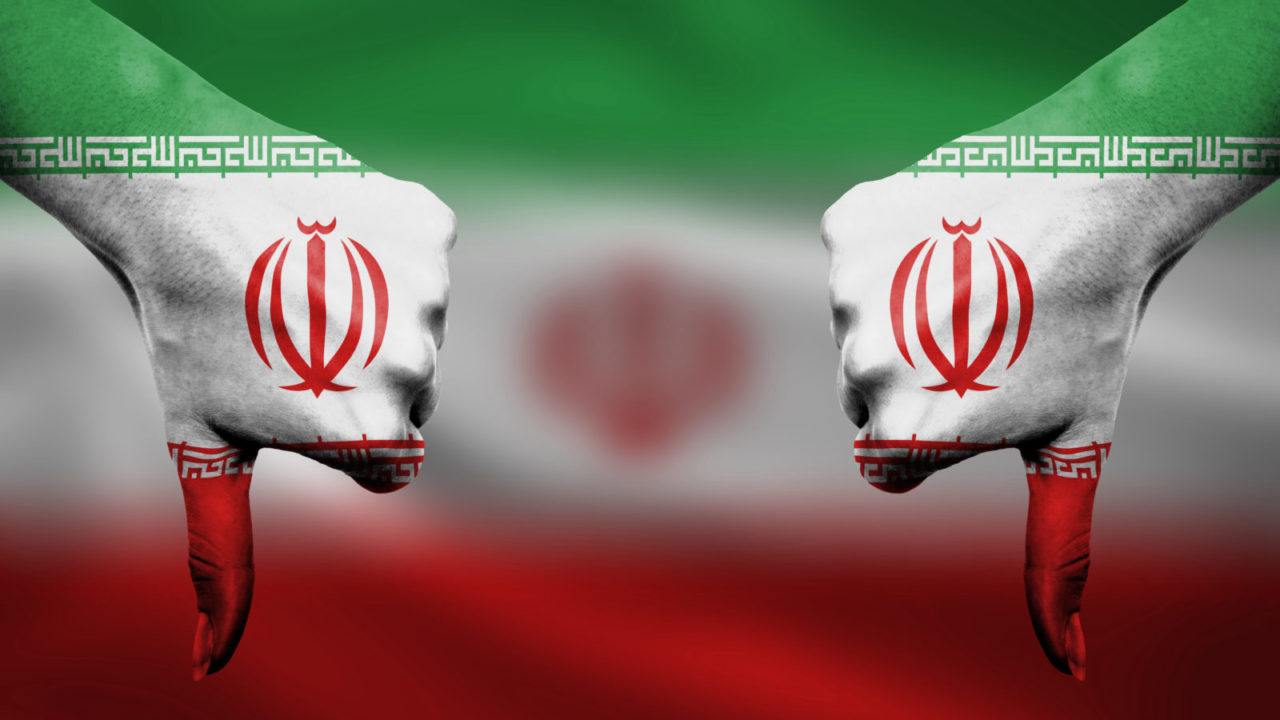 As a child, I can remember watching Andre the Giant wrestle Hulk Hogan.  Andre was this huge giant of a man, an immovable object facing off against the smaller Hogan.   Andre beats Hulk Hogan down to what look like an inch of his life. Then he pauses a moment and flexes for the crowd. Its just enough time for Hogan to make a surprise attack, and out of nowhere Hogan is full of energy. Energized by Andre’s mistake he rises up to defeat the giant. Yes, I was a kid watching wrestling. Yes, it was staged, but it demonstrates a point. When you back an animal in the corner and beat it down, don’t turn your back on it.

Make no mistake, Iran is an animal. More specifically, it is a lion. It has been showing its teeth throughout the nuclear arms discussions and the United States keeps turning its back.

In political and economic isolation, Iran was close to its breaking point, as evidenced by the Arab Spring of 2011. It was wounded and backed in a corner, and Obama decided it was time to make friends with a regime that promotes terrorism around the world, attacks Americans in the Middle East, and has dreams of destroying the United States and Israel.  Most Americans are unfamiliar with the noose around Iran’s neck, so I am going to do a little recap.

Political Isolation
Iran already had a short list of allies before 2005 that included Russia and Syria. The restart of its nuclear program isolated it from key allies. This is evident by the Security Council sanctions that were set in place in between 2006 and 2012. Since Russia holds veto power in the Security Council, Russia agreed to politically isolate Iran.

The political landscape in the Middle East had also significantly changed. Most countries in the Middle East sharing borders with Iran were neutralized as political allies or already strongly allied with the US, such as Turkey, Saudi Arabia and Iraq.  Iran’s primary ally in the Middle East, Syria, was heavily involved in a civil war with ISIS leaving Iran politically isolated in the region as well as the world. In a search for new friends, Iran supported a revolt in Yemen through funding, weapons and troops.   Additionally, 2012 reports from the US state department suggest Iranian involvement in attacks in southern Iraq in an effort to destabilize and fracture its neighbor.

Looking at a map of the Middle East, it is evident that any significant neighbor of Iran’s is heavily influenced or an ally of the United States.  This effectively land locks Iran. Its major shipping access was under embargo. In 2001, the invasion of Afghanistan sealed most of the Eastern border while the 2003 invasion of Iraq sealed the Western one.

Economic Isolation
Economic sanctions were negatively effecting  Iran’s economy. From banking to imports and exports, Iranians felt the burden as Iran’s inflation rate exploded to about 40%.  Sanctions against banking and oil damaged the Iranian economy. Investment from the outside was almost nonexistent, and UN sanctions placed the country in economic isolation.

The US led the way in delivering economic sanctions against Iran since 1979 by freezing Iranian assets after the Iranian students stormed the US Embassy and took hostages.  In 1995, Bill Clinton increased the pressure on Iran by banning US businesses from doing business with Iran. Congress also imposed sanctions the same year for foreign firms investing over $20 million a year in Iran’s energy sector tightening its grip on the Iranian economy.

In 2005, newly elected President Ahmadinejad restarted Iran’s uranium enrichment program igniting a series of sanctions from the United Nations that brought severe isolation to the country from the United Nations limiting imports of both civilian and military items. The UN froze the assets of companies supporting Iran’s nuclear program and banned Iran countries from selling missile technology to the Iranians. The combine assets from by the US, EU and UN isolated Iran from billions of dollars.

Obama’s Hope and Change
In 2011 Iranian students hoped for US support as protesters took to the streets to rally against the Iranian government. Obama announced verbal support for the protesters, but lacked any substantive actions when Tehran’s forces cracked down.  Effectively, the US stance on the Middle East is to let the Middle East fight its own wars creating a vacuum of stability in the region.

This lack of action by the US emboldened Iran to increase its proxy wars throughout the world. By 2012, the State Department clearly stated that Iran stepped up its support of terrorism around the world. “Tehran’s ally Hizballah. Iran and Hizballah’s terrorist activity has reached a tempo unseen since the 1990s, with attacks plotted in Southeast Asia, Europe, and Africa.”

At the same time, The US resumed nuclear talks in Istanbul with Iran while Iran jailed US marine veteran Amir Hekmati in one of it’s most brutal prisons in Iran known for brutalism and torture.  Iran continued to increase its support of terrorism and destabilization.  Amazingly, the US kept negotiating while the rhetoric and actions from Iran showed a lion snarling its teeth.  At this point, the US had the upper hand and nothing to lose from walking away from the table.  Iran was in political and economic isolation, and the US has the power at any time to tactically strike nuclear sites if needed.