HomeNationBusinessSpecial Forces: Market Research, When Lives are on the Line 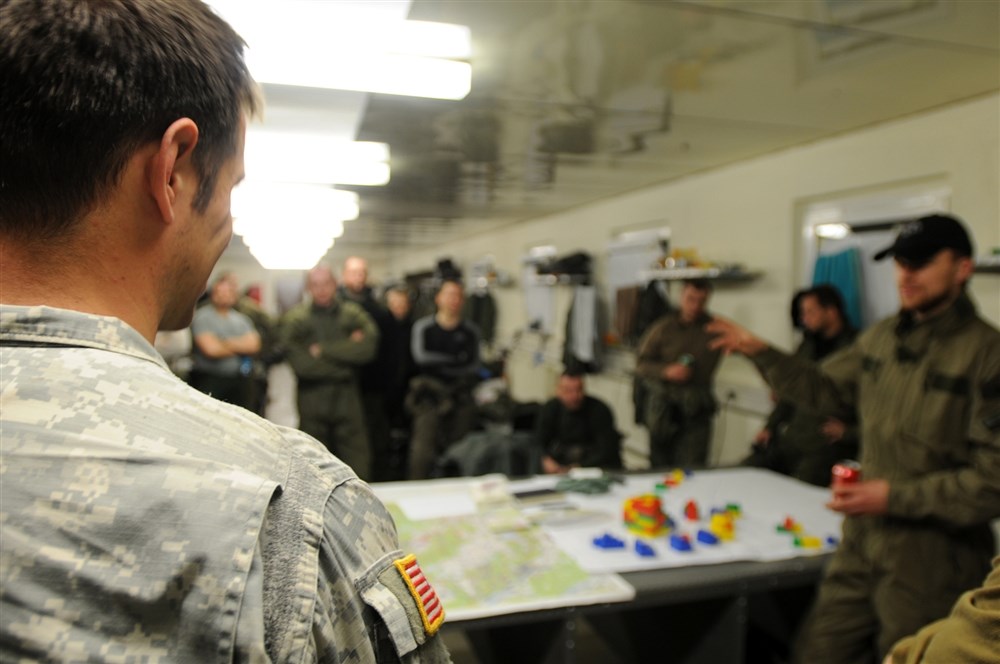 Special Forces: Market Research, When Lives are on the Line
by E.M. Burlingame

This first appeared in The Havok Journal September 6, 2015.

As the Assistant Operations and Intelligence Sergeant for my Special Forces Operational Detachment Alpha (ODA), my job was to always know the Five W’s of who, what, where, when and why operating within our corner of the marketplace. Maintaining this knowledge, staying ahead of the information overload curve, meant many 4 AM Video Conference briefs with higher command, partner agencies, intelligence analysts, theatre commands, and embassies and their country teams. As well as countless hours reading through tedious reports and reporting and open source materials to maintain a thorough picture of the competition and partners and allies operating within the theatre of operations, otherwise, the marketplace. 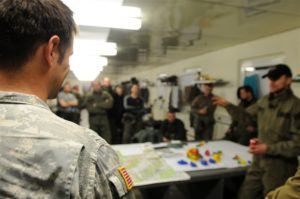 All of this research and scenario development and testing, a considerable amount of which is done on the 18F’s own time, is done for one single purpose. The purpose of all this effort is so that we might at all times know the competitor’s (sic, enemy’s) Most Probable and Most Dangerous Courses of Action. That is, we have to support team, company and higher leadership with a well-developed understanding of how the competition, the enemy, and our own forces, partners and allies would respond to our presence and activities.

This need is the very same for business, even startups. Someone on the team must know the marketplace sufficiently that they can determine the MPCoA and MDCoA at any given time, for any given movement or activity within their market segment and associated segments.

Most Probable Course of Action –

Includes those actions the enemy can reasonably take and which are most probable with particular emphasis on specific and inferred reactions to friendly actions;

Most Dangerous Course of Action –
Those actions the enemy can reasonably take but is not likely to, however should the enemy choose, would require a serious departure from your own course of action.

The requirement to know the competitor’s MPCoA and MDCoA at each phase of the operation is critical to the ODA’s own Course of Action planning. Without knowing who the competition is in great detail, how they are positioned within the marketplace and the full spectrum of their reasonably taken responses, from benign to dangerous, any COA developed will be impossible to war-game. Without war-gaming proposed CoA’s there can be no real assessment of your plan. And a plan that has not stood the rigorous assessment provided through war-gaming is really not a plan at all.

This planning truth holds equally true for the battlefield of conventional and unconventional warfare as it does for the highly competitive and destructive battlefield of startups. One of the greatest difficulties when we talk with most first time startup management teams is a complete lack of awareness of the marketplace, of the competitors and partners and allies within, and how each and all are moving against and with one another and to what end. Far too often we hear, “Well, this has never been done before so there are no competitors,” or “Well, because of this unique little nuance no one will be able to compete with us.” These are of course always false statements.

As with the battlefield of war, there are always competitors! And as with quantum mechanics, the simple act of observation changes the observed. Meaning, in context of business, the very act of doing anything at all changes the environment, forcing all of the elements within that space, marketplace, to adjust accordingly, at times violently. Leading to, it does not matter how revolutionary and singular your business or product or service is, or if you are competing in a previously void domain within the marketplace, you are still competing-positioning for the spending dollars of the client, for skilled labor, for partners and allies and Capital at the least, if not also with local, national and foreign governments.

P.A.C.E. planning discussed in the previous post, provides for multiple Course of Action development in the event of prime, subprime, bad and horrible environmental changes. However, in order to get to the final CoA for each segment of the P.A.C.E. plan multiple CoA’s are actually proposed with war-gaming providing for refinement of these multiple CoA’s into a single CoA with the highest likelihood of success. With the MPCoA and MDCoA providing the ability to war-game and rate each CoA proposal, in whole and in part.

In my role as 18F it was the lives of my teammates, attachments and allies as well as adjacent units which was on the line. And it was this criticality which drove the diligent and detailed efforts put in to truly know the competitive environment we were moving into. When people’s lives are on the line, it is a zero fail situation. You have to clearly identify the competitor’s MPCoA and MDCoA and plan accordingly. And while in the world of startups it is not the imperative to not get any blue force killed, there is the absolute imperative to realize a real Return on Investment for shareholders and stakeholders.

To use the words of the lead investor in the very first Silicon Valley startup we launched in 2000, “That $45,000 you just lost was the new Mercedes I was going to buy for my daughter this Christmas.” When pitching your company, ensure you have done in-depth and detailed market research and know what your competitors MPCoA and MDCoA are and be able to clearly articulate this and your P.A.C.E. plan for addressing these. And know that while it is not lives on the line, there are real assets at risk and every dollar an investor places in your startup is taken from somewhere else, whether another deserving company, another type of investment or from an intended gift to someone the investor cares about. Do your market research and do it exceedingly well, not as a onetime exercise but as a regular part of ongoing business planning.