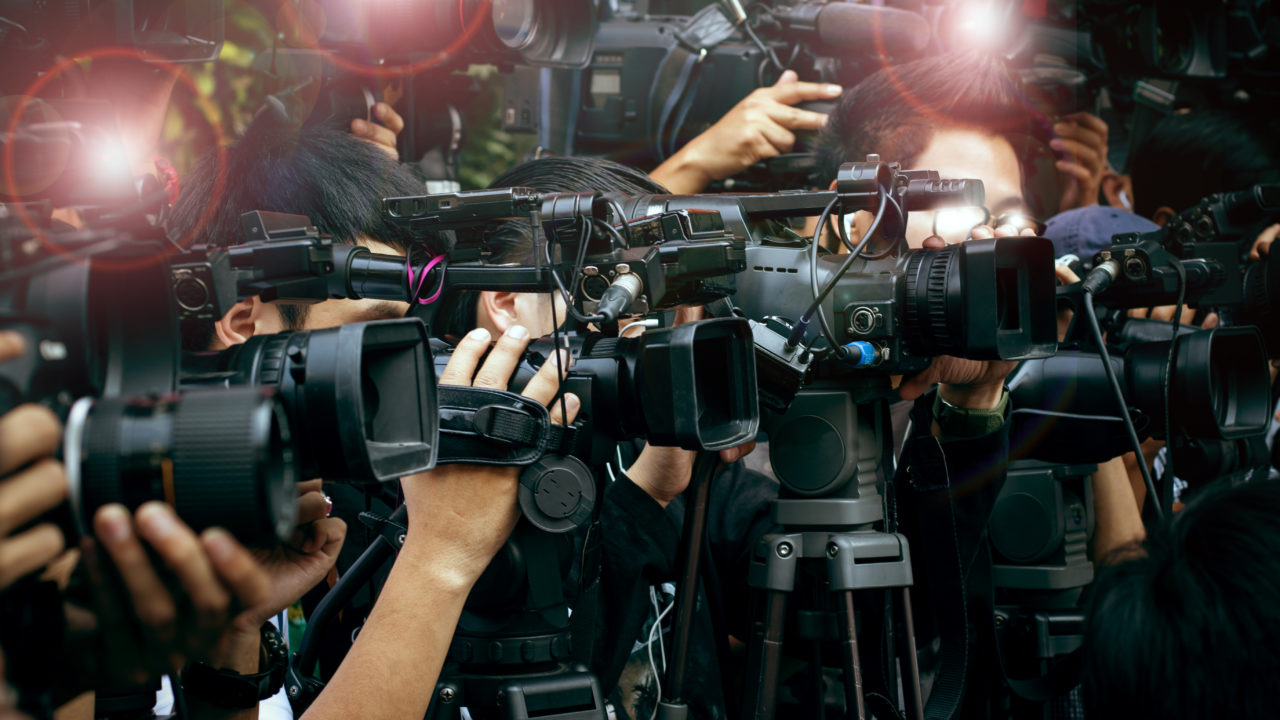 Editor’s Note:
Race issues have been in the news a lot lately and while many media outlets are afraid to even touch the subject, we are not; what is important to our readers is important to us.

In this article, Leonard Benton steps back from his regular analysis of international affairs and takes on an issue much closer to home: racism in America.  We know that this piece is likely to be controversial but our intent is that this article is the first from many different authors with many different views who can provide insight, analysis, and suggestions that spur discussion, understanding, and ultimately, drive solutions.    If you feel strongly about this subject, let us hear from you either in the comments section or through the email address at the bottom of this article.

Racism is alive and well in America today. Some of you may find that hard to hear but it is true.  What many people refuse to recognize is that it appears to be perpetuated by external sources.

Every media organization has one goal in mind: they intend to make money. In order to sell their commercial airtime, they need an attentive viewing audience and nothing is more attention-grabbing than violence. From my viewpoint, they are being very selective about it. In the last week, while Ferguson has played out in the news every night, several people were shot by law enforcement across the country. Where are those stories?

In absolute numbers, whites are killed more than blacks. The population size determines that. From 2003 to 2009 (http://www.bjs.gov/content/pub/pdf/htus8008.pdf fig 53), white police kill whites 56% of the time. Blacks are not killed by law enforcement in a higher overall percentage than whites are but the numbers are nearly double the percentage based on population. The issue is that based on population density, if the black population was the same size as the white, then the numbers would be significantly higher. That might indicate a racism problem, or it may indicate other problems that people simply don’t want to talk about. Overall, homicide in the U.S. is going down but even more telling, based on Bureau of Justice Statistics, whites are killing whites 84% of the time and blacks are killing blacks 93% of the time. Those percentages are not about the size of the population, but the number of incidents.

Blacks are being killed out of proportion to their population, but the ones doing the overwhelming majority of the killings are fellow blacks, not whites regardless of being law enforcement or not.

A black male has more to fear from another black male than from anyone else in the area of violent crime but there is a stereotype that is being perpetuated that there is a race war being conducted and that police are deliberately targeting blacks.

I listened in shock as black coworkers saw the news when a second individual, another young black man, was shot and killed after closing to within three or four feet of the police with a knife. A coworker actually stated that cops killed the man because he was black. “A cop will shoot to wound a white person but they will shoot to kill a black.”

The fact that anyone with a knife inside 6 feet is considered a lethal threat was irrelevant and the idea of shooting to wound not only preposterous but also fraught with jeopardy on the part of the officer and the community. Hitting an arm or leg is not easy and requires a level of skill most standard law enforcement officers simply do not have. In addition, they have to make a choice in a split second.  That is why they are trained to aim for center mass.

The SCOTUS has ruled in Graham V. Connor that the Objective Reasonableness Test, in basic, you cannot view the events after the fact and determine that excessive force has been applied, you must attempt to view the use of force based on what the law enforcement officers knew at the time.

To view the shooting of Michael Brown or the unnamed individual with the knife, we must then view the situation from the point of view of a reasonable officer to whom no bias of any sort is applied, and determine if we would in fact make the same decision.

This gives blacks a higher percentage based on the population, but there are two factors that are misleading. One is the location of the major areas and two is the use of a percentage at all.  Blacks, according to the 2013 census data, make up 13.2% of the population. That is over 40 million people.

The highest reporting states California, Texas, and Florida.  Missouri is at 26 law enforcement arrest-related deaths over the 6 year period. The proof is there that blacks encounter law enforcement more often, by percentage than the population percentage, but the evidence is NOT there to support the notion that there is some sort of racial profiling epidemic going on. The states with the highest numbers also have large urban areas with high levels of poverty in concentrated areas.  Those conditions create crime, it doesn’t require race to be a factor.

Factor in the media, and we have the makings of a huge misconception that is undermining the Nation and exacerbated by the stereotype that white cops are out to get blacks. Even Eric Holder has made statements that he has been harassed by police. Maybe he was attempting to establish rapport with the citizens, if so, I think his “I understand the mistrust,” is ill-advised and only feeds the false sense of persecution.

Then look at the media circus surrounding the independent forensic autopsy performed on Michael Brown which gave no definitive conclusion, and yet that report has been used to draw them. The story is being tailored to what people are expecting to hear.

The appearance is that the police are not to be trusted. Black parents have even been reported on telling their sons how to act so that they will be safe in public especially against police. Trayvon Martin and Michael Brown are now role models of what happens if you are a young black man in America.

But how true is this? For one thing, the evidence in the Trayvon Martin case points not to a threat to young black males, but a threat from them. Yes, Zimmerman followed Martin and profiled him but following is not against the law. According to testimony Zimmerman had already disengaged from his encounter and was waiting for police when Martin assaulted him. Martin had a choice to go home; the evidence shows he turned to attack the person following him.

Is the media deliberately stirring the pot? I cannot say that they are without more evidence. But I can say that they either don’t care or are more interested in the storyline than the facts. Zimmerman was tried in the media and presumed guilty but in court that was reversed.

Of you apply Objective Reasonableness to the case, Martin did not have justifiable reason to attack Zimmerman but Zimmerman had justifiable reason to shot and kill Martin. The media tried to paint a picture that was refuted in court because the media is not required to follow the law; they can speculate without a shred of proof and the barest of facts.

That type of speculation does two things, it stirs people up unnecessarily, and it makes money for the media corporations because the sensationalism causes people to tune in.

The numbers tell us a story but every story has two sides. When people look at the crime statistics, they can claim that blacks are being targeted by law enforcement. They can claim, using those same numbers, that blacks are killed at a higher percentage than the overall population. It is not wrong to look at it that way but it is not correct either. Regardless of circumstance being a criminal is voluntary behavior.

Demographic density, poverty, urban blight, and employment all play a factor. I look at the numbers and I see a large population in urban areas with low job development and high crime rates. Those areas are predominately black and the crime is predominately black on black crime.

Using just the numbers homicide in the United States in 2010 has dropped from a high in the ’90s of 25,000, to 15,000. That is still a lot of people but nothing close to the number that using a percentage will inspire you to believe and 93% of those deaths were black-on-black homicide.

That may not be good but it does not substantiate the idea that blacks are targeted by law enforcement simply because they are black. Why does the black community believe that they are being persecuted? I can only assume that it is in part sensationalism and a belief in the lack of opportunity and employment.

That the fear is real I do not dispute but that fear is fed from within.  Every incident, every slight, cannot be racially motivated. Yet they are perceived that way and that perception is not backed up by the numbers. The answer must come internally.

The black community has to determine if they are victims of oppression or self-inflicted fear caused by being told that they will not achieve because they live in an environment where achievement is difficult.

Until the community as a whole realizes that they are their own worst enemy they will continue to perpetuate the belief in oppression though, in reality, it may not actually exist or be a severe as it is claimed to be.