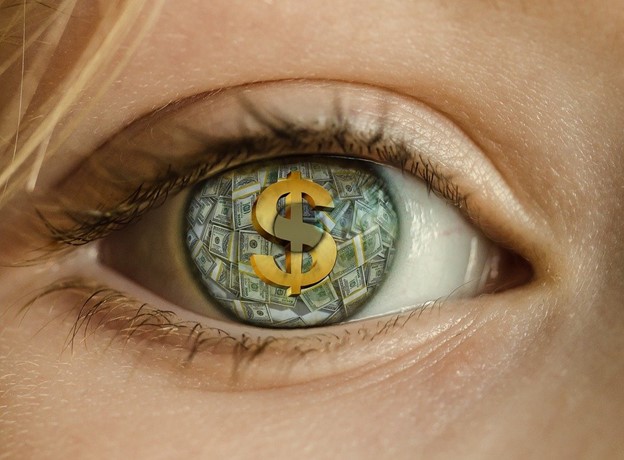 “Get More” has become the American Dream. I’m afraid that someday those two words may appear on the pedestal of the Statue of Liberty instead of the lines from Emma Lazarus’s sonnet “The New Colossus” – “Give me your tired, your poor, your huddled masses yearning to breathe free.”

Now with even tougher times, COVID-19, whole states buried by winter storms, it seems only natural that people want to get “theirs.” Can’t blame them. Self-preservation is way at the top of our inborn instincts. And maybe if we were wild animals in a jungle, that would be the way to go. But we’re not!

Take a look at the disaster in Texas. The pain and even death inflicted on the average “Joe” who couldn’t escape to Cancun is real. One cause – those in power wanting more and willing to give less to everyone else – inadequate infrastructure, lack of preparedness, poor regulations, etc., etc. were all there so when severe weather hit, it blew down their house of cards and left people without utilities to freeze in place. And it was NOT any green policy that has yet to be implemented. Trump was too busy “draining the swamp” and for that kind of stuff. And the wind turbines fared better than the gas plants and other utilities.

As for those poorly regulated utilities, they made sure to have laws in place enabling them to charge back to the little Joe the cost of their mistakes. And you better believe it – at the end of the year management and the board will be getting big bonuses and some of that will be going into the political coffers of their enabling politicians. Just “getting more” – business as usual.

Sad. Sad not to realize we’re all in the same boat; you can’t get more if someone has less, not in the long run. Don’t wish to pay for infrastructure? Are there enough emergency vehicles to respond to natural disasters?

Inadequately funded public schools and private schools for the wealthy are part of the same picture. Most people are stuck doing less than poverty-level minimum wage jobs. Well, they certainly can’t pay as much tax as you. Heck, I’d be out there wanting everyone to be making more money than me, inventing stuff I can take advantage of… that doesn’t happen if I don’t provide equal opportunity and incentives to help them go as far as they can. That’s for everyone especially minorities and especially women who have suffered discrimination for too long.

There was an interesting article in the New York Times (2/21/2021) by Heather C. McGhee citing a study by the Federal Reserve Bank of San Francisco. The USA’s output in 2019 would have been $2.6 trillion greater if the earning gap between white men and everybody else had been closed. That’s big bucks and it also means that the goods and services represented by that amount were NOT available to you and me. I’m pissed that’s one cost of prejudice – not providing opportunities for everyone to perform to the best of their ability. And $2.6 trillion was the shortfall for just one year.

Seems stupid. You don’t gain anything by putting someone else at a disadvantage. And if it was $2.6 trillion that one year, I can’t even imagine the cumulative costs ever since white men came to this continent and started “getting more” by taking land from Native Americans, enslaving others, and denying equal opportunity to anyone that doesn’t look like them. It’s just stupid and I dislike stupid. We must educate people, show them how we’re all in this together, in the same boat together – yeah, the planet earth.

So let’s do some rowing together and see if we can’t get the boat to shore safely or at least headed in the right direction. We’re all grunts. And remember about being on the same team? We can do this if we work together. Everybody counts.

But I can only pull my own oar – do the best I can at any given time. It would be nice to be able to slide over when I’m tired and have someone else take a turn at the oar. If they need basic training, why not provide support so they can take a course at the local community college or voc-tech?

If you’re a Vet, there should be someone in the Vet’s administration with whom you can talk or a local job service that provides information about career possibilities. They can also help you assess what you can do to go forward and pick up an oar. Or ask a buddy, we’re on the same team!

TAKEAWAY: Since we’re on the same team, let’s smile and encourage each other. Your friend’s down in the dumps – give him or her your support like you did when you were deployed. Seems to me that we’re all under fire.

I’ve a Russian friend whose son served with the Soviet troops in Afghanistan. The son is in a rough space battling his PTSD demons. Please keep him and others in your prayers and thoughts in the days to come. Extending membership in our team strengthens us all. Thanks.