HomeNationBusinessHire a Vet, But Not Just Because They Served 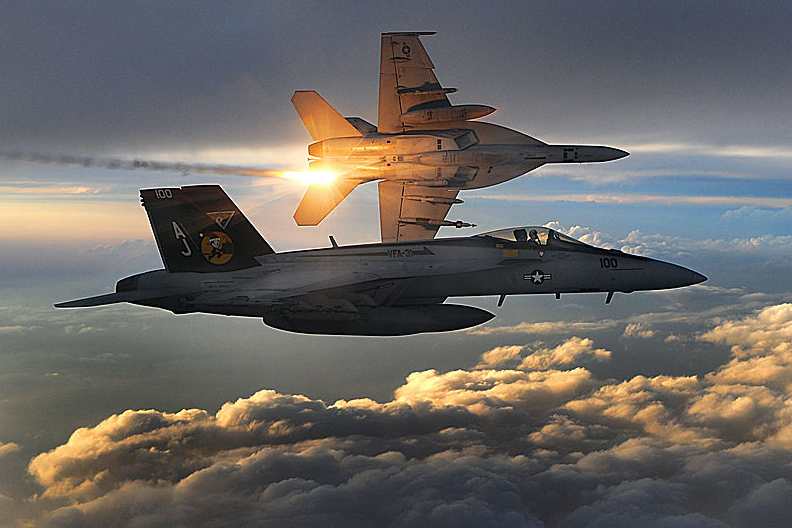 Prepare to get ticked off because some people are going to have a gut reaction to what I’m going to say and not use their critical thinking skills first. So go ahead and get angry, and then think about what I’ve said.

A few days ago it was “Hire a Vet Day” and social media was flooded with various people telling everyone to hire a vet just because they are vets. Now don’t get me wrong, I’m a little bit of a vet myself and I am pro-vet, and still stand at attention with my hat over my heart during that National Anthem and I appreciate my fellow vets – as a group.

But I don’t appreciate every vet just because they are a vet and I don’t recommend hiring someone just because they served. What prompted this latest verbal diatribe of mine was this posting on LinkedIn by a veteran’s advocate at a large defense supplier.

“Is your company hiring? Right now we’ve seen that a certain demographic is excelling during the pandemic, that’s Military veterans! Military veterans easily operate during stressful times and can hit the ground running. That’s just one reason to consider, here are more:

They have an accelerated learning curve
Natural leaders
Teamwork is at the core of what they do
Diversity and inclusion is the Norm in the Military – They have the sensitivity to cooperate with all different types of individuals
Respect procedures
Globalization – They can bring the kind of global outlook and technological savvy that all enterprises of any size need to succeed
Integrity
Conscious of health and safety standards
Ability to Triumph over Adversity
We believe in Veterans, you should too!”

Now to be fair this guy came from an IT background, so he was probably sheltered from the real military and maybe he was even an officer and drank the Blue Kool-Aid (as we say in the AF) and my first instinct was to reply and correct his wayward thinking. But I didn’t because I’m trying to be nicer in these times of stress and I know his intentions were good.

But REALLY?!?!?! If you served in the military for even just one enlistment you know that this list is an extreme generalization and I’m so fired up about it I’m going to cover each item point by point just to make a point. Yes, his list may be true for lots of vets, but not all vets.

They have an accelerated learning curve. I knew a guy that would walk right in front of running jet engines in the intake danger area. How he never got sucked in nobody could ever figure out. Maybe he was too dense – physics-wise. We pulled him away at the last minute numerous times and showed him pics of what happens to people who get sucked in and he still kept doing it over and over again. We finally had to ban him from the flight line. He was just one of many examples of people who were dumber than a box of rocks and I know you have personal examples of your own that come to mind.

Natural Leaders. Yeah, everyone in the military is a natural leader. It’s the leadership schools that everyone has to attend that do it. Those schools are so effective that it’s why today’s military is rife with toxic leadership. Do you sense my sarcasm here? My example is a Major who used threw a party for the officers using funds earmarked for Gore-Tex for flight line maintainers. He just told the maintainers to get to work early to get a loaner set of yellow plastic rain suits. The funny thing was that there were only five sets for about 35 maintainers. So if it was raining you were just going to be wet all day. (Yours truly had promotion paperwork shredded twice for ratting out said “leader”) Fortunately, the Wing King was a former Marine and was not too happy with the Major. Thank you, USMC!!

Teamwork is the Core of What They Do. Should I even really address this one? Although the term “goldbricking” is archaic it still fits. What happens when an unpopular or difficult task pops up? Places become ghost towns. At the end of the flying day, it’s common to need a crew to tow an aircraft into the hangar and some folks sneak quickly out the back door rather than stay an extra fifteen minutes to help. I had young troops during Operation Iraqi Freedom complain that they shouldn’t have to help out because they just joined for college benefits.

Diversity and Inclusion are the Norm in the Military. News Flash! There are still racists, sexists, homophobes, yadda yadda yadda, in the military. Ammo troops in the Air Force have an acronym they use all the time and it’s their credo. IYAAYAS. If you don’t know what it means then Google it. Anyone in the AF who isn’t an aircraft maintainer is a “Nonner” and it’s pretty much derogatory. And if you aren’t a Crew Chief then you are one of the lower class maintainers – a specialist. And the Army has POGs and REMF’s. I’m guessing the Navy and Marines have their exclusive groups as well. I don’t care about diversity and inclusion programs. I don’t care about which X or Y chromosome you have or what DNA code you have or what country your sperm and egg donors came from. Just do the job you signed up to do to the best of your ability and I will respect you as a human being and I will do my best to help you advance in your career. Period. But we all know plenty of people in the military who discriminate and exclude for all sorts of moronic Cro-Magnon reasons.

Respect Procedures. I LOL’d when I read this one. How many people have been killed or equipment destroyed because military people didn’t want to follow procedures? Let’s see what great example we can use here… Oh yeah, remember the video of HumVees falling out of the sky in Germany (I think) without parachutes? I gotta say it was epic! And speaking of leadership, the Army prosecuted the guys who caught it on video because they were laughing. Idiot leaders! I laughed when I saw it. Not because of the destruction of taxpayer-funded government property, but because it was like a cartoon. And we all knew someone had screwed up and there was going to be hell to pay all up and down the line. I’ll also mention that I ran a QA office in the Air Force and have the stats, yes it’s tracked, that show how much respect military people have for procedures.

Globalization. Yeah – Aloha Snackbar, Durka Durka, Ragheads, etc. We have a great outlook on all the “Stans” and think that some of those places should just be bombed flat. I think the issue may be that military people do have an accurate global view, but it sure doesn’t match up with Corporate HR policy and thinking. Treat them nice and they will treat us nice is not the mantra that any vet who has deployed buys into.

Integrity. Where do I begin with this one? Let’s see… oh yeah. How about the Air Force Colonel who was in charge of the sexual assault program who got busted for sexually assaulting multiple female enlisted troops? Or the Air Combat Command General who told all his people that anyone who contacted their elected officials about saving the A-10 Warthog was committing treason and all his leadership did was to reassign him to a new base? Funny thing is that Integrity is one of the three Air Force Core Values. Integrity, Service Before Self, and Excellence in All We Do.

Conscious of Health and Safety Standards. Ok, I’ll give him that one. Conscious only means that people know about them, not that they follow them. I have so many examples. There was a troop who wanted a dummy 30MM round and he couldn’t get one so he stole a live one, put it in a vise, and then set a propane torch on the casing to cook it off and left the building. Yeah. Should we even talk about burn pits?

Okay, so what’s my point? It boils down to this. We shouldn’t be painting all vets as having all these great qualities because it’s simply not true. And if people hire vets based on our oversell then they’ll lose faith in what we’re saying. I tell employers all the time to interview people thoroughly for the qualities they are looking for and to involve other vets in their company in the hiring process. Because generally most vets can pick out the losers and the players and know the real truth about what kind of people are in the military. Besides that, we can normally make a few calls to get the straight dope on someone.

One last thing to note. Some people will say that you should hire vets because they were patriotic and volunteered to serve this country. My answer to that is the kids that worked for me just to get free college. Should I hire those vets for their great quality of figuring out how to not have a student loan?

So light up your flamethrowers and roast me. I passed well-done decades ago.

This first appeared in The Havok Journal on August 12, 2020.