HomeNationBusinessGameStop and Weaponizing the Dip 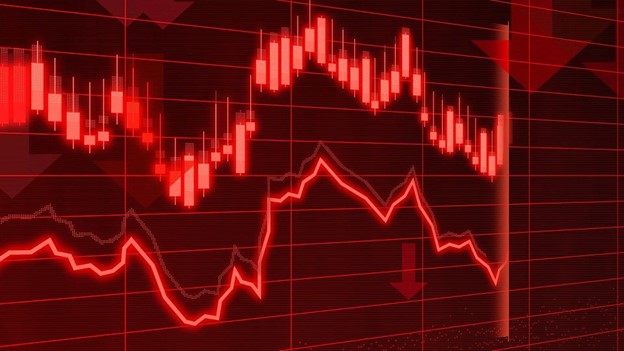 There was nothing incorrect, or illegal about a large group of Redditor users coordinating via message boards to drive prices of low earning stocks up or down, at least as of yet. Collaboration with intent, versus maligned manipulation as best as the casual observer can tell. It was an innovative and outside the box solution focused on how to gain a partial advantage over larger investors who owned more shares and therefore the buying power to short stock prices.

Creative manipulation via the masses aggregated disparate users together leveraging technology to counter the larger investors in compressed time and make some short term gains in the process. Although this made for a beloved American tale of the common man prevailing over the institution, it showcased that the tools to leverage and then exploit the mass principle of warfare can be executed precisely by amateurs within the economic element of governmental power. This could be an issue.

It was not seen as an issue socially within a capitalistic society that painted the “little guy” taking on “BIG money” hedge funds. The stories’ secondary effect upon a more critical review is what is vastly more significant. The little guy piloted a swarm style attack on the United States market. This case study is absolutely invaluable to the United States peer or near-peer adversaries. By studying this case within a completely open-source means, adversaries of the United States can re-create the steps, processes, and techniques used to coordinate and or manipulate targeted stocks.

The most attractive thing about American’s exploiting Americans to our enemies is that they only reap the benefits and only Americans lose. A United States versus United States case provides the built-in pilot data while also being packaged with complete plausible deniability from adversaries who could use this garnered knowledge for more nefarious reasons.

Given the vast evidence of peer (China) and near pear (Russia) adversaries robust state-sponsored Information Operation Cyber farms consisting of dedicated bots or digital cyber warriors to attack the US, it shouldn’t really be a shock if a coordinated attack comes, but when and what is the U.S./ market response. Perhaps the state-sponsored attack never comes, yet a larger non-state actor identifies the viability of sponsoring the next short squeeze of a targeted stock to fund their illicit activities.

In the article “The GameStop saga is a road map for the Kremlin and other enemies of America- here’s why” the author’s state:

“Regrettably, the SEC has been relatively slow to understand the implications of social media juicing or suppressing stocks. Social media has been around since the 1990s and took off over a decade and a half ago. But it wasn’t until 2015 that the SEC issued an investor bulletin flagging the likelihood of false information being laundered through social media to juice or depress individual stocks and highlighted the two enforcement actions it had taken over the preceding five years.[i]”

The ironic part of the above article is that members of the Geo-political economics trusts are identifying the gap and seam that was just created far before our countries’ Defense Industries or Cyber Leaders are willing to admit. “Buying the Dip within the context of the market refers to going long on asset or security after its price has experienced a short-term decline.[ii]” So if buying the dip is a common method leveraged within the market to gain, what happens with those with a military mind begin applying principles of warfare. Instead of a monetary gain, adversarial actors begin deliberate manipulative assaults, just to create fog, friction, and ambiguity.

The success of a few hundred Reddit users to topple financial giants and beat them at their own game will be looked at as a viable means to attack the U.S. Economy and aid to destabilize the world markets as a secondary effect. Especially by those who have the ability or knowledge to coordinate timed swarm attacks digitally. Weaponizing the Dip should concern United States Governmental leaders across all elements of governmental power and responses are necessary immediately.

[i] Lipsky, Josh and Wechsler, William; https://www.msn.com/en-us/money/markets/the-gamestop-saga-is-a-road-map-for-the-kremlin-and-other-enemies-of-america-here-s-why/ar-BB1dihnY?ocid=uxbndlbing, accessed on 1 FEB 2021.

Major Joshua A. Lyons is a graduate of Indiana University Class of 06’ where he was commissioned as a United States Army Air Defense Officer. He holds a Master’s in Military Operational Arts and Science from the United States Air Force Air Command Staff College. He serves as the Active Defense Chief at the Army Air Missile Defense Command level within the Combined Air Operations Center. He additionally served a three-year tour as an Operational Advisor with the U.S. Army Asymmetric Warfare Group as a Troop Commander and the Group S-3. His other works include Defining Cross Domain Maneuver for the 21st Century, the U.S. Army Travel Awareness Handbook, and multiple articles within the Small Arms Review and the Asymmetric Warfare Journal.

The views expressed are those of the author and do not reflect the official position of the Department of the Army, Department of Defense, or any other organization.